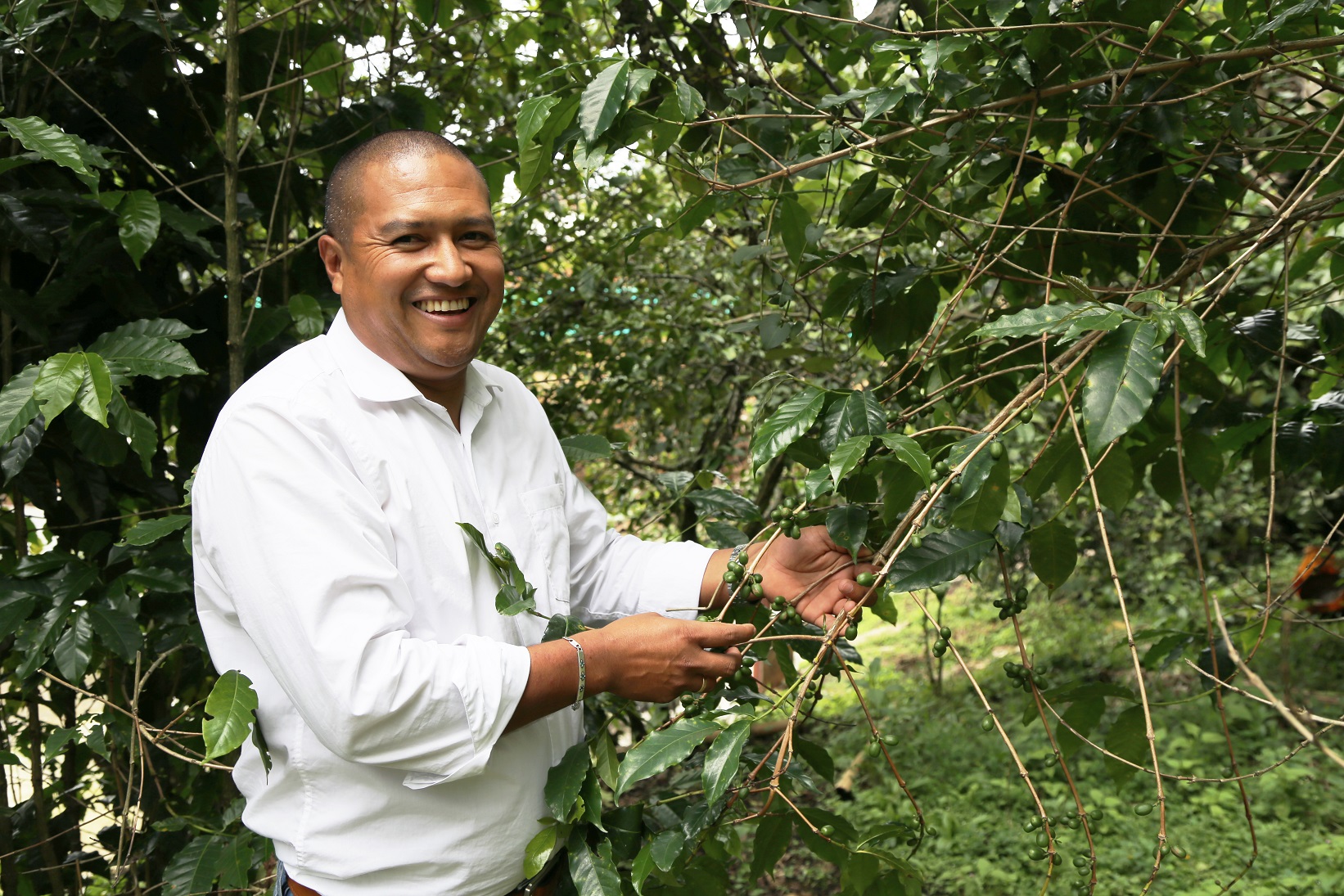 James Fernandez has been growing coffee for more than a decade, after a difficult financial situation inspired him to save money and invest in his future as a grower and producer: He began in coffee in 2004, when he was able to save enough money to buy a small parcel of land and, eventually to achieve his Q-grader certification. His farm, Finca La Laja, is 7 hectares, on which 5 hectares are planted with coffee (one-half hectare is set aside as a forest reserve). He grows about 25,000 trees, in Colombia and Castillo varieties.

On Finca La Laja, the coffee is picked ripe and depulped the same day, as well as sorted through azaranda, or a kind of screen that removes impure beans after depulping. The coffee is "double fermented," which means that it is allowed to sit overnight in the depulping hoppers in full cherry before being depulped; it's then moved to fermentation tanks and left dry for 24 hours. It's washed three times before being placed in parabolic dryers for 10–12 days.

For more information about coffee production in Colombia, visit our Colombia Origin Page.