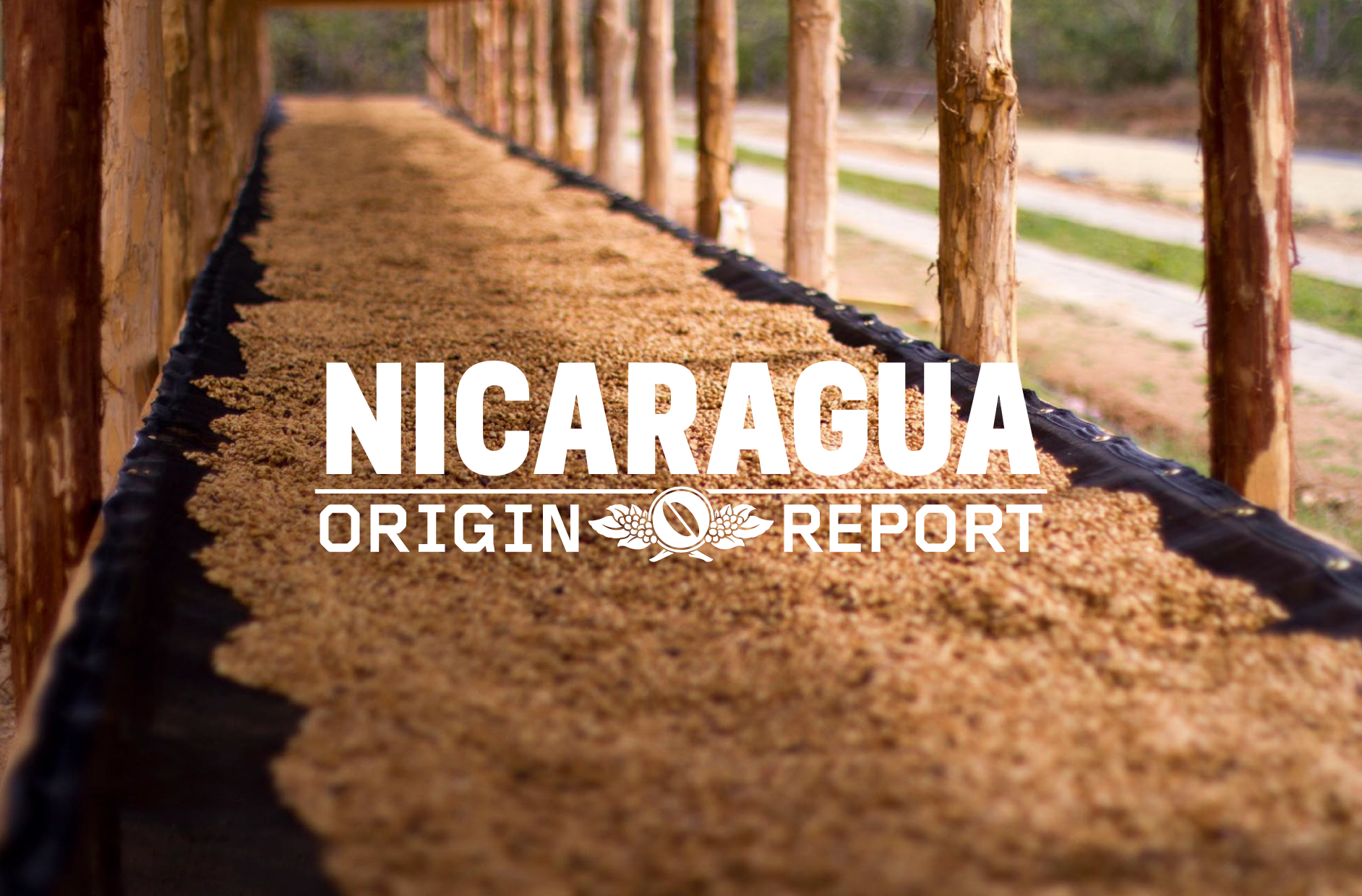 Every coffee professional falls in love with the history and lore of Ethiopia, and the diversity and innovations of Colombia. Costa Rica has its processing savants, Kenya has its flavor bombs on the cupping table, and Brazil has its exceptional volume and value. Nicaragua, despite being the largest country in Central America and one of the longtime cornerstone origins for Fair Trade–certified offerings, is often overlooked in its profiles’ quiet reliability, its coffees that taste like coffee, and its relative obscurity for coffee travelers. Additionally, another unfortunate recent disadvantage has been the country’s continued presence in newspaper headlines, which often distracts from its presence on an offering sheet or on a menu display.

We are in love with Nicaragua, though, and when we fall for a place, we fall hard. Over the past couple of years, our focus has been on the small specialty producers of Dipilto in Nueva Segovia, nurturing relationships that display huge potential, as well as a continued commitment to the cooperatives with whom we’ve enjoyed strong, stable partnerships for years. While the past few months have been especially hard on the people of this beautiful country, we have found much to celebrate in the highland farms and with the growing specialty-coffee sector: We bet that by the end of this report, you’ll be just as in love—and just as devoted—as we are.

Travelers to Nicaragua often come home waxing romantic about three of the most iconic flavors the country has to offer: the national rice-and-beans dish of gallo pinto, the smooth sweetness of Flor De Caña (we prefer the 12-year aged), and, of course, the coffee. A long history with the crop here means that there are still loads of good quality, old-stock varieties to be found, such as Caturra, Bourbon, and Maragogype; and Nicaragua’s underrated reputation as a coffee producer means that most of it is very affordable.

Actually probably too affordable, from a sustainability point of view: The cost of production can be high because of the remoteness of the farms and the relative lack of extensive national technical and agronomy support as those that exist in powerhouse producing nations like Colombia or even the smaller, more-specialized Costa Rica, and coffee prices are typically lower thanks in part because of the country’s sleeper status as a specialty producer. Even the Cup of Excellence–winning coffees command modest prices compared with other contests: The first-place scoring coffee for the 2018 competition scored 91.8 points with the jury and went for $31.60/lb. (For contrast, this year’s Costa Rica winner scored 91.29 points and fetched over $300/lb green.) 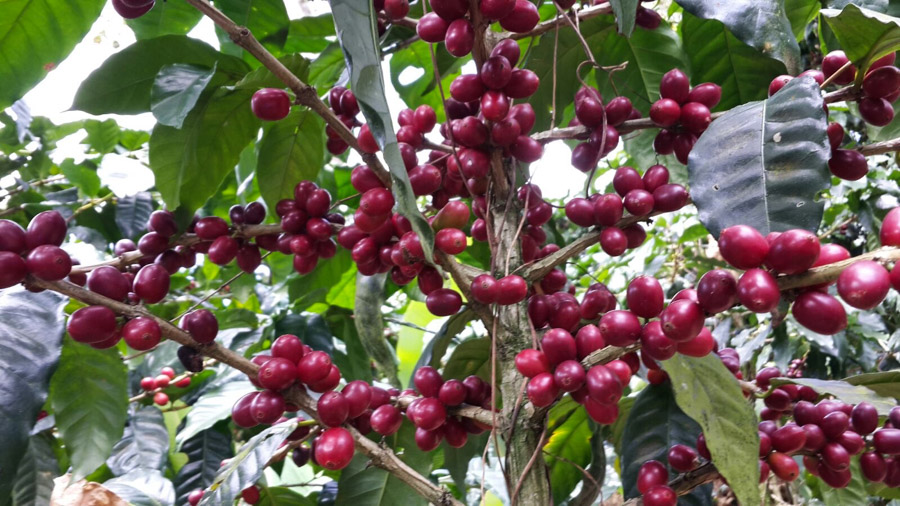 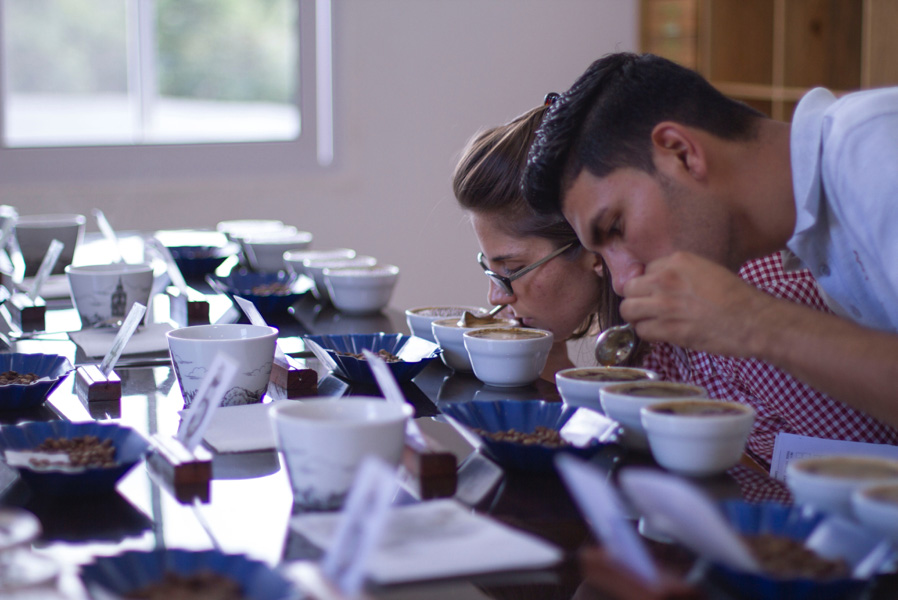 Nueva Segovia is the area to watch, and that’s where Luis has been spending the most time and laying strong new foundations. The region, which is along the northern border butting up against Honduras, is very quickly establishing itself as the focal point for the best and brightest the nation’s caficultores have to offer, and is currently in the process of achieving “denomination of origin” certification within the country of Nicaragua. Six out of this year’s top 10 CoE winners hailed from Nueva Segovia, including third-place farm Jesus Mountain Coffee, a new partner for us at Cafe Imports through our relationship with the micromill Cafetos de Segovia. 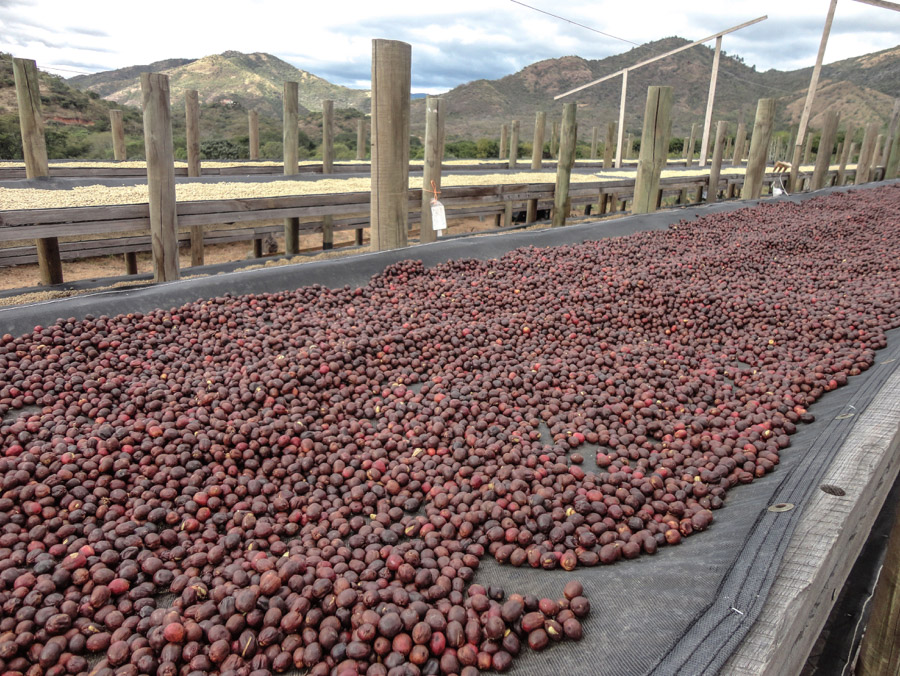 Since the coffee quality is clearly there, why doesn’t Nicaragua make a bigger noise on the international coffee scene?

“People tend to believe of Nicaraguans that the profile is nuttiness, chocolate, tobacco,” says green-coffee buyer Luis Arocha, who has led Cafe Imports’ sourcing efforts in Nica for the past few years. Additionally, the country’s reputation for lower elevations (though farms do reach up to 1,700  or 1,800 meters in places) and bulked coffees tendered to cooperatives has meant that microlots have been somewhat slow to emerge here, leaving little in the way of stand-out profiles or name recognition for top growers. “Nowadays the producers, especially in Nueva Segovia, they are focusing into varieties, changing the traditional ones and starting with more Pacamaras for example,” Luis says. “They are researching the fermentation techniques, experimenting with Honeys and Naturals.” 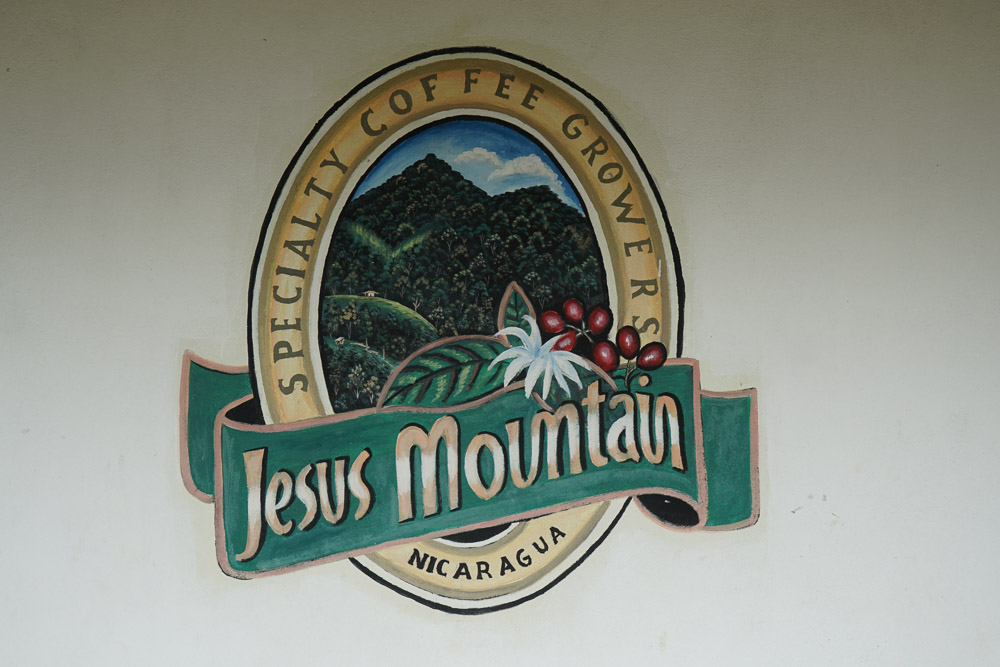 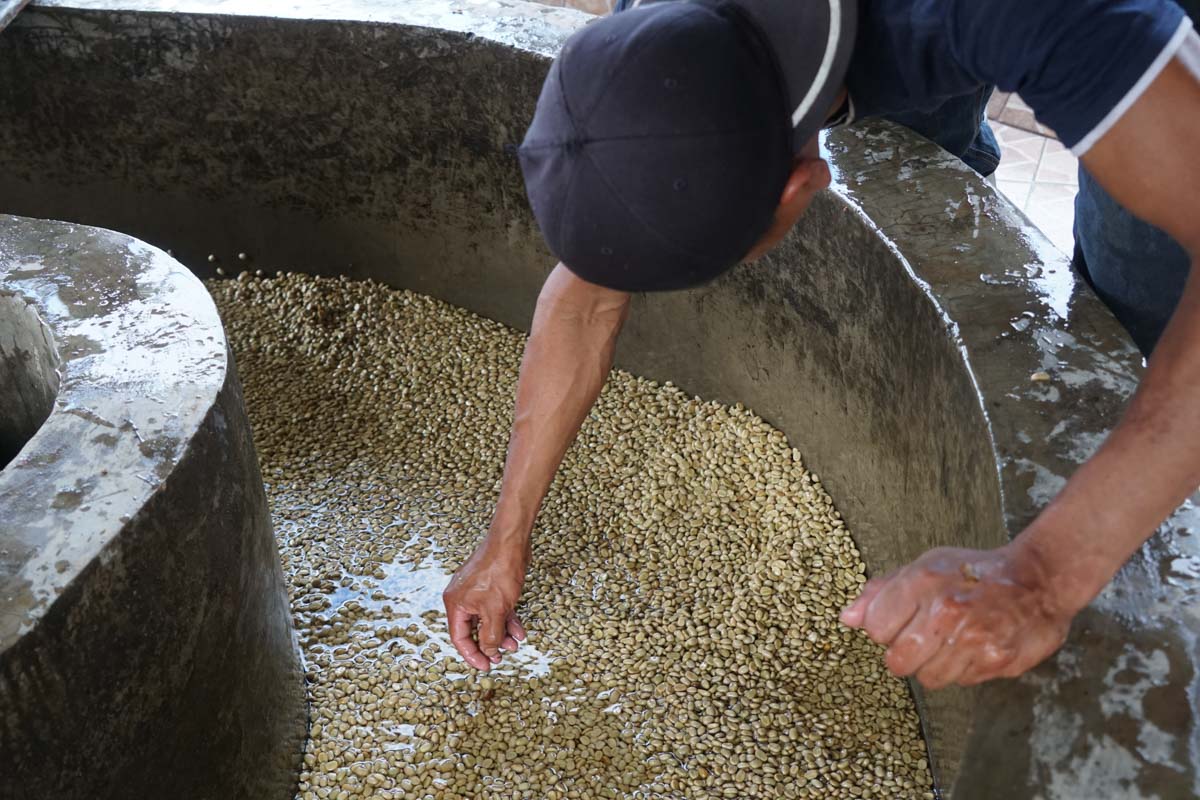 Cafetos de Segovia is a family company with an interesting story and a long history in Nic: Though the milling and farming operations are currently overseen by sisters Ana Albir and Martha Buhl, their relationship with coffee started with their father’s farm in Ocotal, the capital of the Nueva Segovia department.

“Their dad is one of the developers of the town,” Luis explains. “He was the one who brought the cable television to that town.” During the Nicaraguan Revolution in the 1970s, prosperous landowners came under fire from Sandinista revolutionaries, and the situation became dangerous: “He became a political victim,” Luis continues, explaining that the rest of the family decided to leave Nicaragua at that time. A few years ago, the sisters decided they wanted to take the reins from their aging dad, and they dug in to become more involved with the day-to-day running of the mill and the farm. 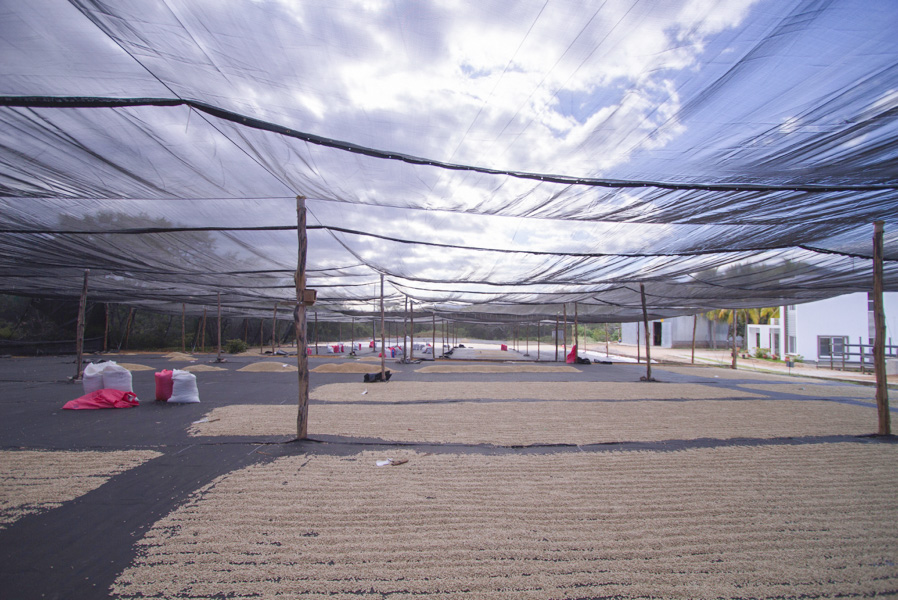 Today, Ana lives full-time in Miami, while Martha is based in Frankfurt, Germany—though since taking over operations and expanding to the milling facilities, they both make regular trips throughout the year to oversee the harvest and to handle marketing and relationship-building. “Their dad is still around, living in Ocotal,” Luis says, describing the close-knit community that this intrepid family has created around themselves. “With Cafetos, the goal has been to promote and grow, and our relationship seems to be working well. Their strategy is to work with a reduced amount of producers in order to be able to focus on less and on quality,” Luis says. While the mill and the sisters were not very well-known when we met them, Luis was excited by the prospect of partnering with a young group of producers who show such potential and enthusiasm. “Last year we did a trial with their coffees. In the beginning, we were thinking of buying just one container, and in the end, we ended up buying two containers,” he says. “They have also added new farms to their group of producers, such as Jesus Mountain, and the quality potential is huge.”

While we are always glad to source coffees that speak to the classic expression of Nicaraguan coffees—those nutty, chocolaty, tobacco-y beans with the heavy body that are perfect for boosting a blend or becoming a good go-to house brew—we are always excited by the prospect of finding cups and offerings that knock socks off any preconceived notions. “Cafetos is changing the perceptions of what Nicaraguan coffee can be,” Luis says. “If I were describing the coffees we are getting, you would have a hard time believing they were Nicaraguan coffee. We’ve been seeing more citric and sweet coffees, I would say it is because of the improvement of fermentation technique. These guys are recommending to harvest the coffee, to let it ripen more and harvesting at the higher level of sugar. I think all of these characteristics make the coffees taste like this.”

Political Climate and This Year’s Crop

Meanwhile, as joyful as it is to anticipate the arrival of show-stopping fresh crops of coffee, we also consider these producers friends, partners, and global neighbors, and it’s impossible to ignore the political situation that has gripped Nicaragua recently. Since student-led protests broke out in April in opposition to several acts by the federal government (including dissolving the national pension system), more than 450 people—including children and bystanders—have been killed in clashes in the streets in different towns, though it has been unclear who is at the root of the violence: protesters, counter-protesters, or law enforcement officials.

Nicaragua is historically one of the poorest countries in the Western Hemisphere, with an unemployment rate of about 6 percent and an underemployment rate over 25 percent, making issues like pensions and social security incredibly significant to the population. Unstable and historically corrupt governmental leadership has caused pent-up frustrations to explode before, but the conflicts that have plagued the country since the spring have been some of the most deadly, confusing, and frustrating in recent years.

“Nicaraguan people are some of the kindest people I’ve ever met,” Luis says, “but right now people are getting tired, people are getting shot.” Violence has been incited both by uniformed authorities and resistance protesters, and in one recent eruption almost 40 people were killed in a single day: The BBC reported the deaths of 31 anti-government protesters, four police officials, and three pro-Ortega counter-protestors. Luis said he recently spoke with one of our contacts there, and she said, “They don’t even know who are the people making messes in the street: It could be students, it could be the government, it could be people hired from the government to cause trouble.”

The confusion and the chaos in the political arena have naturally contributed to chaos and confusion in logistics, as well: Strikes and blocks at the ports have slowed progress shipping coffees out of the country, setting our expected arrivals of Cafetos’ lots back about a month, maybe six weeks. “The delay was due to the blocks,” Luis agrees, “and also because if there were containers moving, there were a lot of conflicts and people destroying things, there was the risk of coffee getting lost or stolen.” While the violence has mostly been centered around Managua, the nation’s capital, Luis says that the lack of food, fuel, and labor has contributed to the setbacks as well. 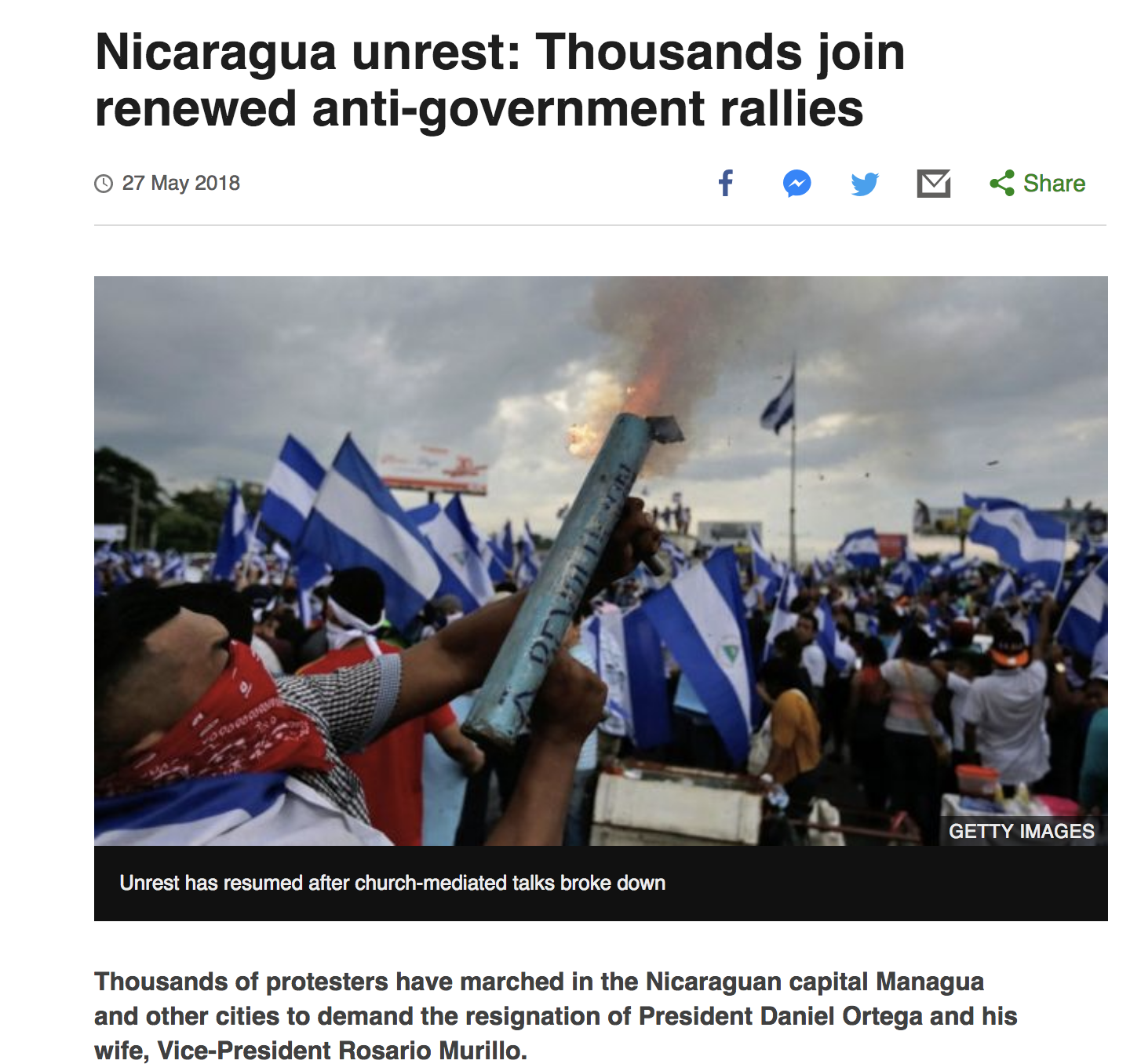 If that wasn’t enough, of course, this year’s weather wasn’t cooperating, either: “At the beginning of the year they had heavy rains,” Luis says. “Cherries fell from the trees and coffee split from the moisture. What that also caused was that the local market was fluctuating a lot: Prices were going up, and traders of conventional coffees were becoming aggressive to fulfill their contracts,” which made the market competitive but not especially financially lucrative to cash-strapped producers with small yields.

This combination of disruptions can wreak havoc on the people in a place like Nicaragua: A majority of the country’s economy is dependent upon agriculture, either directly or indirectly, and more than half of its annual total foreign export revenue comes from the farm sector, with tobacco, cassava, sugar cane, and bananas being major products. Despite the diversity of crops, coffee is one of the country’s most significant exports, and it’s grown in many regions, perhaps most notably in Jinotega, Nueva Segovia, and Matagalpa. Coffee also accounts for about 15 percent of the national labor force, with nearly 480,000 people working as producers, seasonal pickers, mill workers, or other coffee-adjacent positions. (There are about 44,000 coffee-growing families alone.) Slow shipments and slow payments can put farmers back months in terms of gaining the credit they need to start the next season, which naturally comes up quick once the previous year’s work is done. We hope that by shedding light on the hard work and exceptional potential these producers display, as well as highlight the circumstances out of their control, coffee buyers won’t be so reluctant to invest in an origin that may very well come out of the gate in 2019 with affordable, accessible 87-point—heck, 92-point!—coffees.

While we’re unsure what the political future for Nicaragua holds, we are sure that with the right partners and some all-in commitment year after year, producers like Cafetos de Segovia and our other partners at the cooperative PRODECOOP have a palpable opportunity to show the exceptional possibilities that exist within Nicaragua. We are holding our collective breath at Cafe Imports in hopes that this place and these people we love so much find peaceful resolution to the current crisis, and we hope that our customers will stick with us and see the incredible value that exists in saying yes, standing by, and expecting the best from these coffees.

When they arrive, we will be proud to accept them and to show that we keep our promises at origin, and we know that the rewards for that understanding of the word “partnership” will go far beyond the boundaries of our warehouse or your cup. 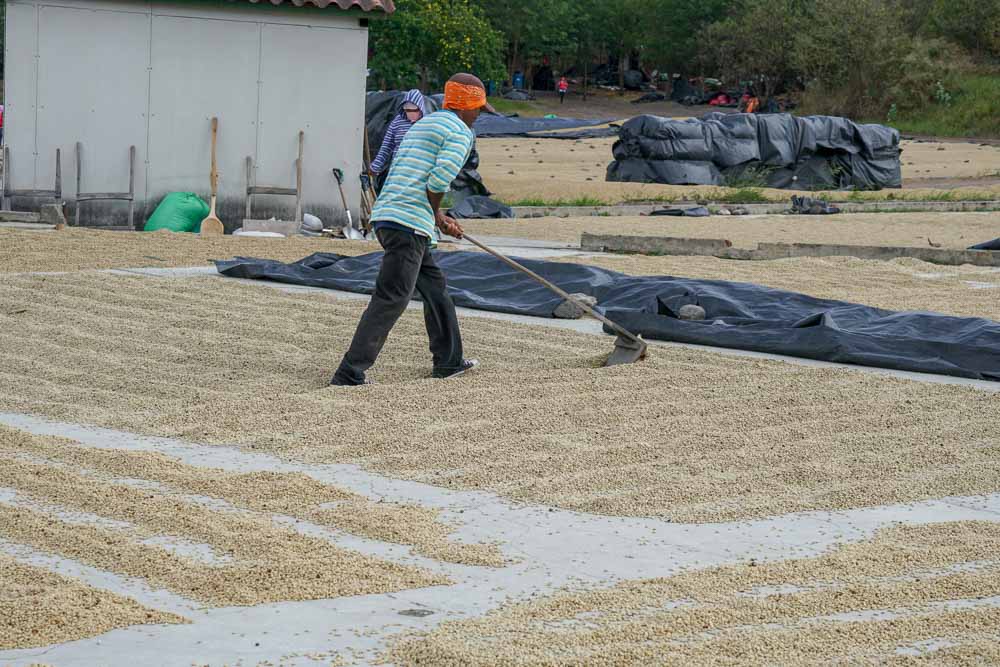 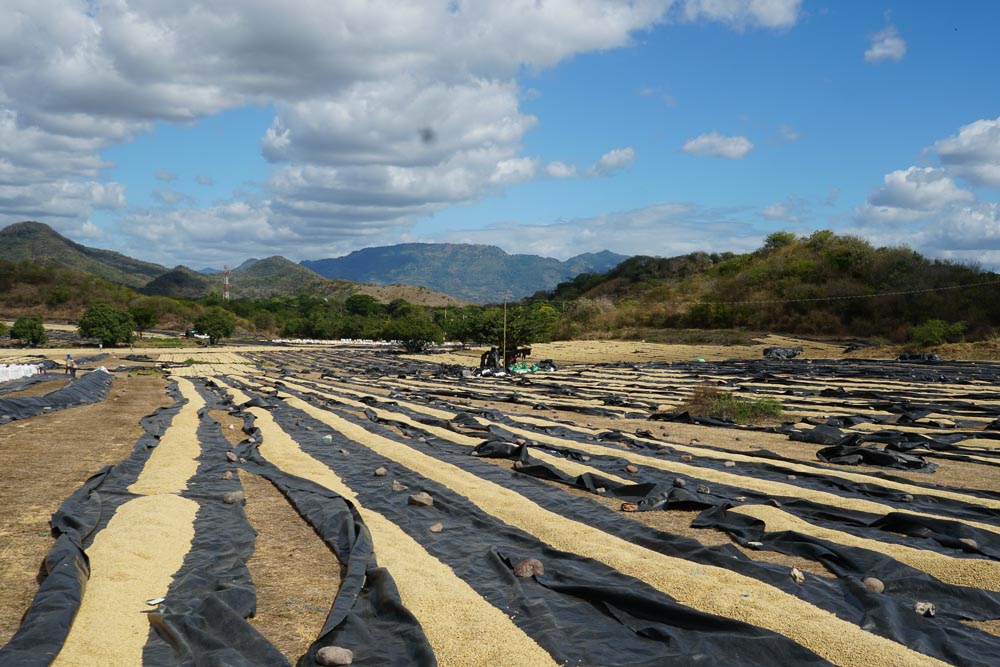