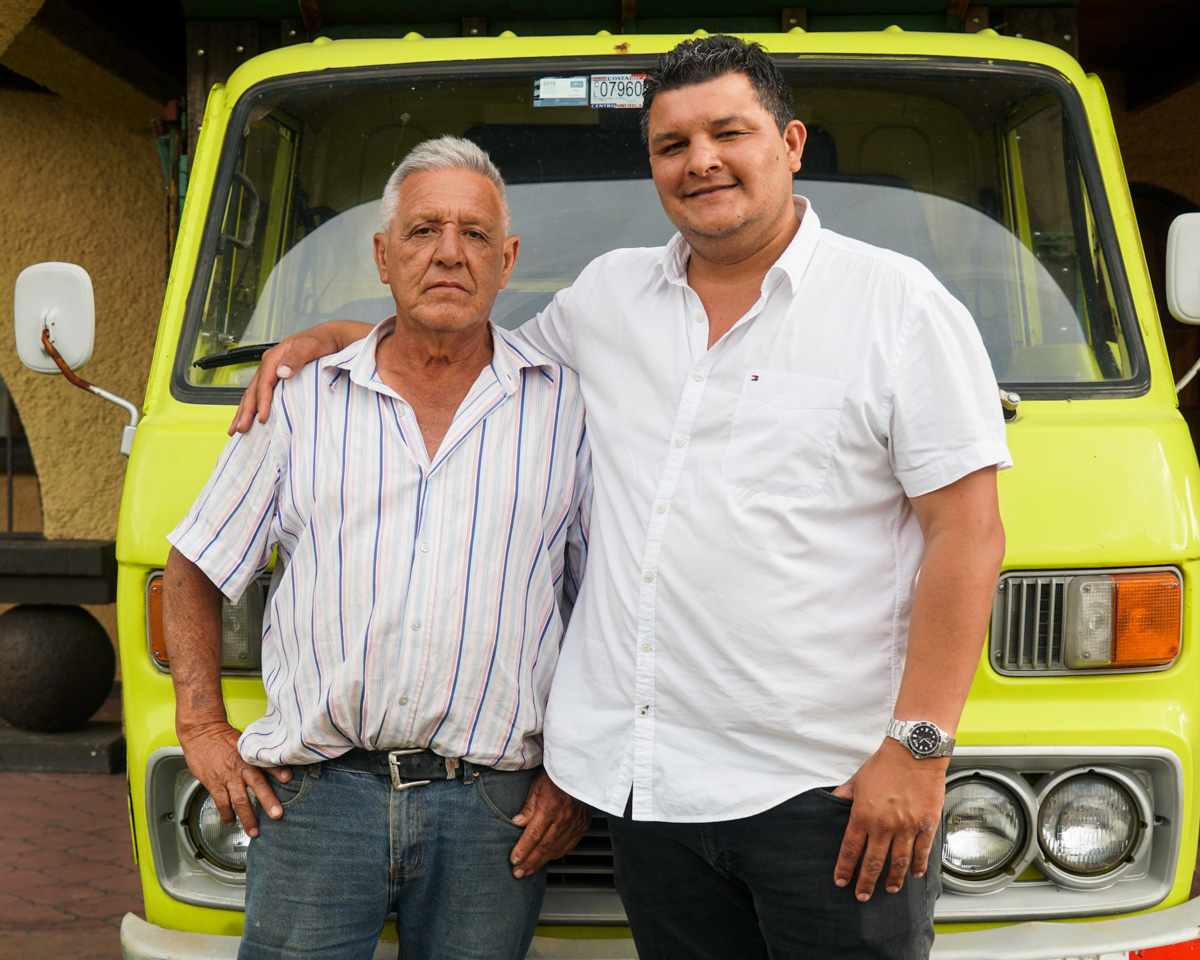 Roasters who are looking for a special opportunity leading up to Berlin Coffee Festival in October, we’ve got something special for you: We’ve partnered with the Don Sabino Micromill in Carrizal de Alajuela, Costa Rica, on a project we’re calling the Berlin Batch, a limited run of special-process coffees with full traceability and price transparency, as an experiment and a collaboration to explore the real nature of relationships in the coffee supply stream. Roasters who buy the coffee and roast them for Berlin Coffee Festival will also not only have the chance to taste several processes from this special mill roasted by some of the best in the craft, but also to complete the human connection: Proceeds from the sales of this coffee will be directly used for transportation and lodging to bring Steven Vargas of Don Sabino Micromill to Berlin to host a tasting event at the Cafe Imports Europe office on 1 October.

Steven and his father, Gilbert, are the producers behind Don Sabino, a small but strong operation (named for Gilbert’s father) that includes several farms  located about an hour north of the Oxcart Coffee – Cafe Imports Latin America office in San José. The family team grows several common varieties including Caturra, Catuai, and Villa Sarchi, with a smattering of Gesha, SL-28, and Moka.

“More than a legacy, it’s a way of life. More than economics, it’s our way of life,” Steven has said of their operations. “It’s our passion.” 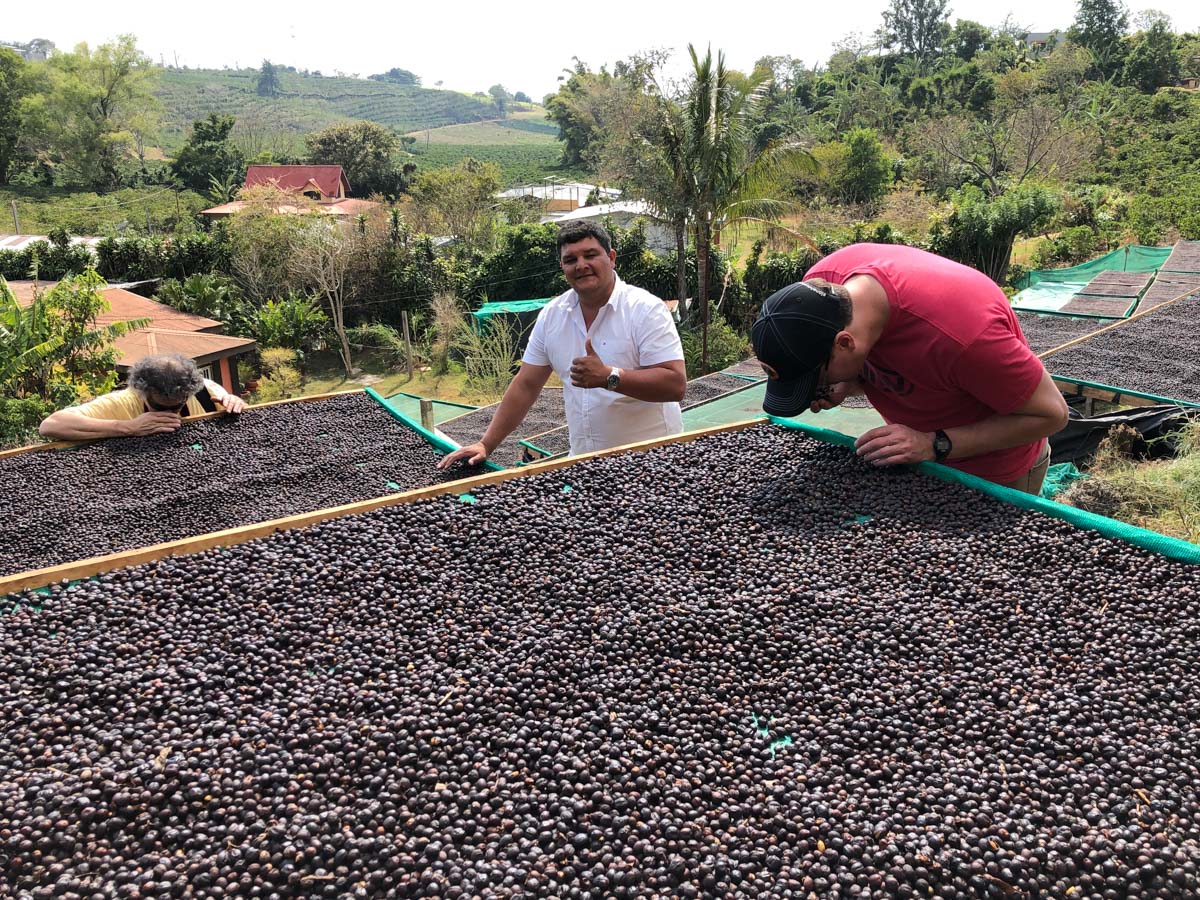 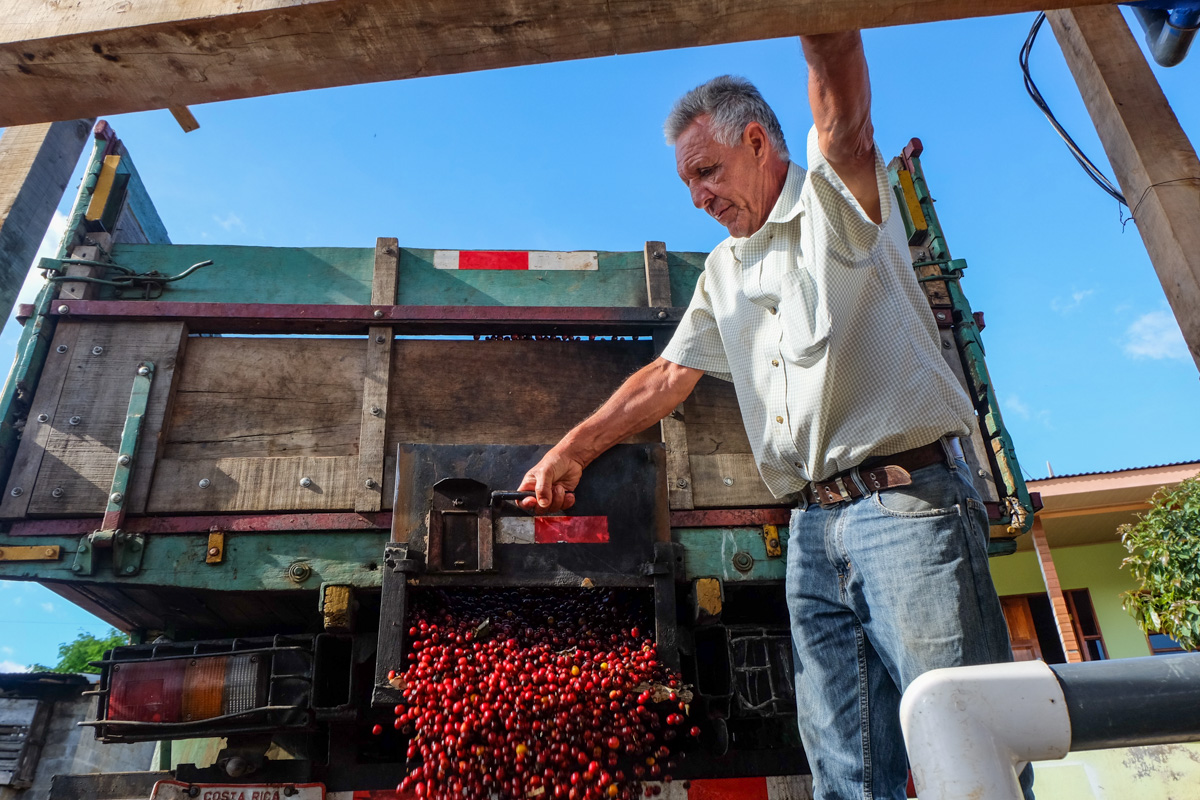 Here are the details of the Black Honey’s processing: The coffee was picked 100-percent ripe, Steven says, when the Villa Sarchi cherries are “wine” color, not bright red. It is weighed and received at around 4pm when the sun is high and hot in the summer, and placed in sacks to rest until it’s brought to the micromill to be later that same night. The coffee is depulped but left in its mucilage and then moved to the drying beds. The Black Honey is spread on the beds and left uncovered and still overnight in the cool temperatures, then starting at 6am the following day it is constantly rotated and moved every half hour except between 3–5:30pm, when it is covered and rested. (Don Sabino’s other Honey coffees are covered for the first two days that they are on the drying beds.) Steven says this continues for about 18 days until the coffee is dried to 10.5% moisture.

“This process of a Black Honey, for people who do not know, is a very tedious issue,” Steven says through translation. “Apart from processing it and collecting the optimal fruit to do that process, when it reaches drying it is a coffee that gives problems,” in part because it sticks to the drying bed and takes a lot of time for workers to remove—which of course makes it extra precious. While the Naturals also get a little sticky at some points during the drying, they are typically much easier to handle on the beds because the pulp protects them from getting tacked on to the mesh.

That passion is part of the reason Cafe Imports has partnered with Don Sabino Micromill for the past several years: The Vargas family has produced some of our favourite lots and continues to improve the quality thanks in large part to Steven’s curiosity and interest in experimentation. This year, we both agreed to this experiment and collaboration, and we can’t wait to see what comes of it thanks to you.

First, the coffees. In honor of Berlin Coffee Festival, Cafe Imports Europe contracted a small amount of coffee especially processed by Steven for the event: two Natural lots of Caturra and Catuai from different farms (El Orvo and La Roca) and one small amount of Black Honey–processed Villa Sarchi from Finca El Orvo. The Vargas family has primarily focused on Naturals for the past few years and are experts at that process; while they have done Honey style processing before, they took that exclusive Black Honey on as a unique collaboration. 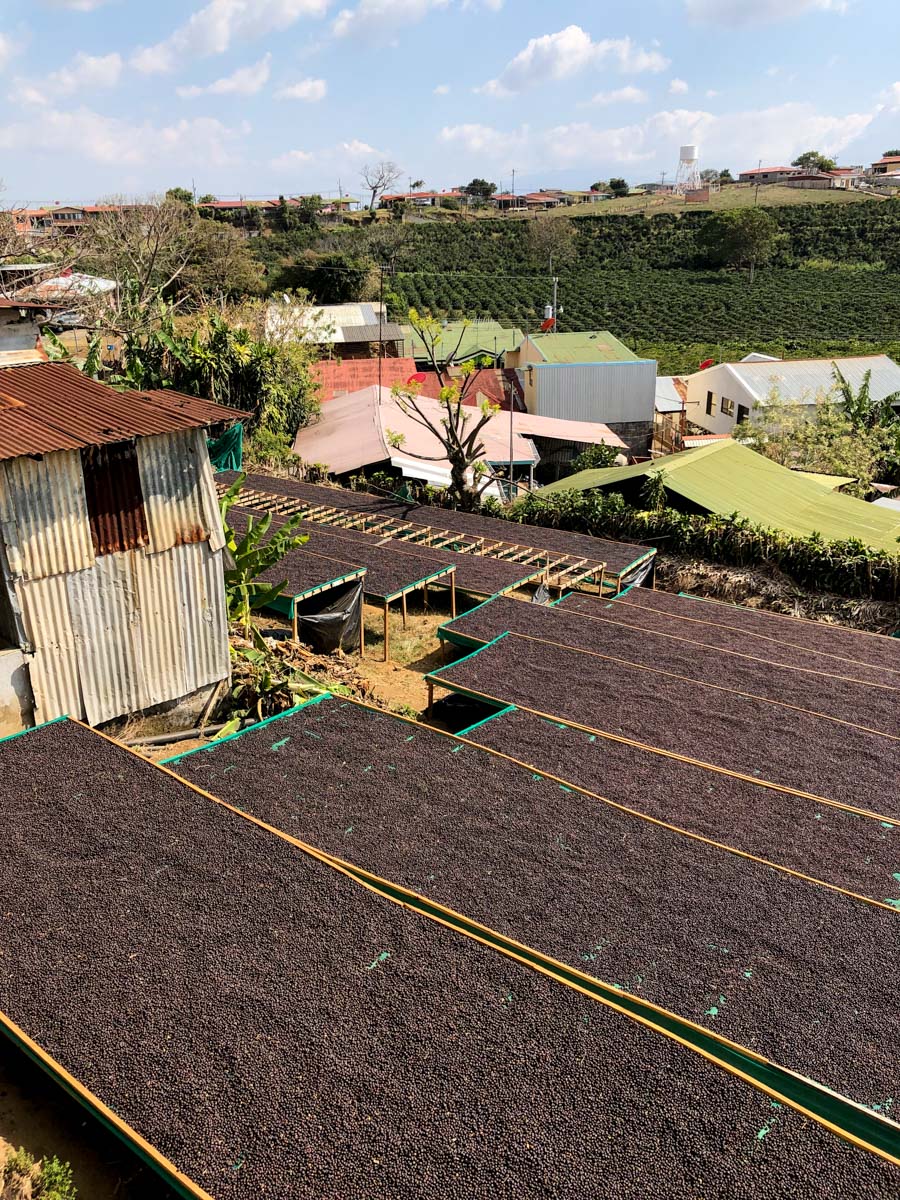 Onto Cafe Imports’ contribution to this special collaboration: Price transparency is a tricky subject—probably as tricky as Don Sabino’s Black Honey!—and one that’s on the minds and mouths of many in the specialty-coffee industry right now, with good reason. The coffee-price crisis that is facing producers around the world—thanks in part to a historically low C-market price as well as climate-change factors and other socio/economic/political unrest—has inspired many roasters and consumers to ask questions about where the money they pay for coffee is going if it’s not going to the producer.

While the answer to that question is not always as easy to answer as it seems it should be, we are interested in exploring the value of sharing pricing information and shedding light on the work we do and the risk we absorb as importers (and, in the case of Costa Rica with Oxcart Coffee – Cafe Imports Latin America, exporters as well), and this seemed like a good experiment to take on as we examine our thoughts about price transparency from an ethical standpoint. 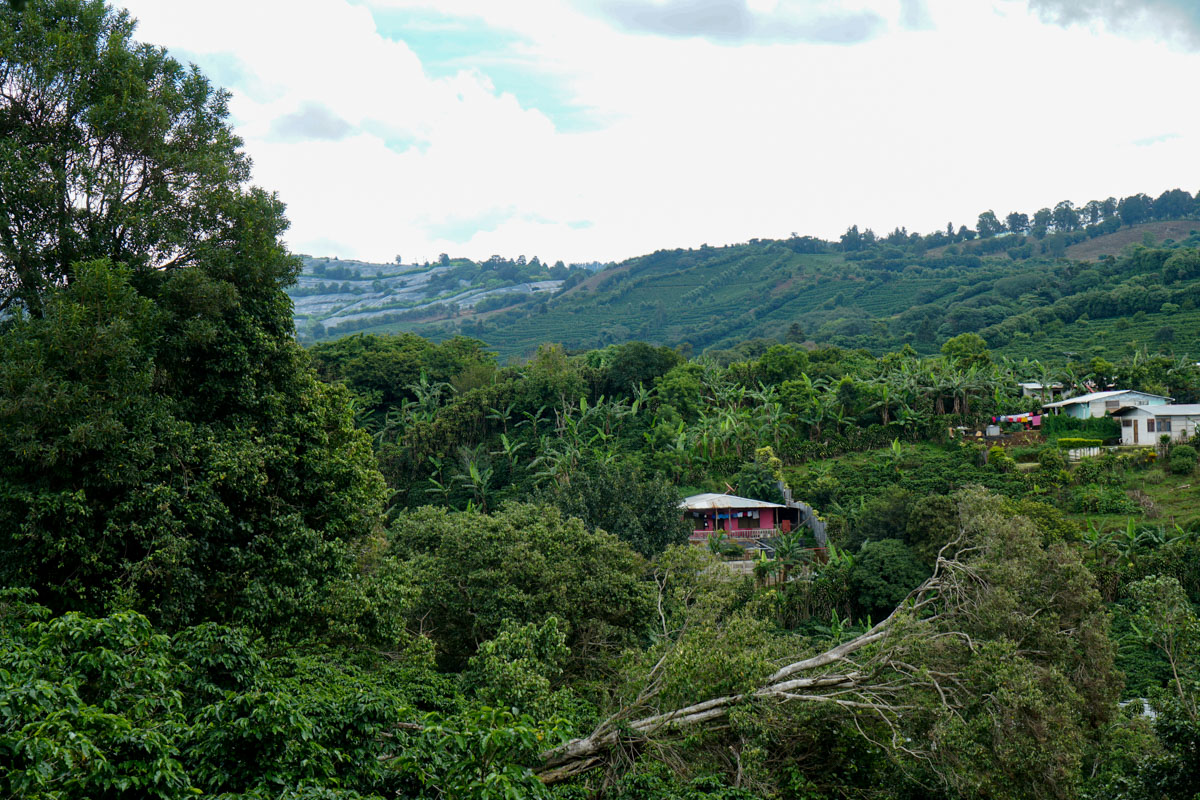 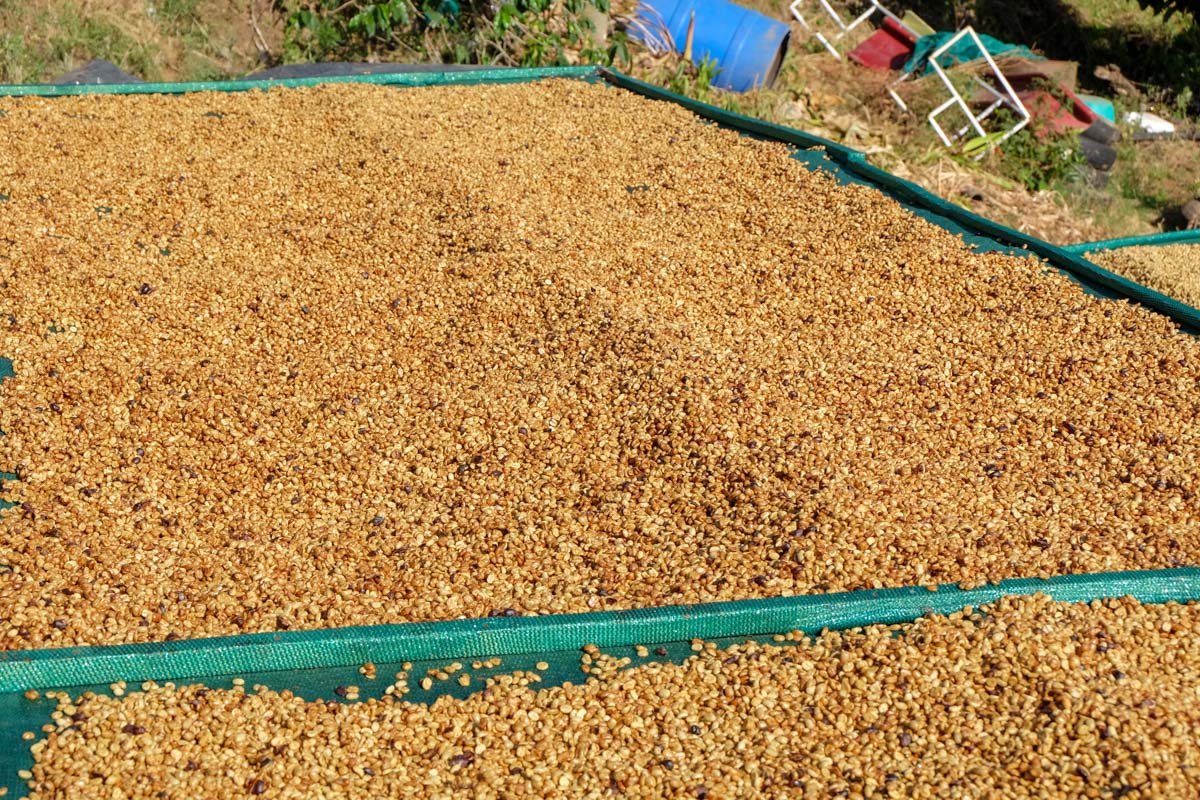 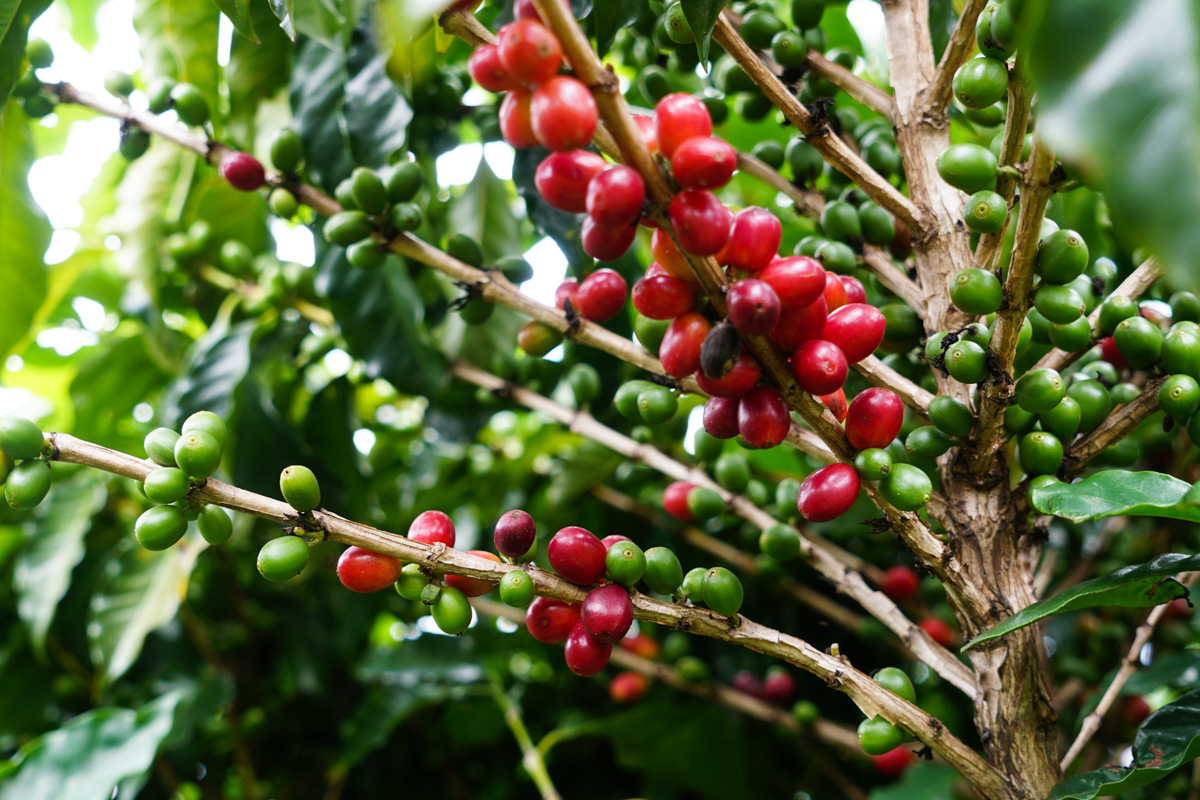 In this case there are several very specific reasons that we feel comfortable sharing pricing information. First, we have the Vargas family’s consent to do so. This is an area that is generally overlooked in the conversations about price transparency and it frankly is one of our biggest hesitations when it comes to sharing sensitive financial data: Producers have the right to have their revenue and income, as well as their market leverage, protected at all costs. Costa Rica and our partnerships there, however, are particularly unique both because of the close contact the Oxcart team has with the farmers, but also because the national coffee institution, Icafe, is actively and robustly involved in the traceability and transaction transparency of every single coffee that leaves the country, no matter what. Every price paid at every step of the way in Costa Rica is registered with Icafe, and every transaction is regulated to ensure that the producer/farm owner gets more than 70 percent of the sales price of the coffee. Prices are even published in the newspaper to ensure complete transparency across the supply stream.

There are only a handful of coffee-producing countries that have national institutions, government or nongovernmental organizations, or national growers associations with this level of infrastructure, involvement, and support capacity, which is one reason that using Costa Rica as an example is both a blessing and a curse: It is extremely rare to have access to this type of specific information in any event, and then there is the added benefit of Cafe Imports’ export office on the ground there to provide even more transparency.

If you would like to purchase this coffee and participate in the Berlin Batch project, or if you have any questions, feel free to reach out to us at europe@cafeimports.com. We look forward to continuing the incredibly important discussion about price, transparency, risk, and, hopefully, how to ensure there are ample rewards for everyone involved—especially producers.