Cafe Imports Director of Sensory Analysis Ian Fretheim has been working on a new Cupping Score Card for some time now. After careful development and refinement, based on years of on-again/off-again brainstorming and months of application, Ian has arrived upon a new form that we are deeming the “Analytic Cupping Score Card” (Figure 1). Cafe Imports’ Sensory Analysis department has been working with this new form for the past several months, in an effort to increase both the accuracy and the descriptiveness of our cupping program. Please enjoy the following essay, written by Ian himself, where he explores the new design and metaphysical hurdles to its development.
Figure 1 (Click here for a downloadable .pdf) 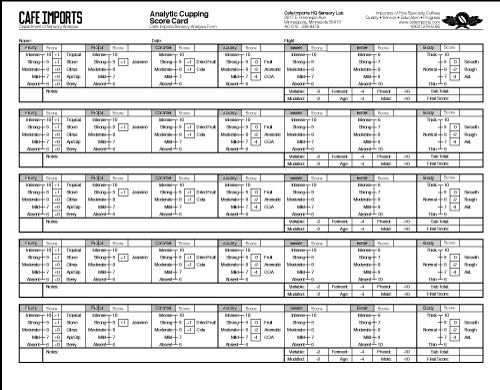 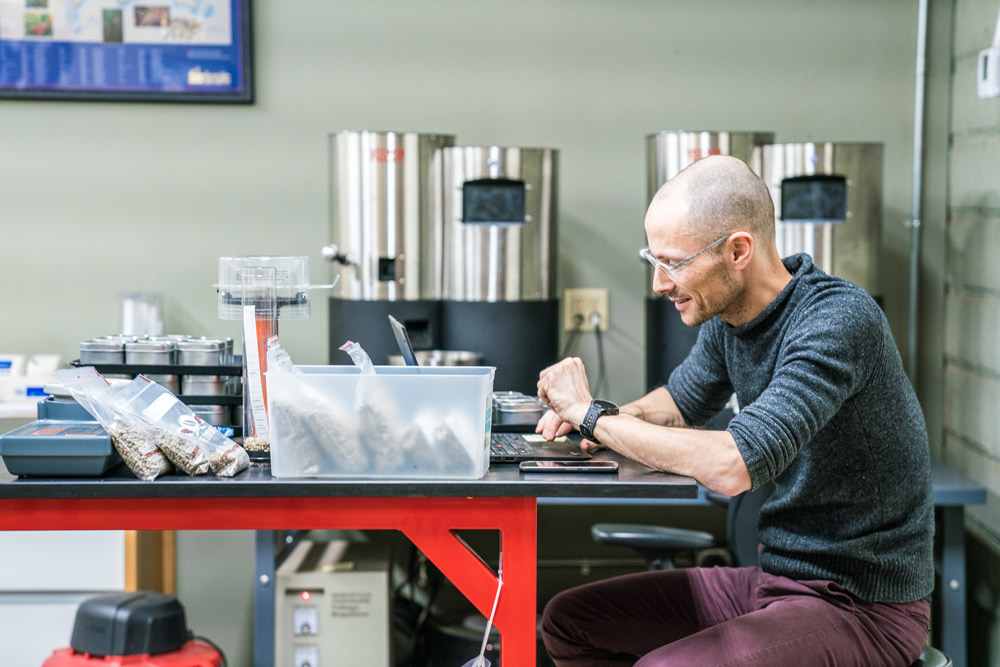