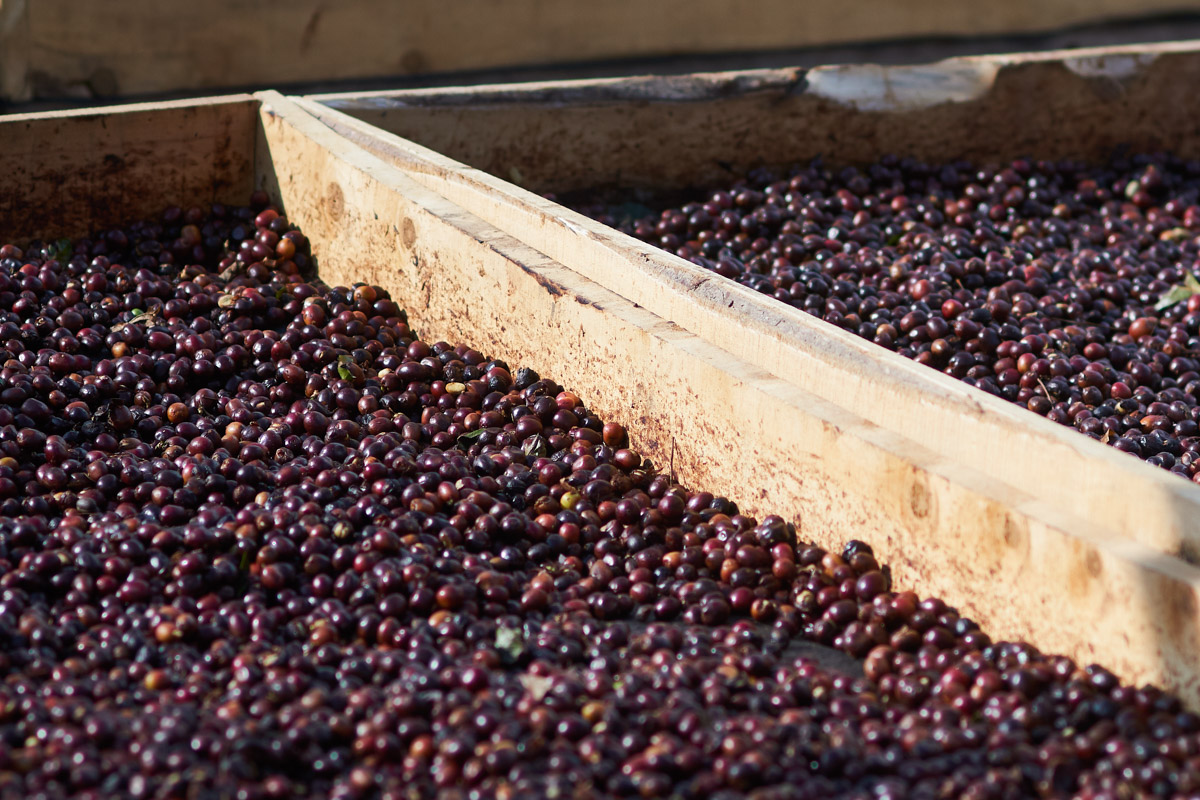 El Salvador is the smallest country in Central America, but its coffee has a big place in our hearts and in our sourcing schedule every year: Cafe Imports senior-green buyer Piero Cristiani hails from there and is based out of an office in-country when he’s not traveling to other sources around the world. Piero’s semi-permanent status on the ground in El Sal has allowed him to tap into lesser-known regions and to develop close and consistent relationships with smallholder producers; he has an uncanny ability to see not only what they need in order to succeed, but also to find pathways to that success by developing inventive buying models and quality-incentive projects that have proven to have great impact in the tight-knit coffee community. 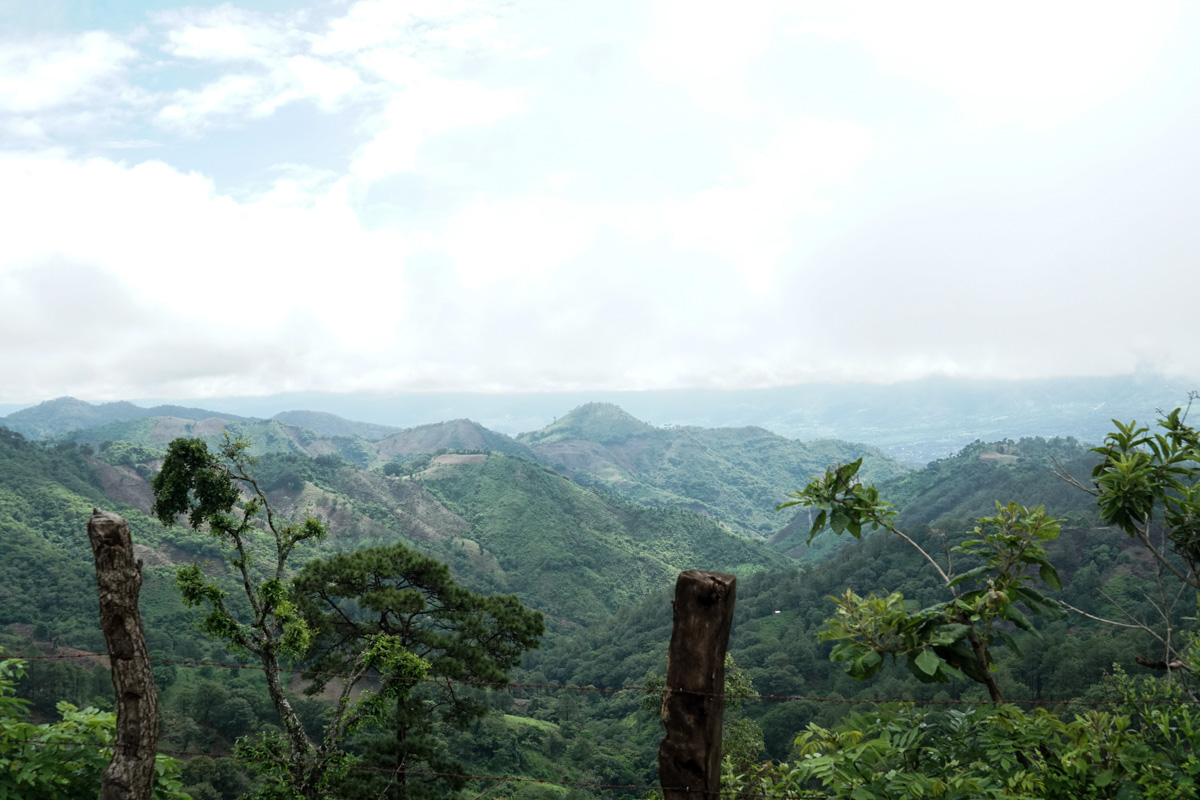 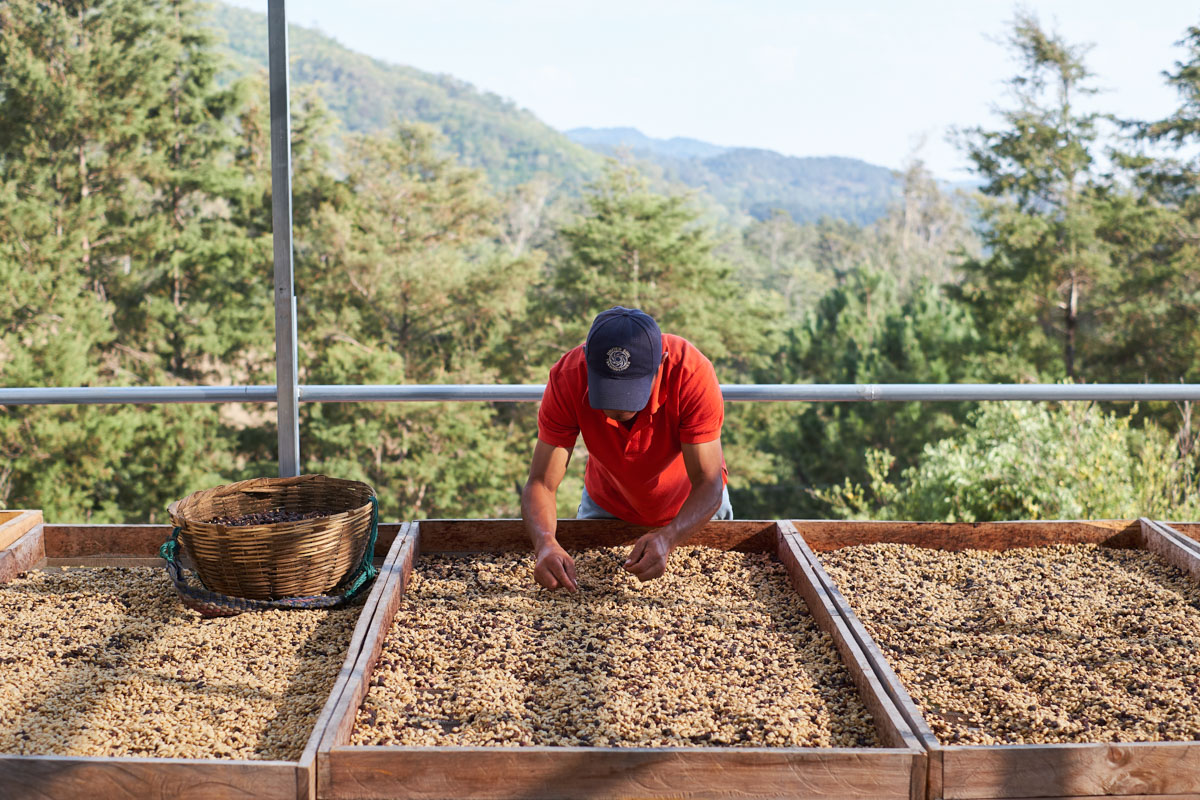 While many other importers focus their El Salvador buys on the larger, mostly Bourbon-variety farms in and around Santa Ana, Piero has spent the majority of the past eight years on the smaller, more remote farming area of Chalatenango. In Chalate, as it’s known locally, smallholder producers can yield as little as 15 quintals (roughly 1,500 pounds) of parchment coffee annually. After calculating the loss in milling, that equates to about nine exportable 69-kilo bags—bags which previously were sold to intermediaries or to a local buyer at a lower price, with no traceability and no regard for the potential those high-quality lots had to earn more in the market.

One way Piero has arranged to create a more sustainable pricing structure is to buy coffee in parchment from farmers, after which Cafe Imports handles the sampling, milling, sorting, and arranging the final export. He thinks that his willingness and the ability to meet and compromise with producers this way is one of the things that gives Café Imports the long-term advantage.

“We pay higher prices, and we also pay for producers to wait for us to give them results, because that’s how long it takes,” he says, as opposed to the instant results (and lower prices) that come from selling to local traders. “We might have to go a whole week just to do the sampling from the farms, from the producers’ warehouses—sometimes from somebody’s kitchen or bedroom. Then we have to prepare the samples—could be 150 lots—and then you have to send them [to the U.S. sensory analysis lab] via DHL. It takes about three days to get there, and then they’re in the lab, [it can be] another week to cup—overall it might take about four weeks.”

Piero says that paying that going that extra mile, as well as paying the higher prices and making the investment in the producers’ growth, has proved to be the key to forming year-after-year buying relationships. 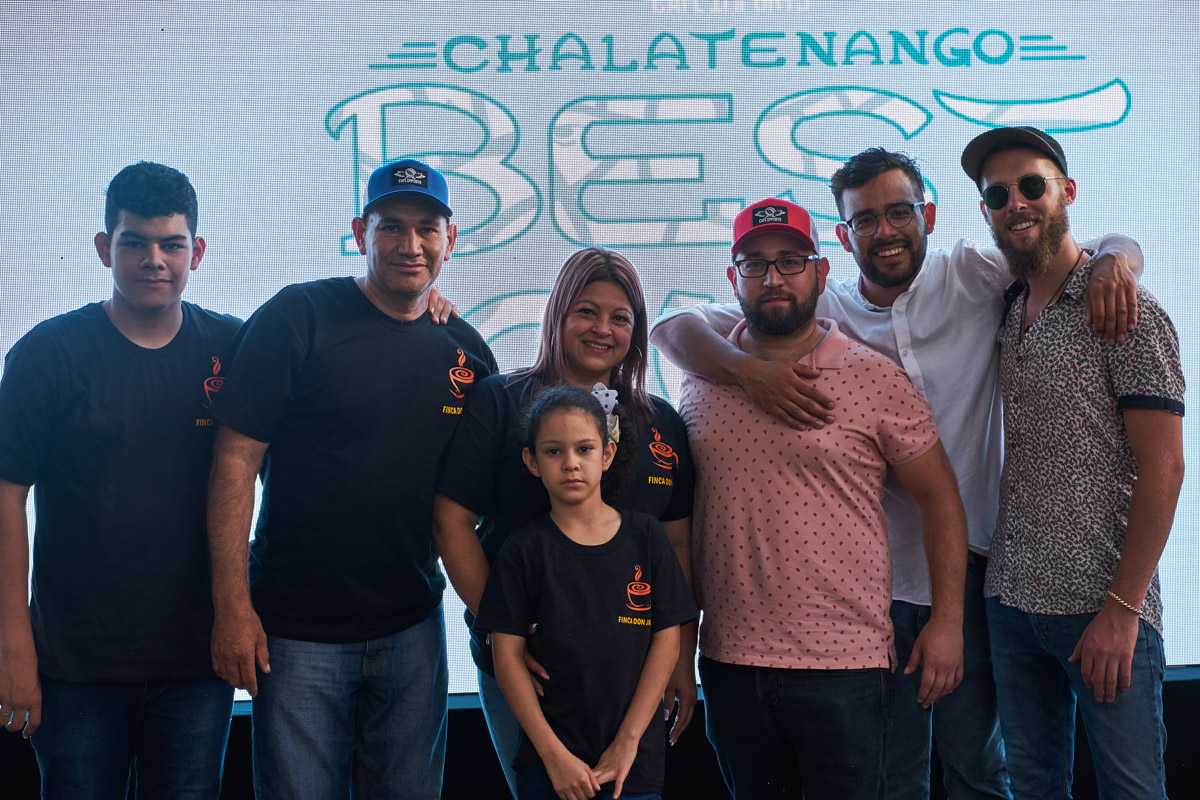 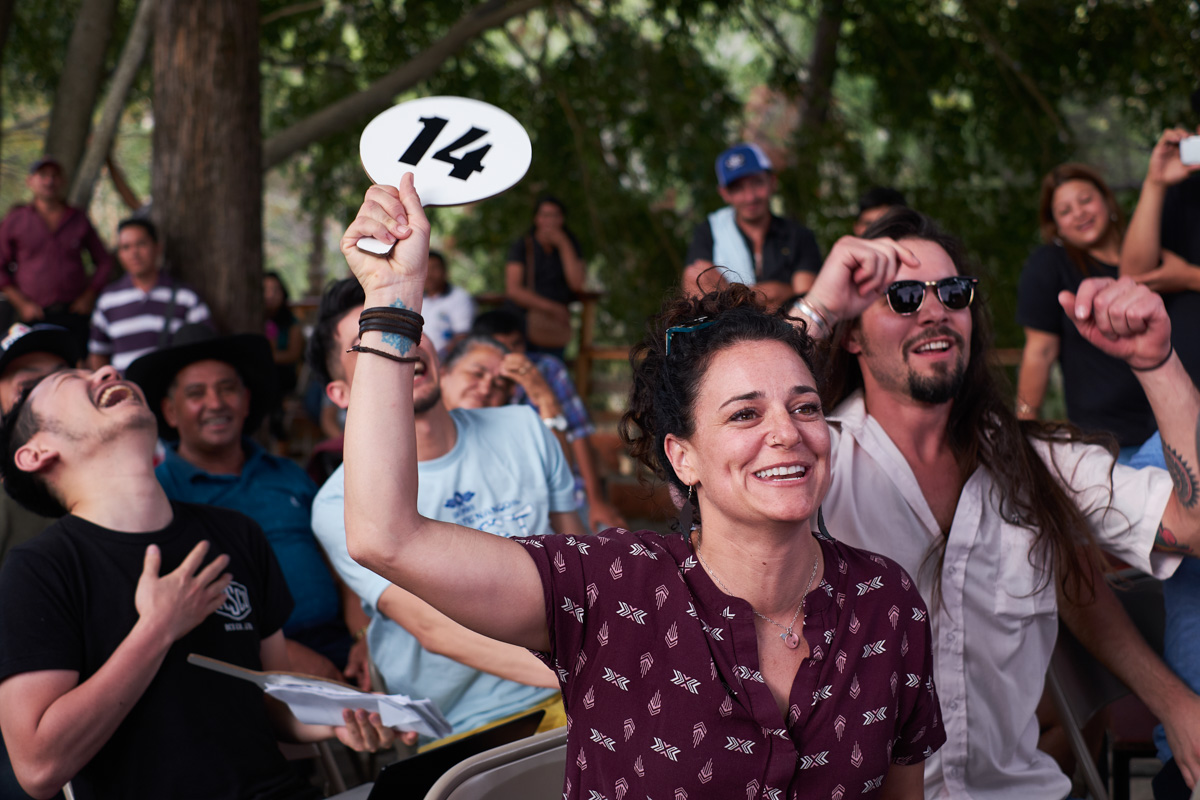 This year, to expand on those connections as well as to celebrate and reward the producers’ incredible work, Piero and a team from Cafe Imports (including green-buyer’s associate Alberto “Beto” Reyes, sourcing liaisons Sam Miller and Omar Herrera, and sensory analysis director Ian Fretheim) arranged and hosted the first-ever Chalatenango Best Cup cupping competition and live auction in March.

Encouraged by the success of 2018’s Chalate Best Cup Discovery event held at SCA Expo in Seattle, Piero was sure there would be enough interest in the special varieties and exceptional quality of even the super-small lots from farmers like Jose Francisco Recinos, Antonio Rene Aguilar, and Jaime Guevara. Café Imports invited some of our roaster clients who had previously purchased the 35-kilo Pequeños bags these very small lots are sold in, and 12 individual roasting companies were represented at the cupping tables and in the live auction. 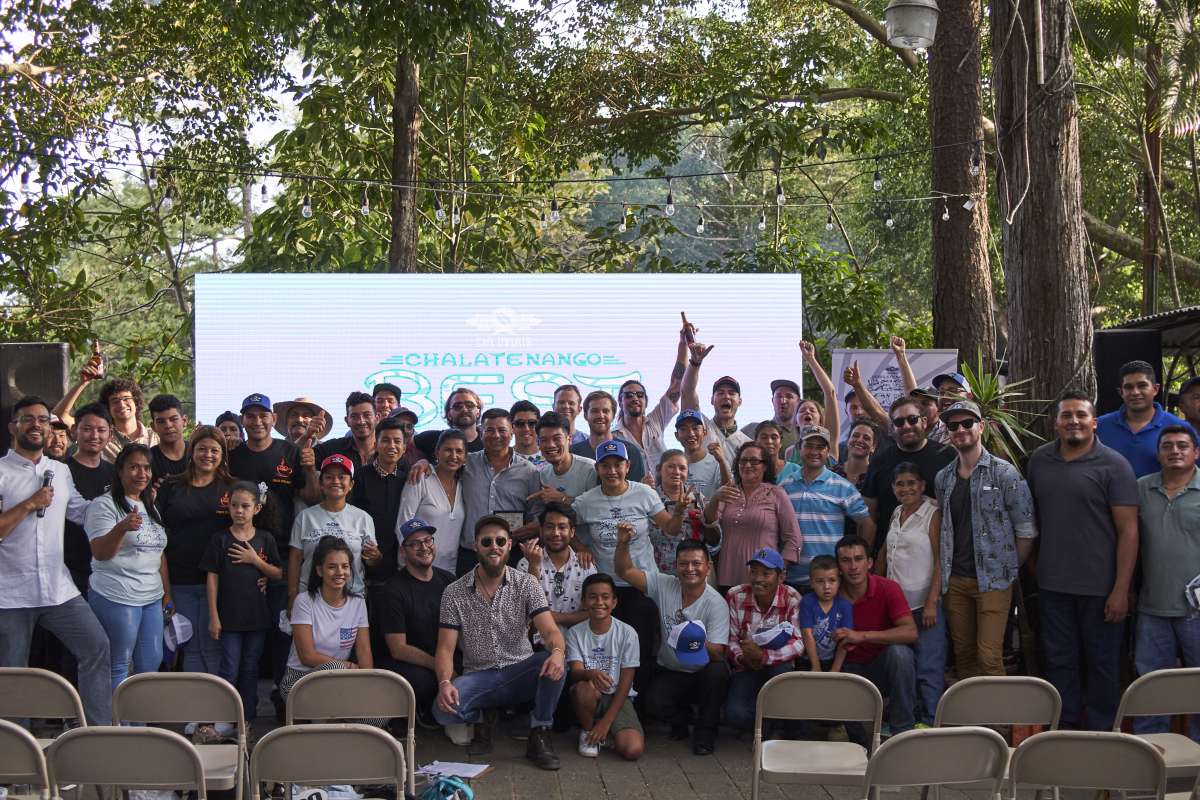 “The coffees were really good, really high scores,” Piero says of the top lots that were selected for live auction from a pool of around 300 samples.” Sourcing liaison Sam chimes in: “Multiple producers opted out of submitting lots to CoE [which took place in April] because they wanted to submit their lots to Best Cup,” he says.

The winning coffee was a 5-bag chop from Maria Julia Pleitez, from her farm Las Marias; it scored a whopping 89.4 points and was a Washed Pacamara. That’s one of the other things that helps Chalate stand out: the delicious predominance of heirloom varieties like Pacas and Pacamara, even after the country’s recent devastating experience with coffee-leaf rust, to which older cultivars are more susceptible. 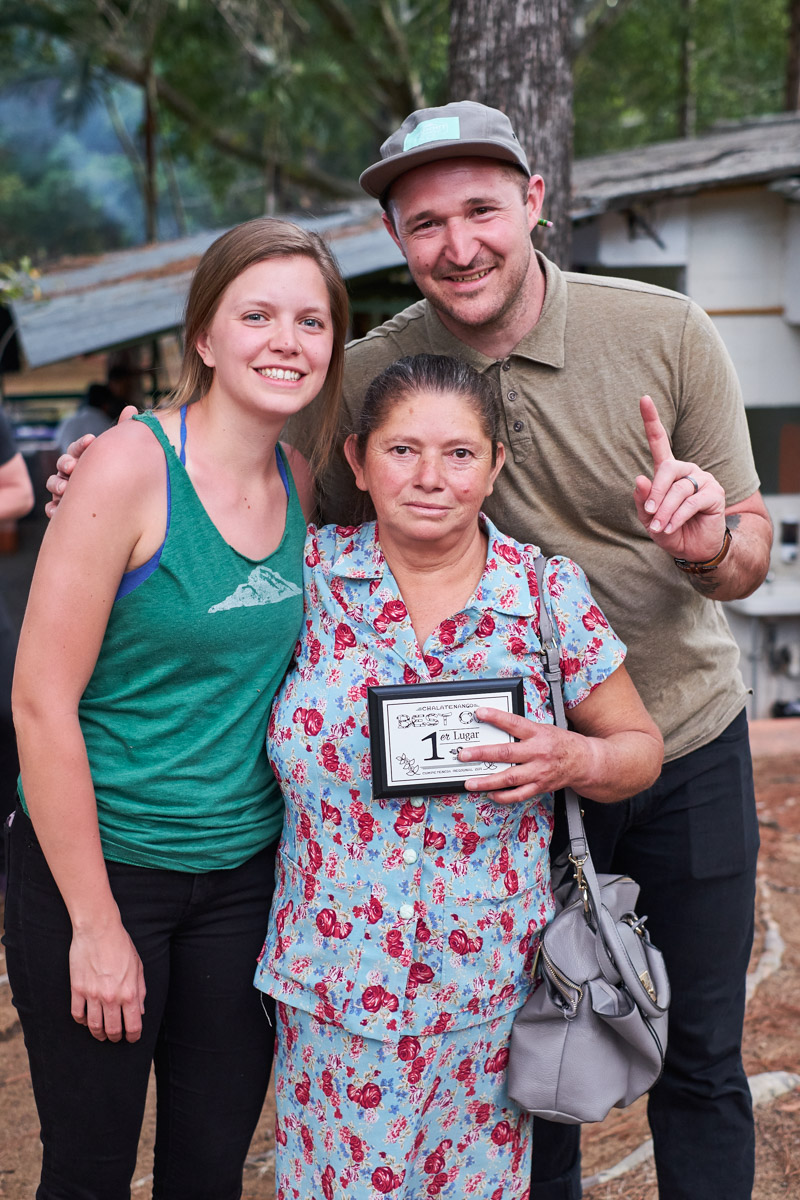 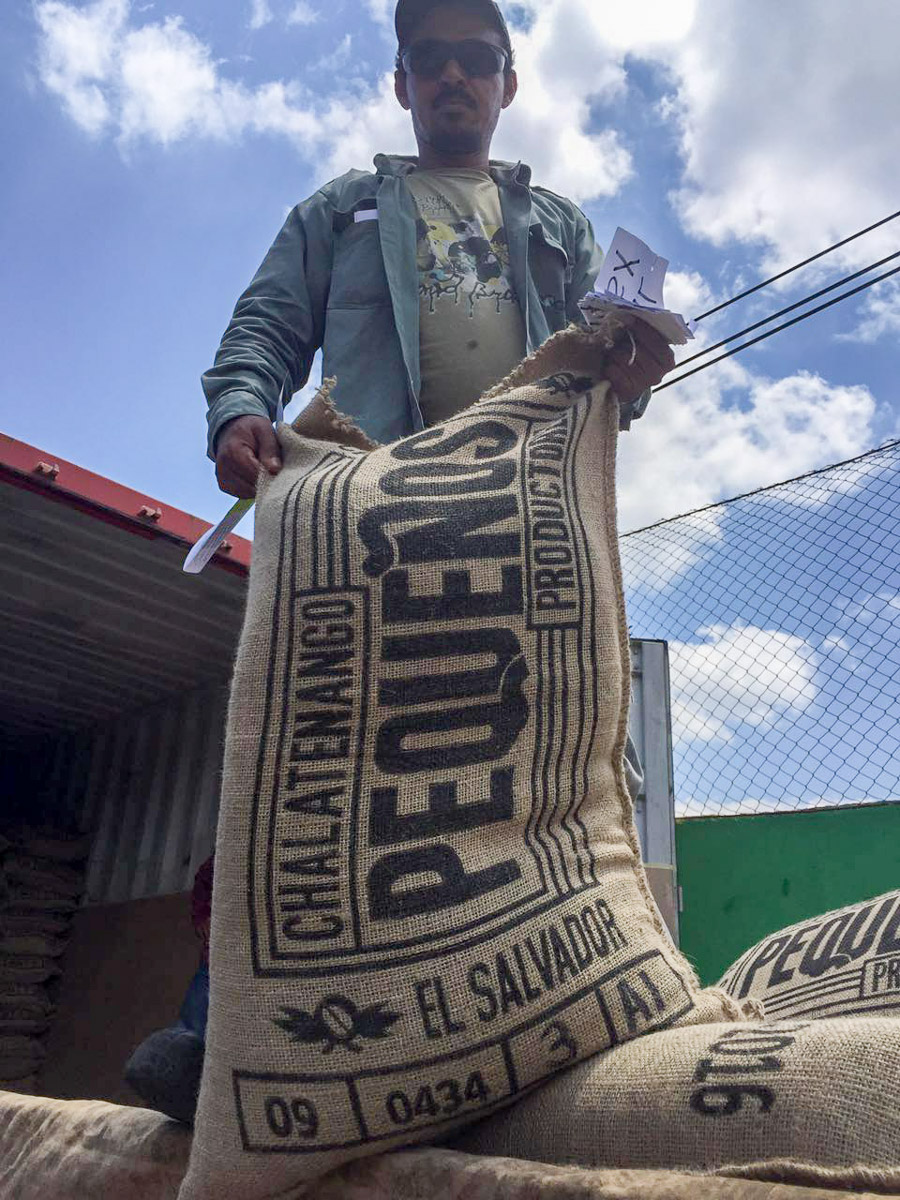 Despite the vulnerability of those coffee types to diseases like rust, Piero says there are strong motivations for local farmers to renovate their farms but keep the integrity of their varieties. “The producers are very quality-minded, and Pacamara is like a national treasure of El Salvador,” he says. “We have good waves for surfing, and we have Pacamara.”

Pacamara is a cultivar that originated in El Salvador and is a cross of a Pacas variety (a dwarf Bourbon found on a farm owned by the Pacas family—more on them in a moment) and a Maragogype variety, which is a mutation of Typica that has remarkably large leaves, fruit, and seeds. The cup quality tends to be stellar, which might explain why 7 out of the top 10 Best Cup coffees were Pacamara, as well as 26 out of the top 34 entries in the 2019 El Salvador Cup of Excellence. Of the remaining CoE contenders, four were Bourbon, two were Kenyan varieties such as SL-28 or what is locally called Kenia, one was a hybrid called Centroamericano, and one was a type called Bernadina.

Bernadina, explains Cafe Imports director of European sales Stuart Ritson, “was discovered on a farm owned by the Pacas family,” and it took third place in the competition. Stuart was an observational judge in the contest in preparation to acting as an international jurist in a future CoE, and like any good flavor nerd, he perked up at the news of the variety. He retells its origin story like this: “A few years ago, they discovered 30 trees they couldn’t identify as anything else. Originally, they believed these to be a Bourbon hybrid, but after cupping and DNA tests it was shown that the variety is entirely unknown and the only genetics it matched were some coffees found in Ethiopia. How these coffees got to El Salvador, no one knows!” 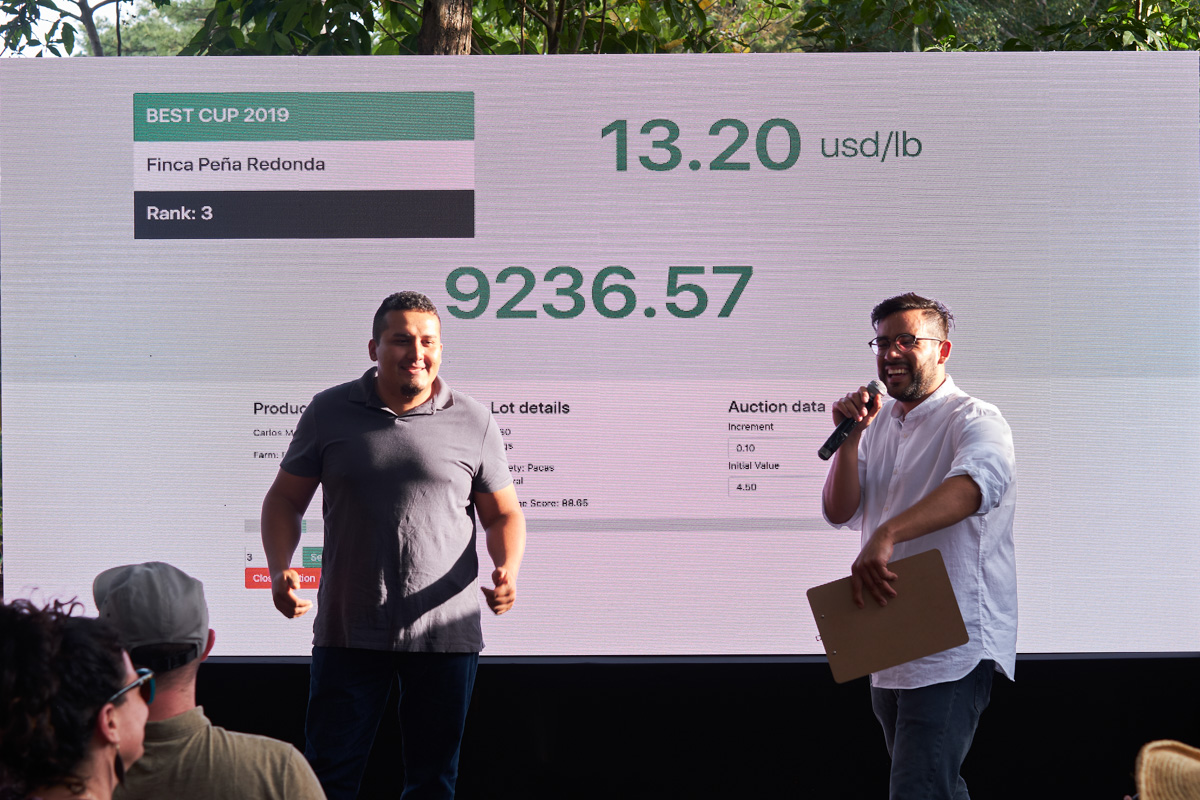 Another exciting development from this year’s CoE is that one of the Chalate producers with whom we’ve worked for years, Carlos Mauricio Lemus, took seventh place with a Natural-process Pacamara from his farm Peña Redonda, scoring 88.94!

Although El Salvador has struggled to recover its pre-rust harvest sizes, this year Piero says that the yield has been notably bigger, and the hope is that quality-incentive programs like Best Cup and the Pequeños project will allow Café Imports to continue to play matchmaker between producers and roasters for their mutual benefit—and of course for the benefit of coffee’s sustainability overall.

If you’d like to learn more about the smallholder producers of Chalatenango, El Salvador, and to peruse our incoming offerings from this year’s crop, click below.
Offerings