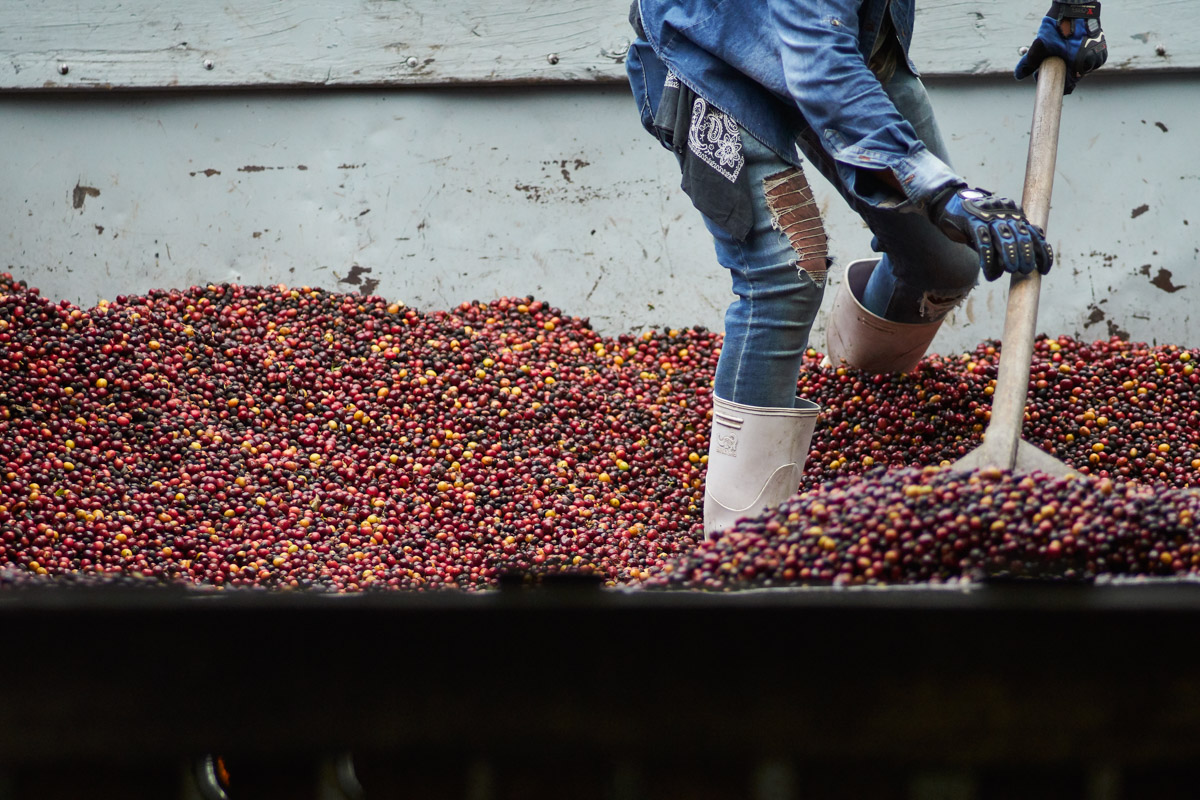 There are lots of coffee-growing regions with potential, but when we think of untapped opportunities to invest in producers and make a real impact on quality and recovery, we can’t help but think of Mexico as a perfect example of what potential means from a coffee source.

The facts support it: There are still good varieties grown there (Bourbon, Caturra, Typica, Maragogype) at higher elevations (1,400–1,700 meters in some places); there is a strong cooperative culture that stands to support smallholder farmers; and its location in proximity to the U.S. means the possibility for faster, smoother shipping and logistics. 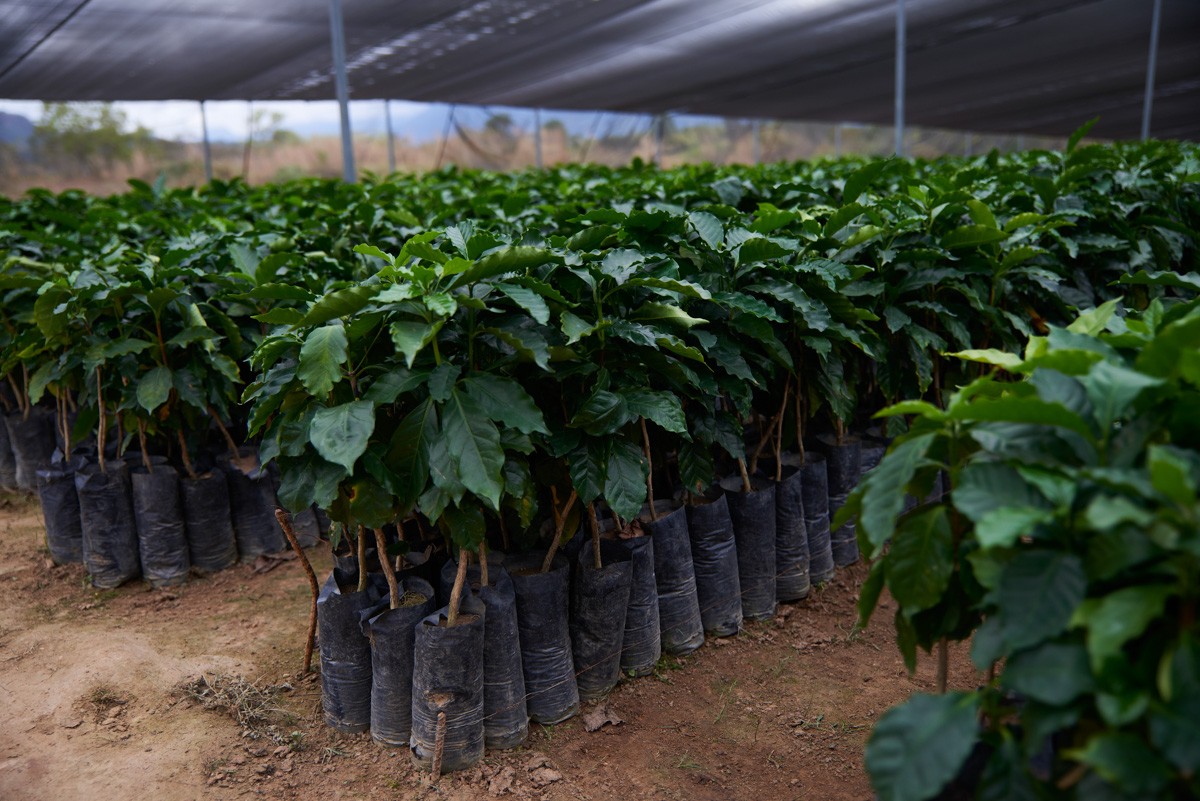 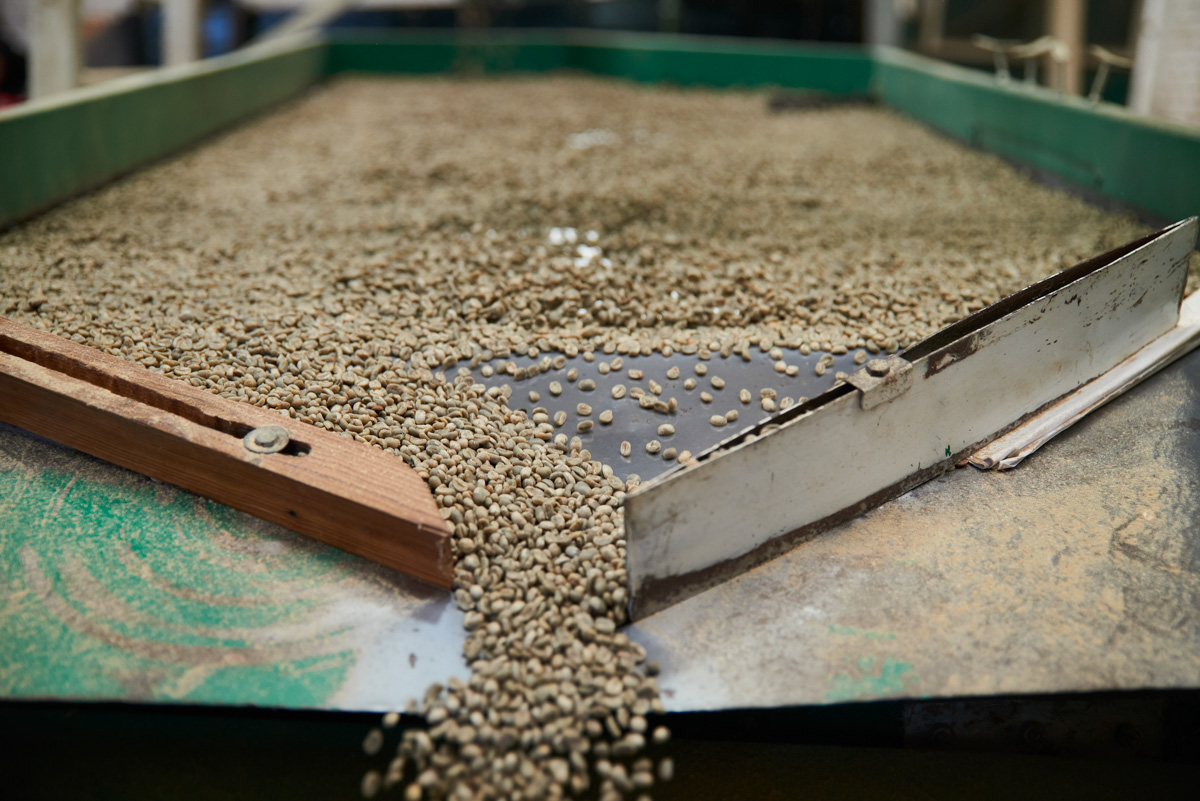 Mexico has suffered some setbacks over the past decade, however, as it was among the worst hit by coffee-leaf rust (Hemileia vastatrix), a fungal disease that chokes the plants’ ability to host ripe cherry. Combine that with a record low C-Market price for a one-two punch: Farmers unable to turn a profit with their small, sickly yields have struggled to reinvest for quality, while pickers and other necessary labor resources have been forced to migrate away from the coffee sector in search of reliable work.

At first glance this sounds like a terribly sad story, but instead of lingering on the negatives we see the possibility between the lines: There are real, tangible opportunities to support small producers and revive the local coffee economy, and to tap into both the high-quality coffees that already do exist and the ones that we know can come to market in the next few years with the right support from companies like Cafe Imports and our roaster partners.

Smallholder farmers who own just 2 or 3 hectares became the backbone of the Mexican coffee industry in the early 20thcentury, when land-redistribution efforts broke up many large colonial estates and gave farmland to the plantation workers as well as returning plots to displaced indigenous peoples. Splitting up the haciendas offered more autonomous business opportunities, but it also created a fragmented marketplace: Famers with so little land also have less access to direct buyers, as well as to resources necessary to manage, grow, and re-invest in their farms.

One response over the past several decades has been the establishment of strong cooperatives: democratic associations of smallholder farmers that can simulate an economy of scale for the individual members while also gaining market leverage with their combined volume. They also have a built-in sense of community that other, less-connected producers have, which can also help in a time of, say, a labor shortage—another thing that coffee farmers in Mexico are currently experiencing. 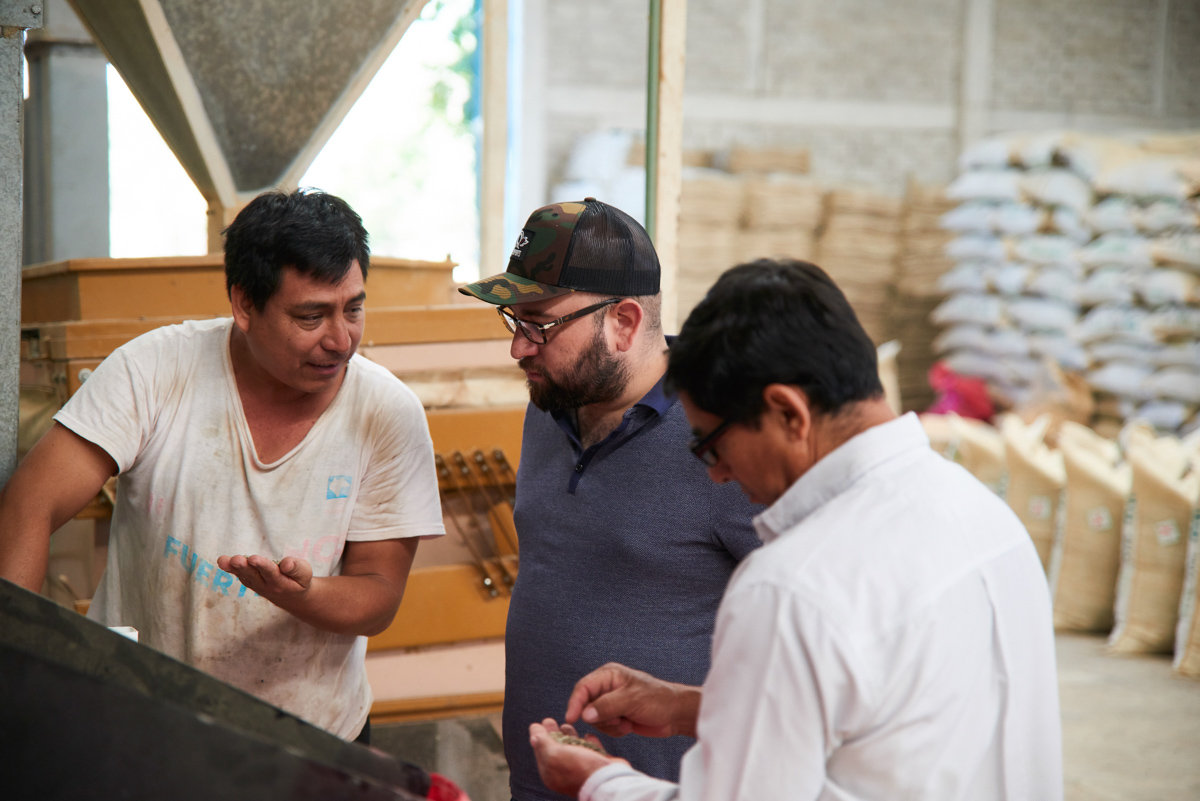 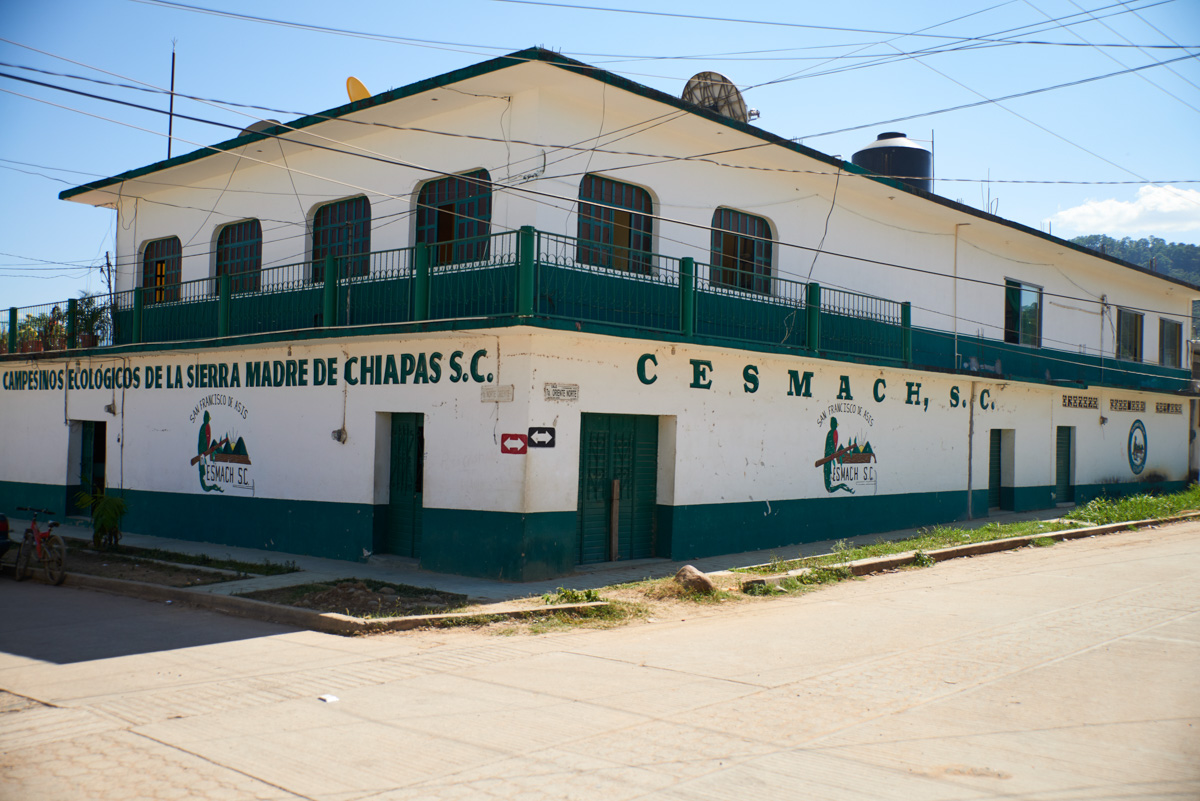 “This was a big issue this year in general, in Mexico and Central America,” says senior green-coffee buyer Piero Cristiani, who visits Mexico on sourcing trips twice or three times annually. “They couldn’t find labor for the picking. They blame it on the [migrant] caravans, because so many people left.”

The overall labor shortage is another way that cooperatives have an advantage over individual growers: The built-in network of participants means that pickers who work with one member farmer on some days during the harvest can venture to a nearby farm on off days to earn more money. Members themselves can also assist their neighbors, family, and friends this way, which offers a bit of relief as well. Additionally, co-ops that have earned certifications such as Fair Trade, organic, and/or Rainforest Alliance earn more money than the standard market rate, which allows them to pay better, more attractive prices for labor than conventional or non-certified producers.

For this reason, “the co-ops are in a better position,” Piero says, explaining that Cafe Imports pays our long-term FTO co-op partners more than even the Fair Trade floor price, by as much as 25–30%. That price differential can mean the difference between investing in quality or walking away from a struggling farm. For the groups we buy from every year—especially CESMACH and Triunfo Verde Cooperative, both located in the buffer zone of the El Triunfo Biosphere Reserve—it has translated into nurseries full of good varieties that display tolerance to rust.

“CESMACH is doing a really good job at distributing some really good, high-quality varieties,” Piero reports. “They have this variety they found they call Rancho Bonito. It’s not rust resistant, but it’s tolerant to rust, and it has a good production and a good cup. They’ve given out more than 3.5 million plants in the past couple of years.” Piero says that early samples of this variety, named after the area where it was discovered, cupped as high as 87 or 88 points—promising enough to inspire a small trial for the 2018/9 harvest, with a limited run of bags available to our customers. “They still don’t know what it is,” Piero says, explaining part of the hesitation for going all-in on a full container yet. “I asked them and they said it could be Obata, or Tabi. The profile from the first samples they gave us, the cup was really good, and it was also floral, so it could be something else. It could also be a Catimor type that has been crossed with an Ethiopian, something like that.” 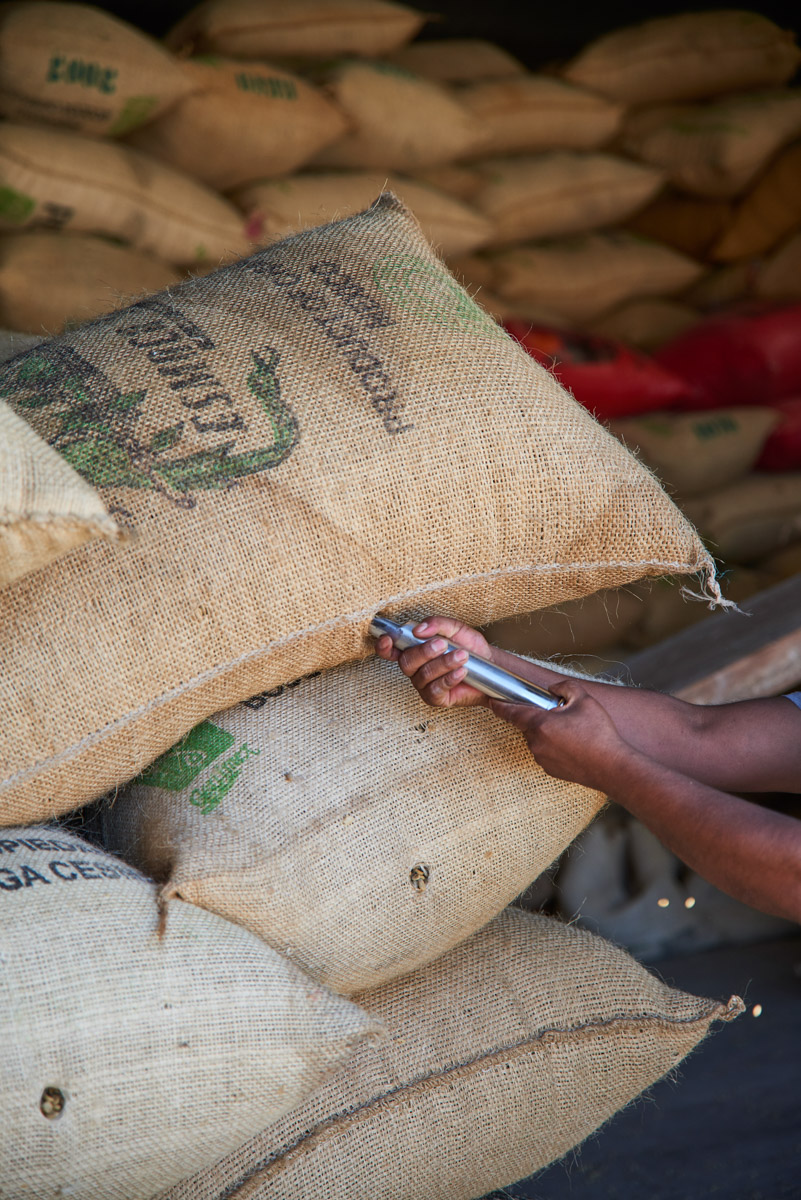 Working closely with cooperatives over the course of several years also opens up the opportunity to identify and reward microlot-quality coffee, which can mean an exponential boost in revenue for a producer whose individual lot is a shining star. This year we have seen some stand-out microlot offerings from Triunfo Verde as well as an association called COORPROVER that’s located in a microregion of Veracruz: These coffees are coming in hot with notes of apple, caramel and brown sugar, lemon-lime, and grapefruit.

Piero says that the farms from which we’ve seen the best lots through COORPROVER have been high-elevation areas in Puebla, around 1,700 meters. (So high up for the region, in fact, that the cherry is sometimes threatened by frost.) Members of the group have done well in Cup of Excellence competitions in the past—another sign of the immense potential that still exists in Mexico, with the right opportunities.

While there are conversations in the greater specialty-coffee sphere about how the industry as a whole can create a more sustainable supply stream that benefits farmers more, there are also individual actions that roasters and green-coffee buyers can make in order to become part of the push toward a solution.

One of the first and perhaps one of the easiest is to identify an area that is regularly overlooked by the specialty market and to increase engagement and empowerment there. Despite the toll the past few years have taken on the Mexican coffee landscape, despite the lower supply and even the decline in cup score that’s been a natural result of the coffee leaf-rust epidemic, we have continued to work with communities of growers who are committed to staying with coffee production, and who are dedicated to focusing on quality even when the cards appear stacked against them.

Piero continues to seek new partnerships and to strengthen existing relationships, visiting regularly and going the extra mile to find and compensate quality and reliability—especially from smallholders and cooperatives. 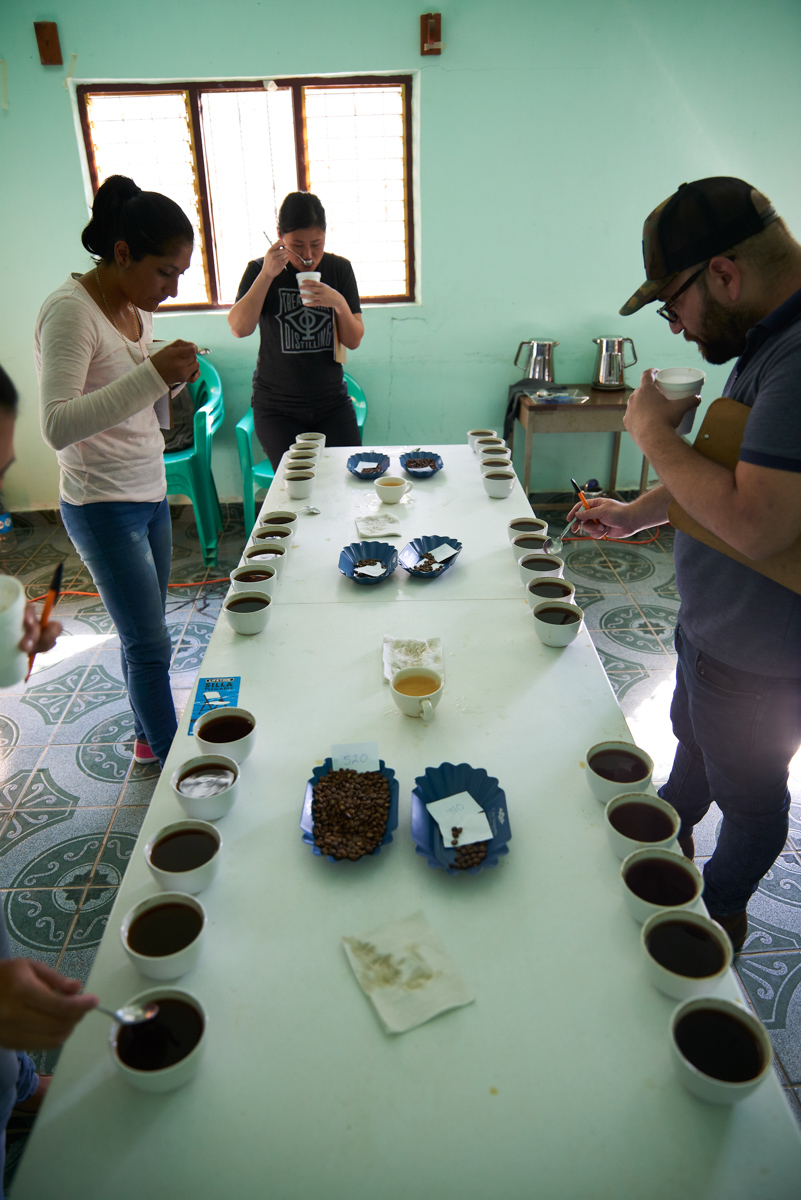 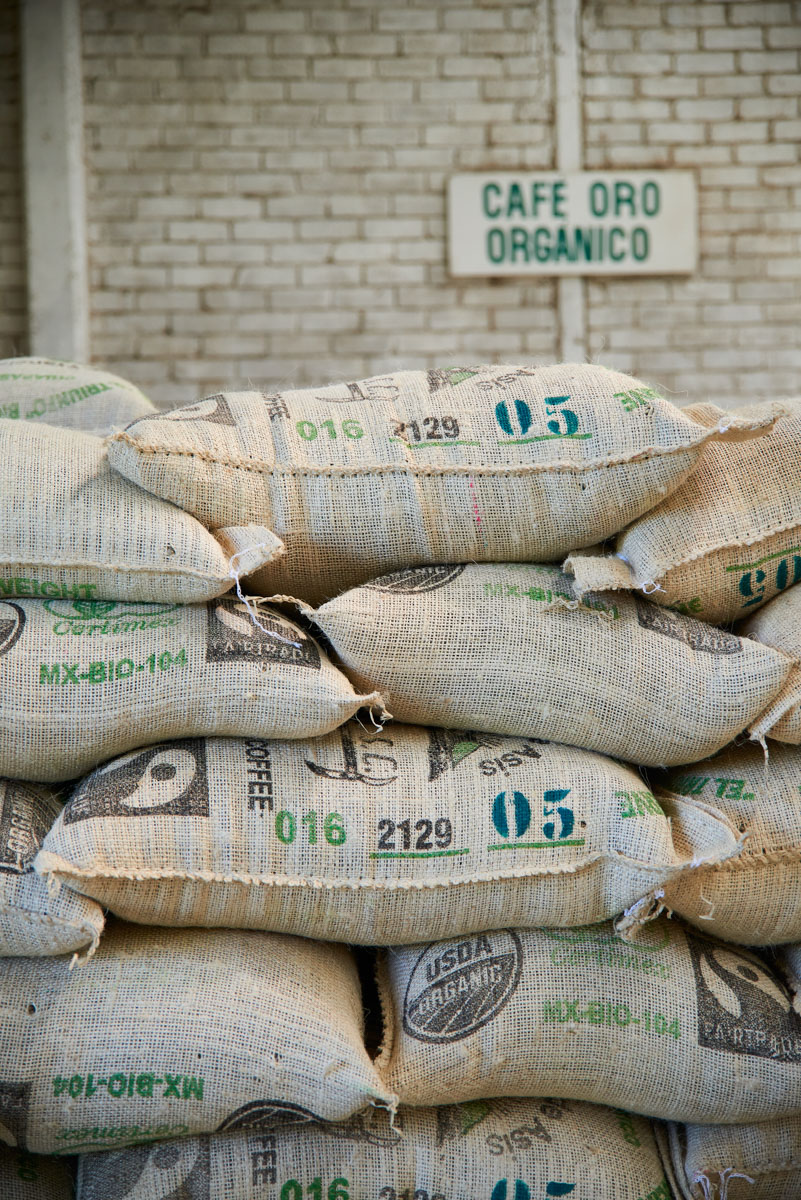 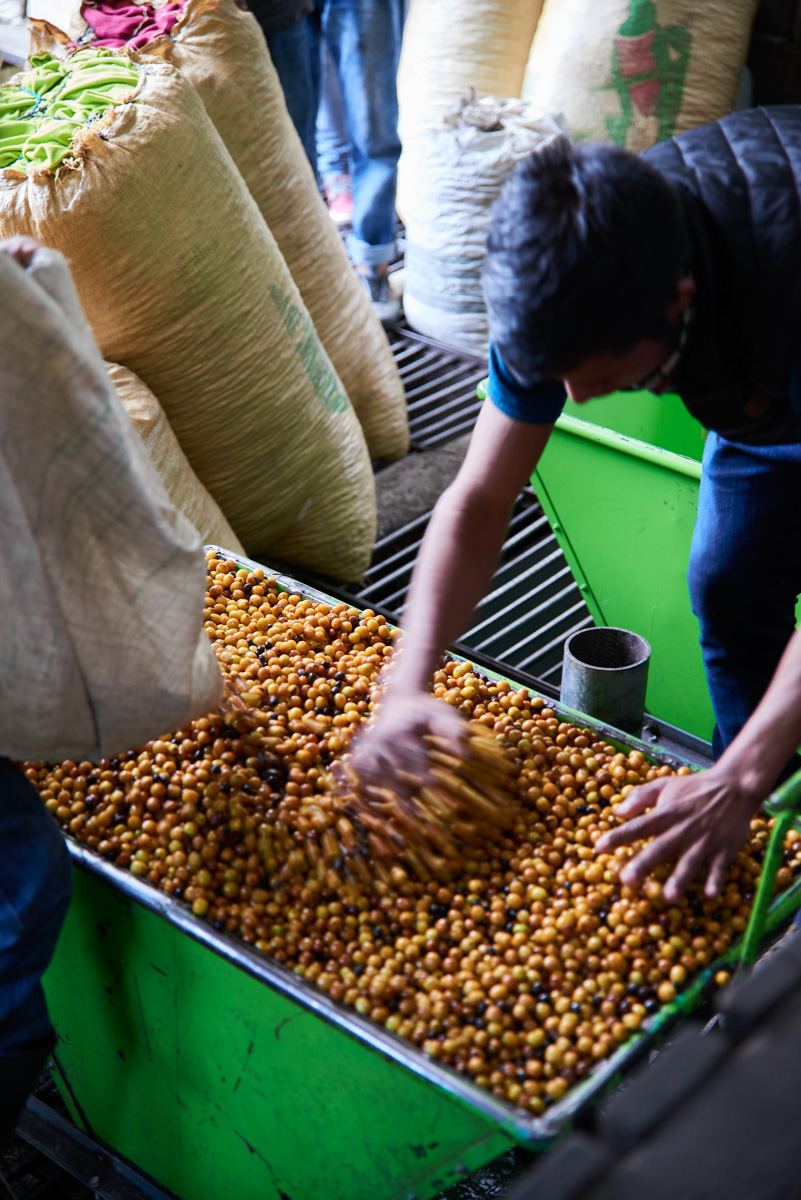 Our customers are what allows him to do that, and what allows us to continue to show up and buy coffee from producers who have faced years of setbacks from weather conditions, a volatile C Market, political unrest, and lack of resources. Despite the obstacles, Mexico’s coffee farmers continue to work hard and produce the best coffee they’re able, and we know our customers—many of whom are small-business owners themselves—value that tenacity and toughness, and can identify the passion for coffee that is the common thread between us all.

What you can do is commit to taking a closer look at Mexico, and potentially making room for it—or creating more room for it—on your menu.

This isn’t just altruism: It’s good business and good coffee, and it’s one actual, actionable way to help make circumstances a little better, one purchase at a time.