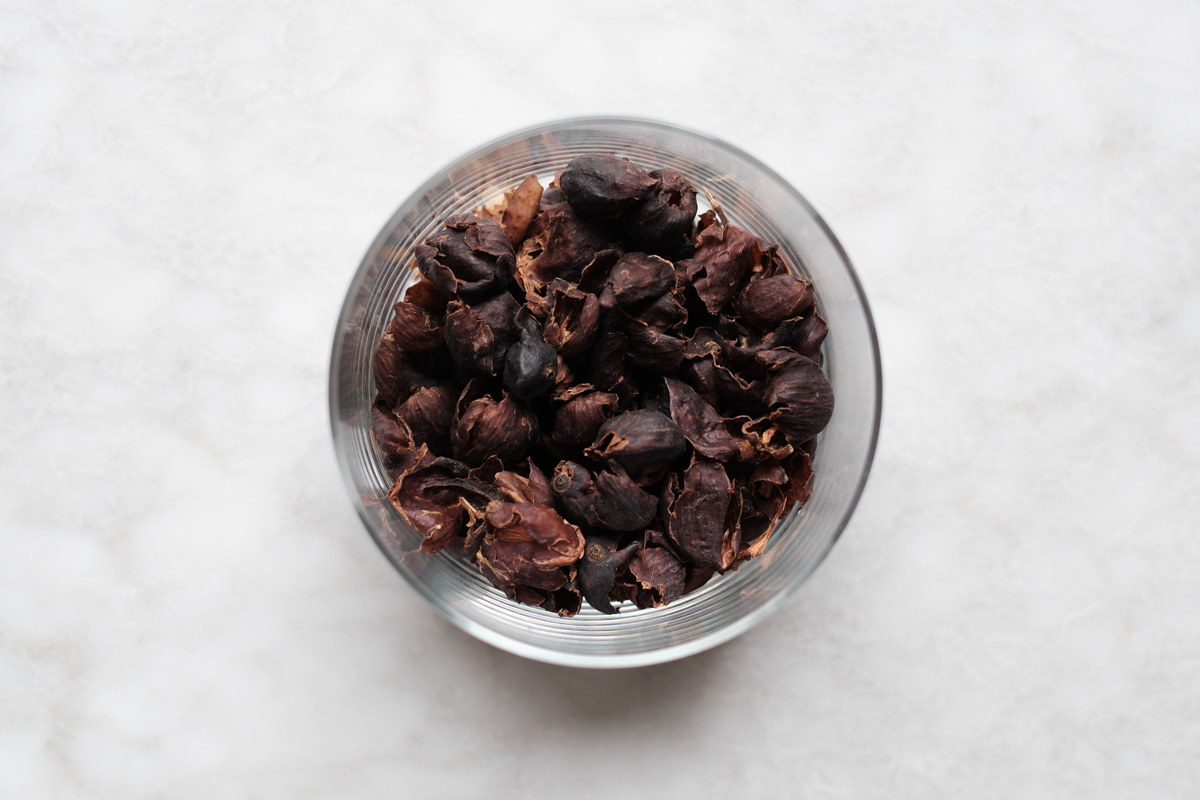 Hibiscus, rose, dried tart cherry, rooibos tea: These are tasting notes for coffee, but not the way you might think. They’re actually the words we’ve used to describe our fresh-crop lots of completely traceable, meticulously processed, and fully pasteurized cascara, which we’re thrilled to offer in limited quantities for the second year in a row!

This cascara comes in 4-kilogram boxes.

Cascara in Spanish means “husk” or “shell,” and is used to describe the skin of the coffee fruit that has been removed during depulping, specifically dried, and used to brew an infused tea-like beverage. The trend of brewed cascara, or coffee-fruit tea, started in the mid-2000s when a few intrepid coffee growers began collecting the cascara and selling it in limited batches. Before long, cascara was the star of signature drinks in barista competitions all over the world, and even Starbucks made an attempt to bring it into the mainstream. While most coffee-lovers have never tasted coffee fruit before, cascara quickly became a unique way to offer an idea of the tropical, sweet, floral, and sometimes slightly herbal flavor of the cherry in which coffee seeds, or beans, actually grow.

Unfortunately, until recently the only way to retrieve cascara was to quite literally take it from the trash heap: Most of the world’s coffee cherry husks are discarded after depulping, or they are converted into fertilizer to be used in the fields. Anyone who’s ever visited a wet mill can probably call the smell of coffee fruit fermenting in the sun—and those people are probably the least likely to order the cascara-based signature drink on the local café’s menu! 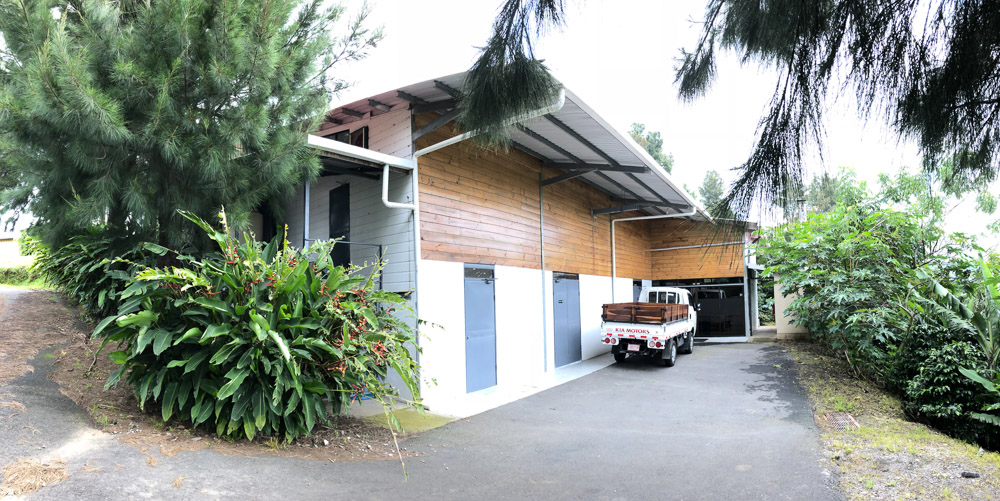 Enter Helsar de Zarcero Micromill: This micromill is owned by Richardo Pérez and brothers Felipe and Marvin Rodriguez, and was built in the early 2000s in order to control the processing (and therefore the quality) of their farms. Since 2012, the University of Costa Rica along with Helsar Micromill has been researching the possibility of creating food-grade cascara using modern processing technology, pasteurization techniques, and, in an odd role reversal for coffee professionals, making the seeds the waste material instead of the cherry itself. (Though Helsar has begun selling the parchment coffee, as well.)

Caturra, Catuai, and Villalobos coffees from two farms in Naranjo, Costa Rica, are used specifically for this new cascara venture. After being harvested, the cherries are transported on the same day to a facility to be specially processed: The seeds in their mucilage are whisked away, but the removed pulp is washed, pasteurized, and dehydrated in a sterile environment to keep it free of pathogens, debris, and other not-delicious stuff commonly found in “regular” cascara. 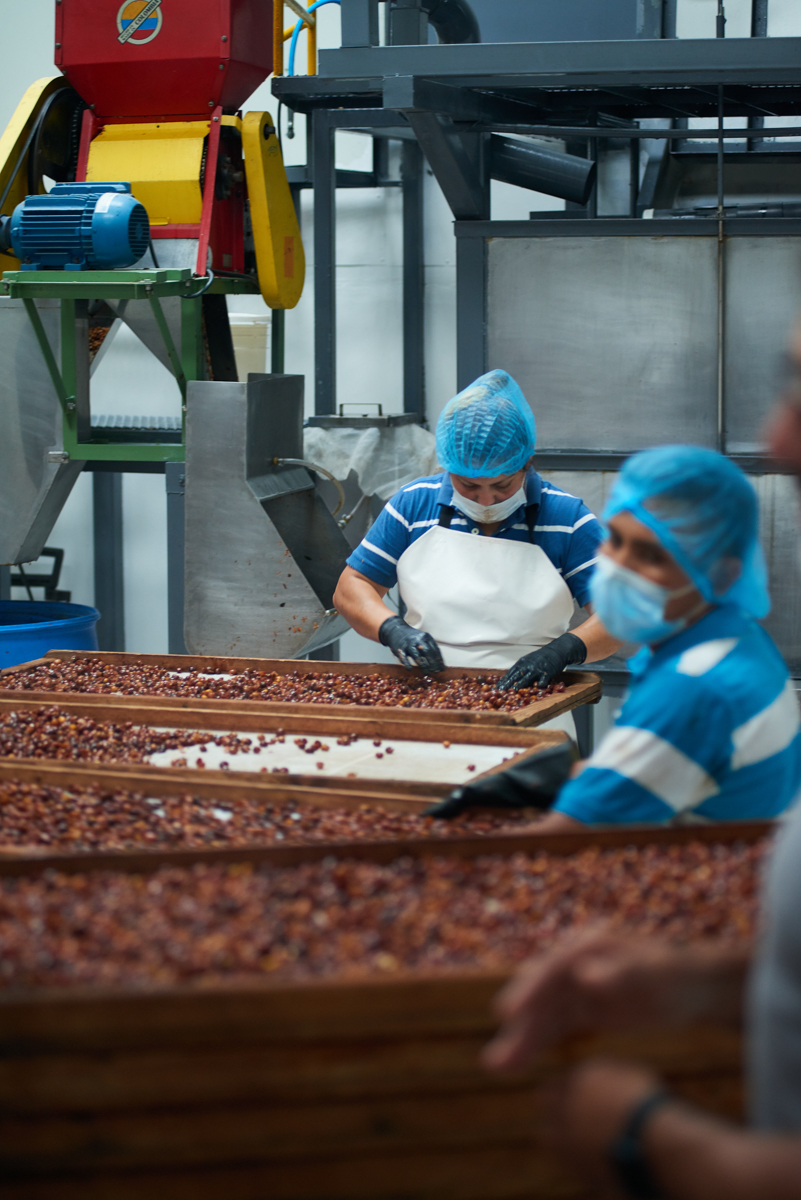 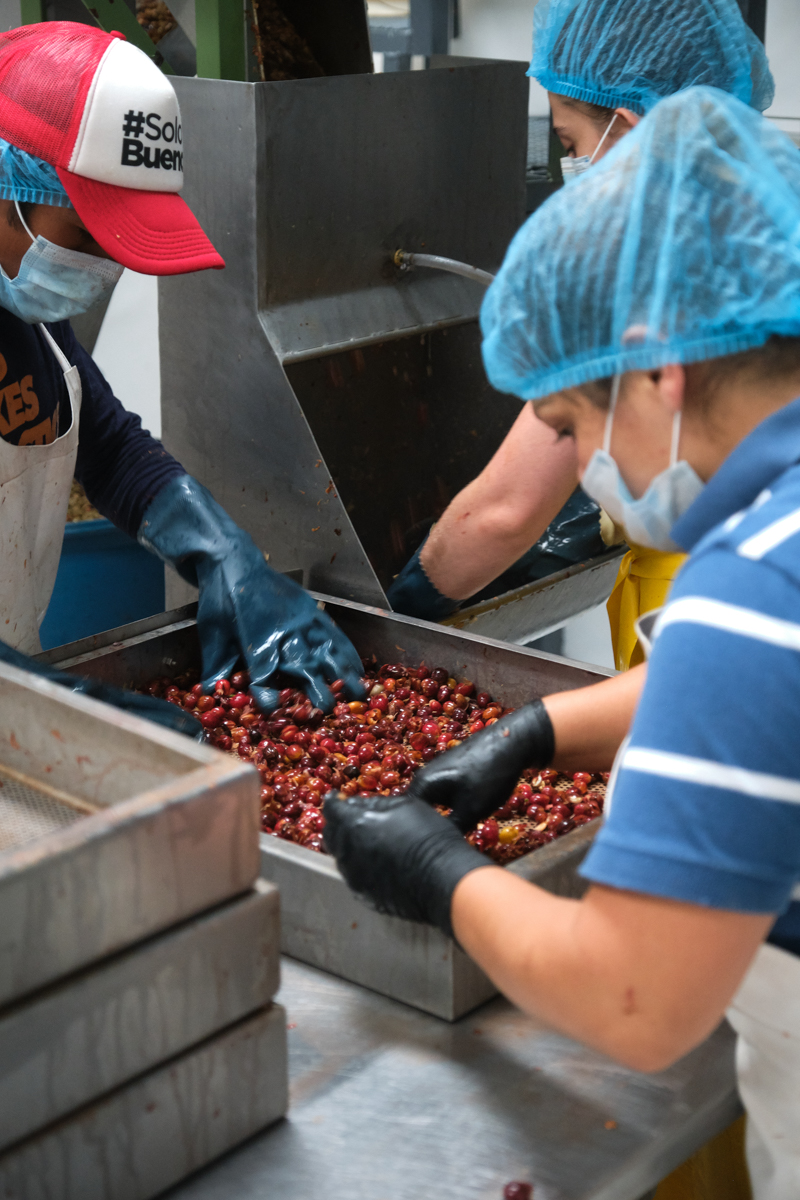 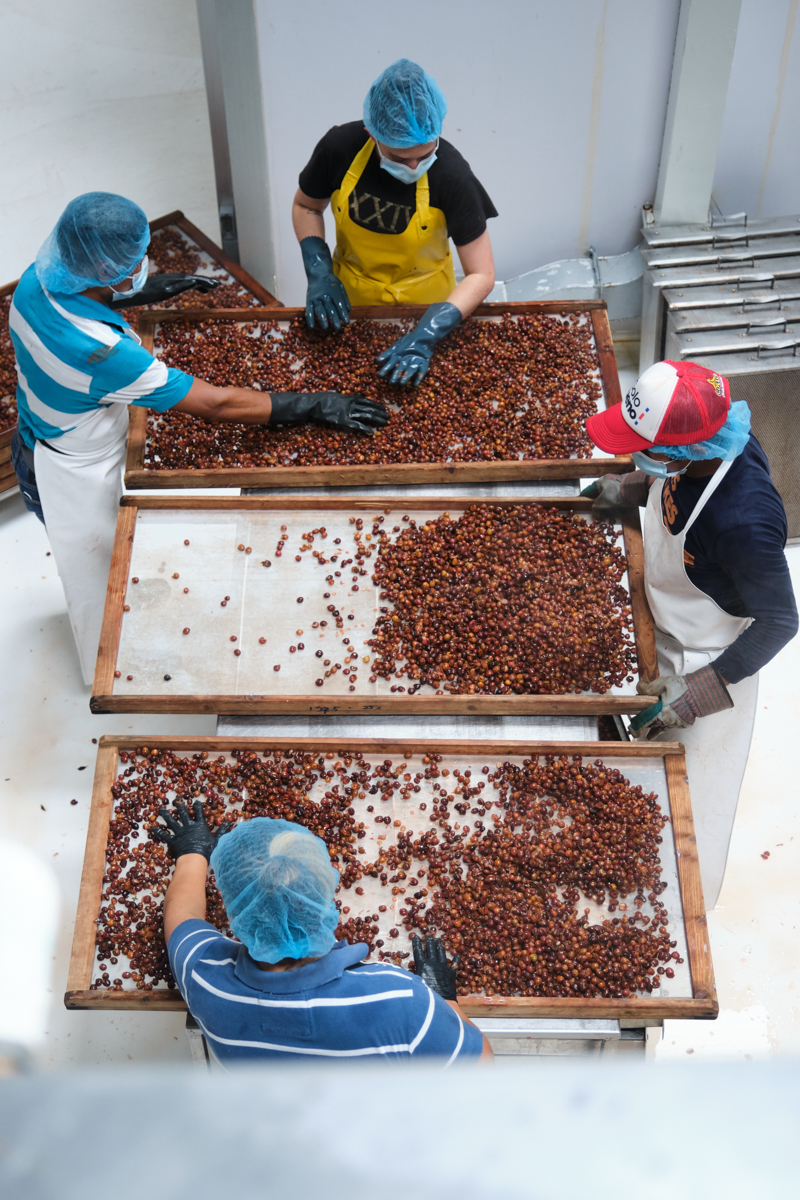 Cafe Imports sensory analysis director, Ian Fretheim, has been submitting samples of dried coffee fruit for organics testing for several years in search of cascara that makes the (food) grade, and previously the results of the tests have been…well, frankly pretty gross. As usual, Ian submitted this cascara for rigorous testing through a third-party verifier, and the reports from Finca Santa Lucía and Finca Anonos’s cascara are incredibly promising.

“This is so far easily the cleanest cascara that we have had tested,” Ian says, adding that in addition to being safe, it’s also (bonus points!) pretty delicious.

“It’s tart, fruity, fresh, and clean tasting,” he says. “Reminded me of a five-flavor berry tea from Korea.”

Cascara is not only good-tasting, but it’s also high in antioxidants and lower in caffeine per serving. It’s also much easier to prepare than, say, a single-origin double-shot latte with perfect latte art, and offers roasters and cafés a way to start a conversation about what coffee is and where it comes from. 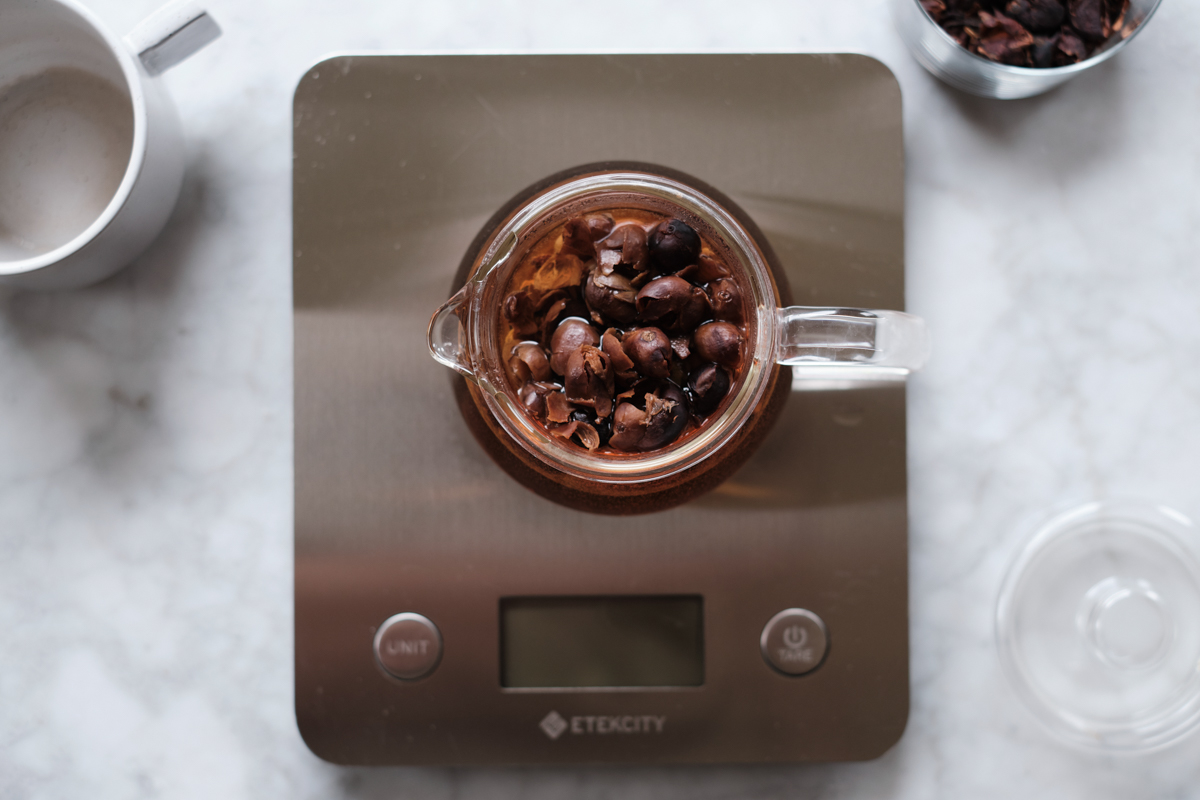 Finally, the potential for a clean-cascara market not only would help producers diversify their income, but might also reduce the amount of coffee-related pollution, as it can help divert fermented fruit material from running off into springs, streams, lakes, and rivers during the coffee processing at source.

How to Brew Cascara

Unlike with brewing roasted and ground coffee, where there are countless opinions about how to get precisely the perfect extraction, there aren’t any hard-and-fast rules about how best to steep cascara. That means you get to play around with it and try different cascara-to-water ratios, different temperatures, even different steep times to find what you and your customers like best. 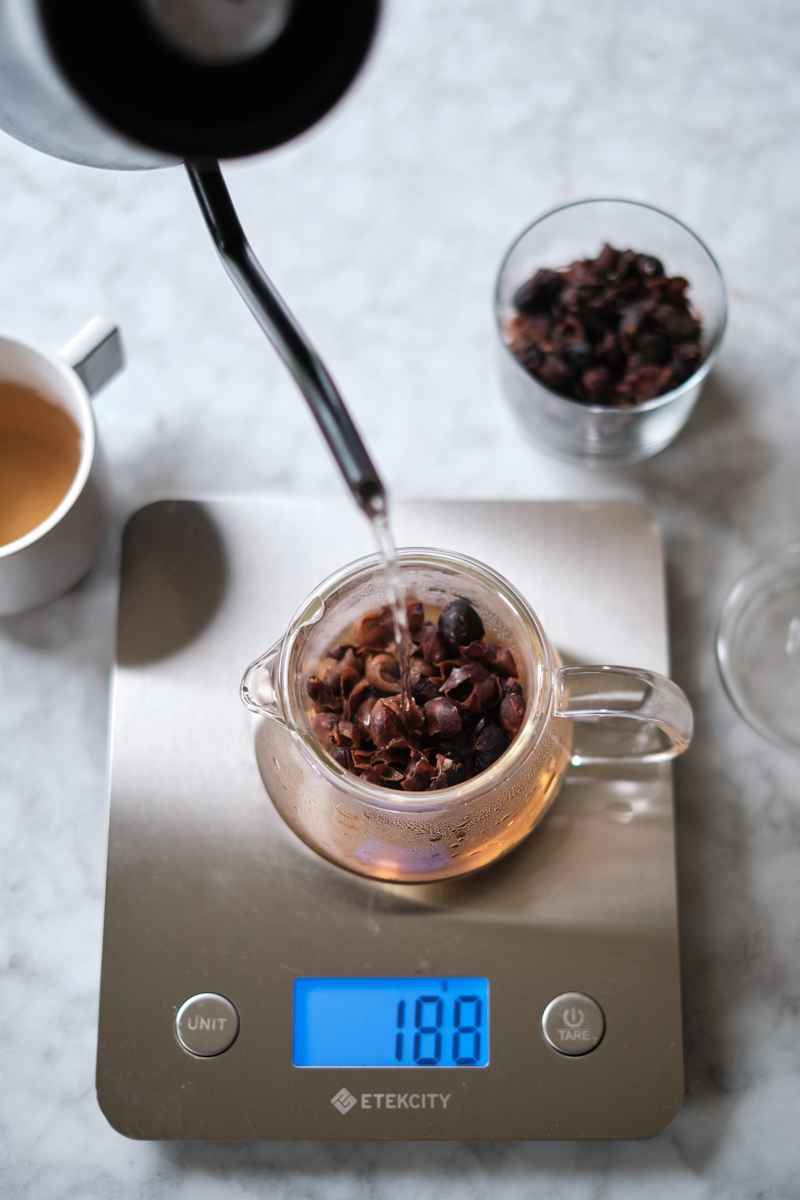 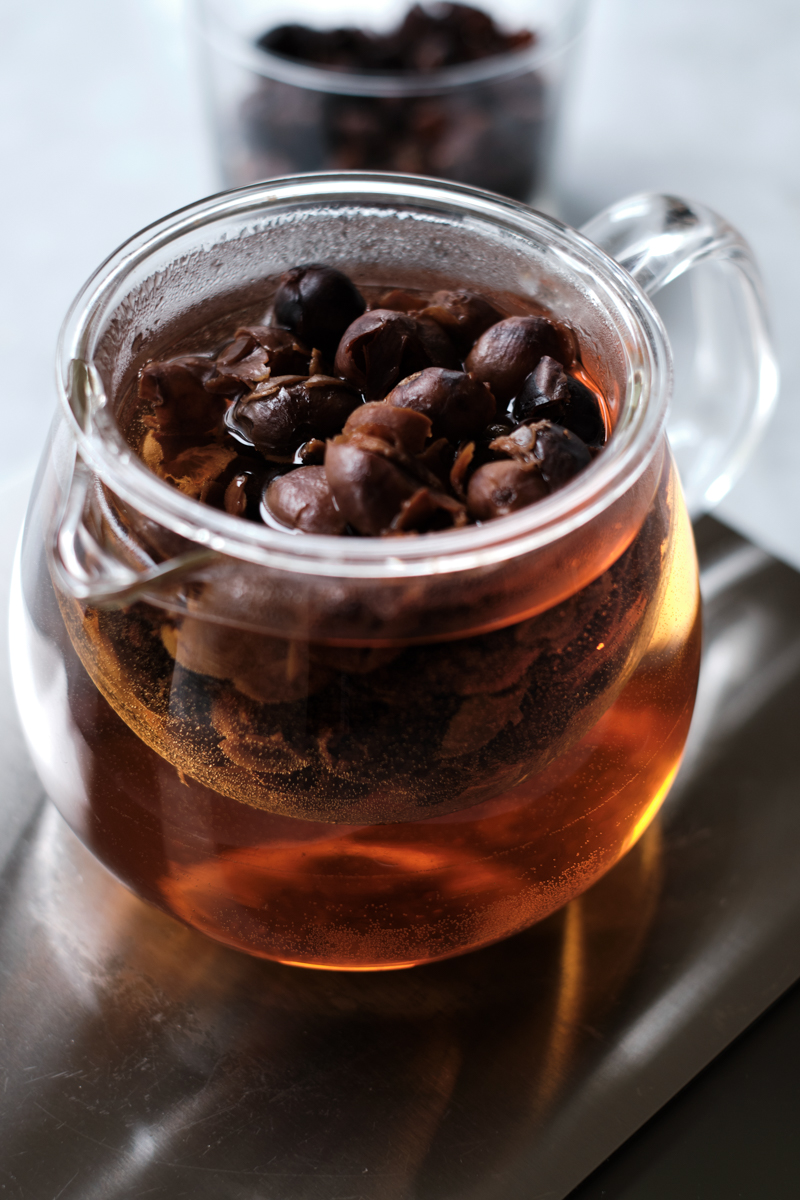 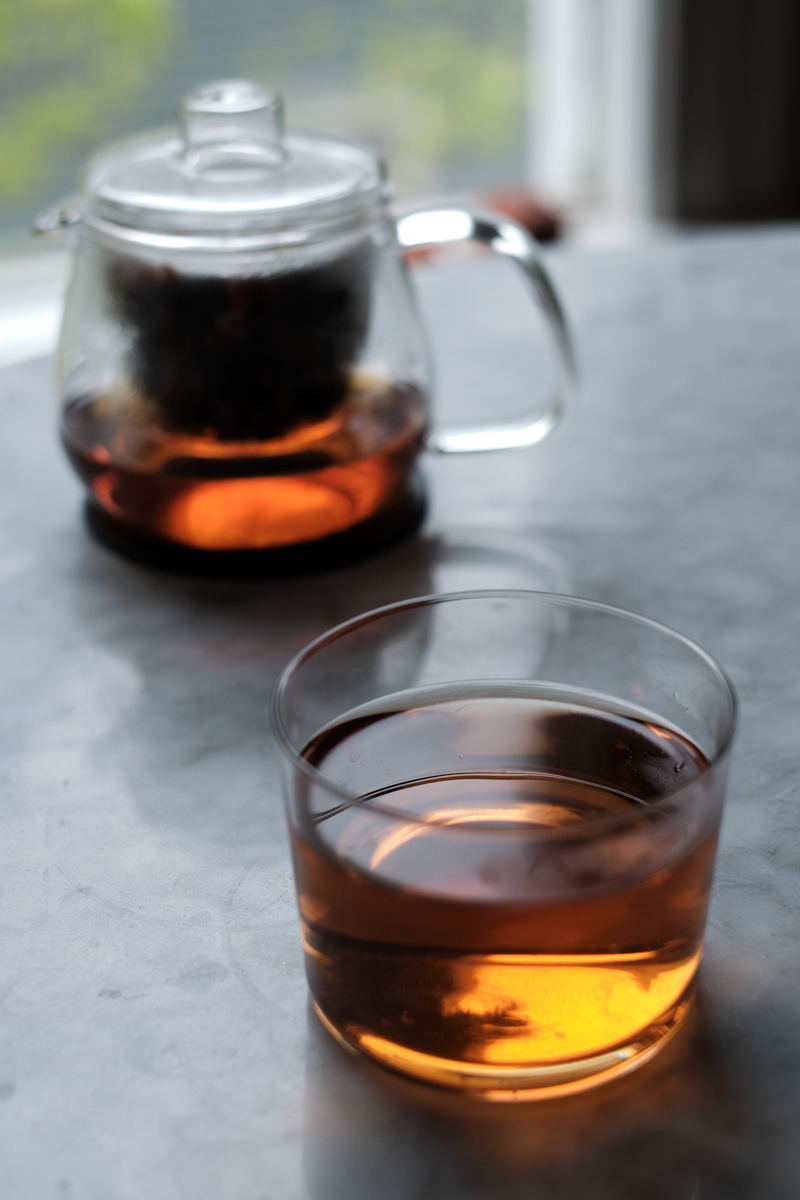 For starters, we like using anywhere from 1–3 grams of cascara for every ounce (28 grams) of just off-boil water, with a 5 or 6–minute steep. (We find that steeping it much longer turns the drink somewhat acrid.) To make an iced cascara, just use half the amount of water you typically would, steep a concentrated liquid, and then pour over a cup of ice to simultaneously flash-chill and dilute the drink. Adjust the ratios to your taste, and get creative: We have some customers who like to make signature drinks like sparking cascara sodas or cocktails and 0% ABV drinks using complementary ingredients.