Cafe Imports longtime green-coffee buyer for Colombia, Andrew Miller had seemingly stumbled on exactly the type of coffee mystery we love: He tasted something on the cupping table that he could hardly describe, let alone identify. Determined to investigate, he first turned to the producer himself. “He said it was Variedad Colombia, but the trees were inconsistent,” Andrew says, showing pictures of the mixed-up looking bushes. 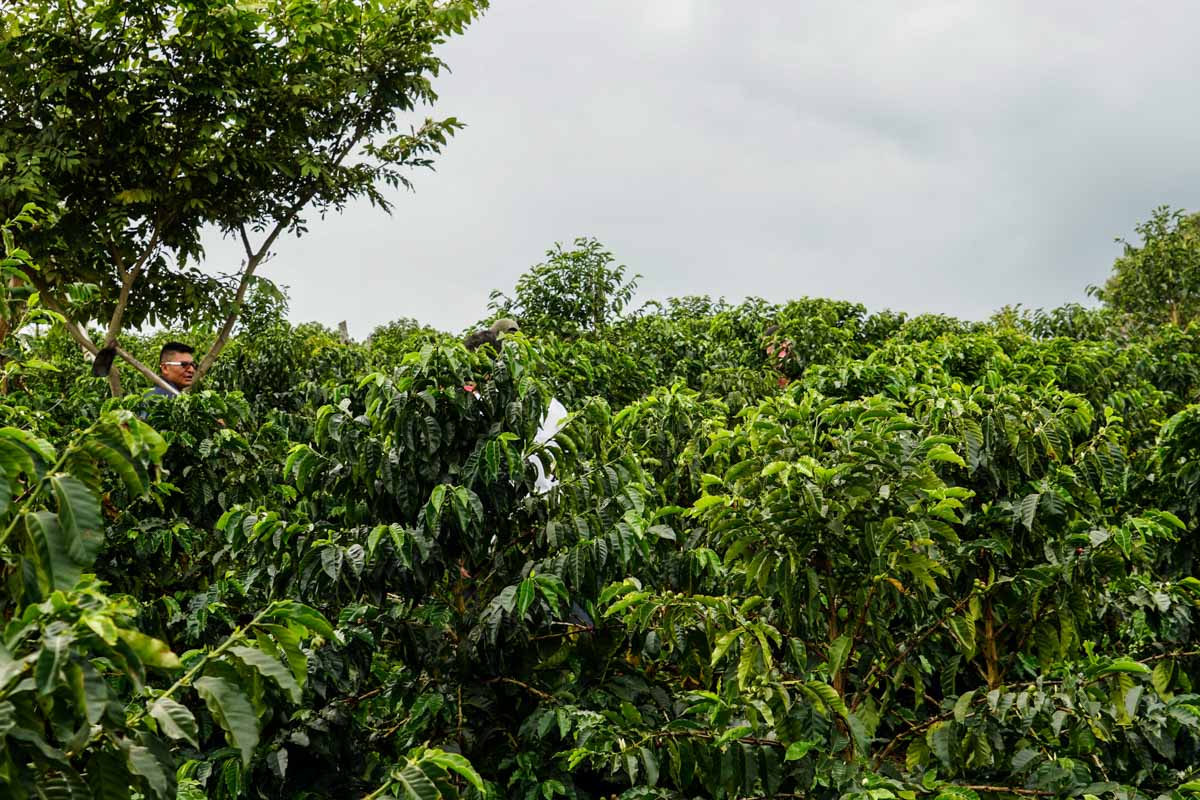 Colombia Variety was a highly productive and coffee-leaf-rust-resistant hybrid introduced by the agronomist arm of Colombia’s National Federation of Coffee Growers (FNC) in the 1980s, widely distributed and, to specialty coffee professionals, widely discounted as subpar due to its genetic proximity to Timor Hybrid, an Arabica-Canephora cross that was discovered around the 1930s or 40s. The namesake variety was hugely popular and successful in the country until leaf-rust mutations made it susceptible to disease, and it was replaced by the more tolerant and, arguably more “sophisticated” hybrid called Castillo. 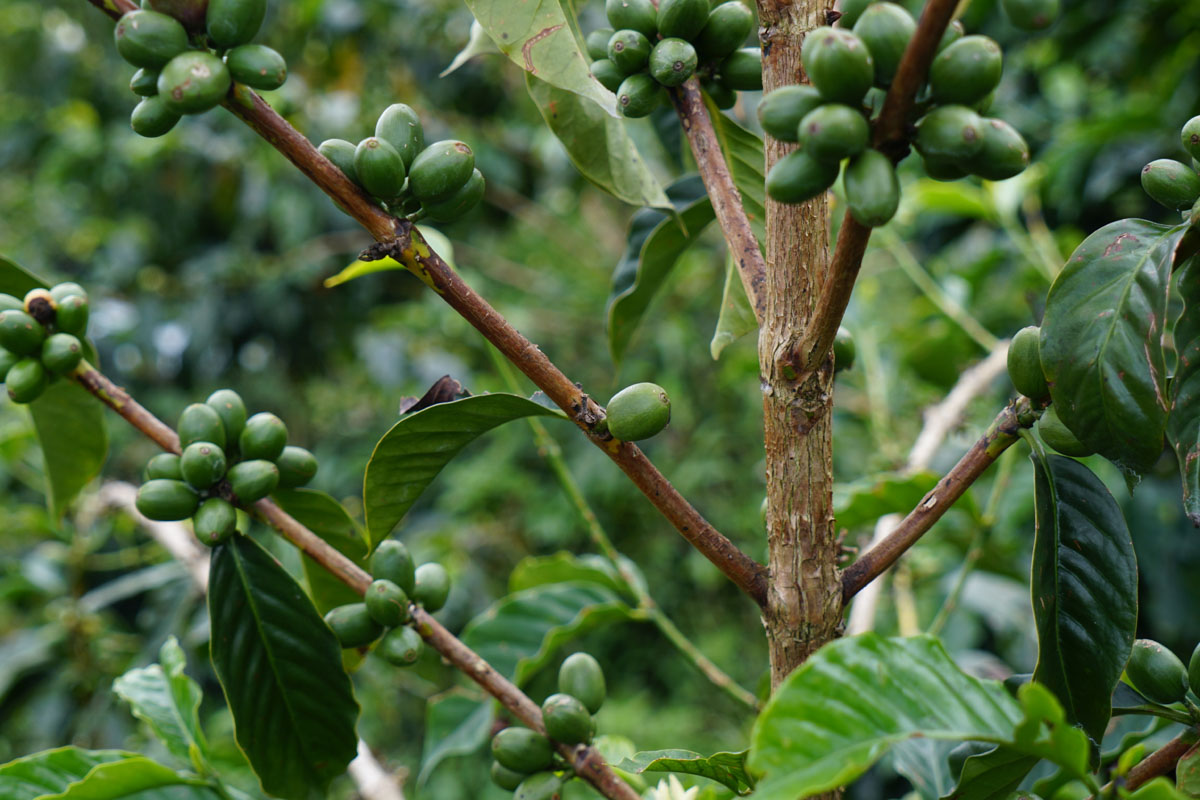 “Some [of the plants’ were short and round like Colombia, some were tall and spindly like a Typica or Bourbon. The plants on this farm were from the seeds of Colombia Variety, but not all of them looked like it, and we were wondering if they were mutating or reverting back to their ancestors. At the heart of it, we really wanted to understand what make this coffee so unique, and so damned delicious!”

That was of course the most compelling part of this wild flavor ride: When Andrew hit the cups on that table in November, he scored the coffee over 90 points. Later sensory analysis in our Minneapolis cupping lab confirmed those results. This coffee is damned delicious.

“Hibiscus, Rose Hips. Mandarin. Guava. Rich papaya juice. Caramel. Milky. Long lingering, heavy mouthfeel.” Those notes are from Junsun Bae of Namusairo in South Korea, one of a small handful of roasters who agreed to suspend their disbelief on an incredibly small quantity of coffee that might be Colombia variety, and might be something new and thrilling. Ralf Rüller of The Barn in Berlin, Germany, tasted the same guava as Junsun, along with “Cola. Dried Fruit. Grapes. Orange Zest. Black Tea.” Down in New Orleans, French Truck Coffee got that cola, along with “intense tropical fruit, vanilla.”

So, what are these magic beans, anyway? 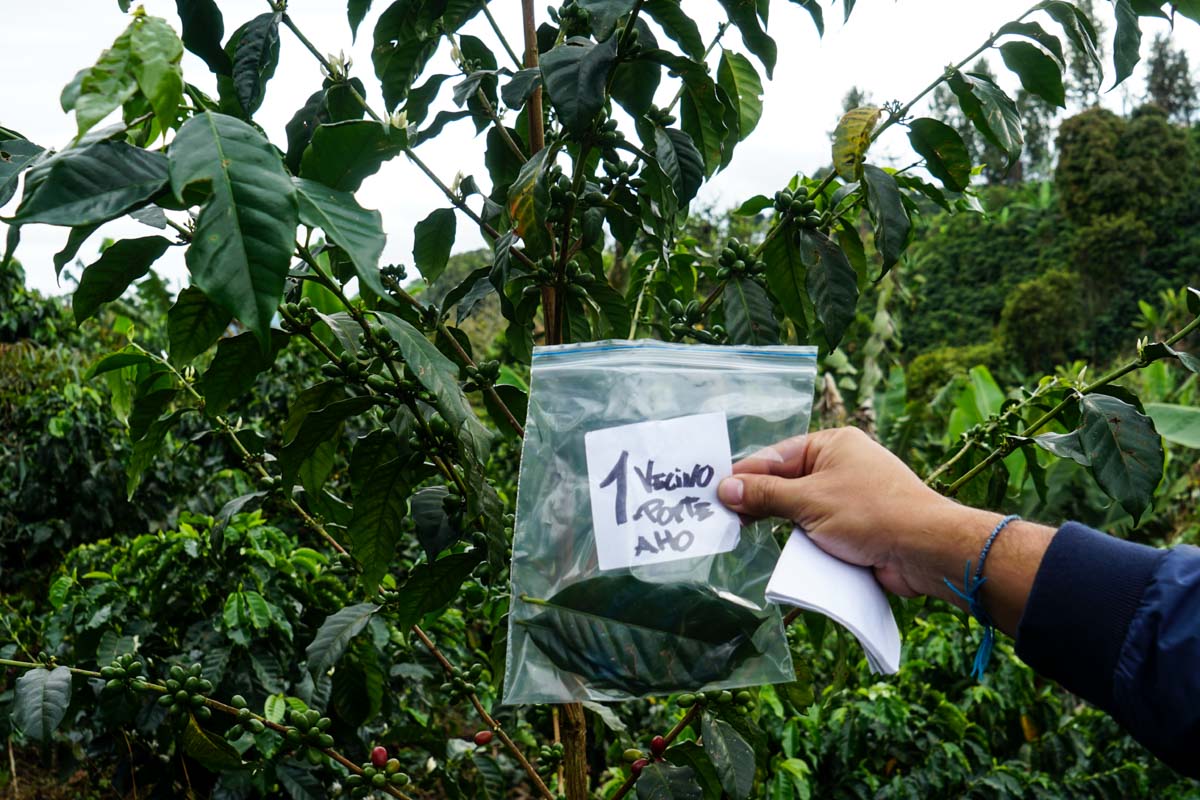 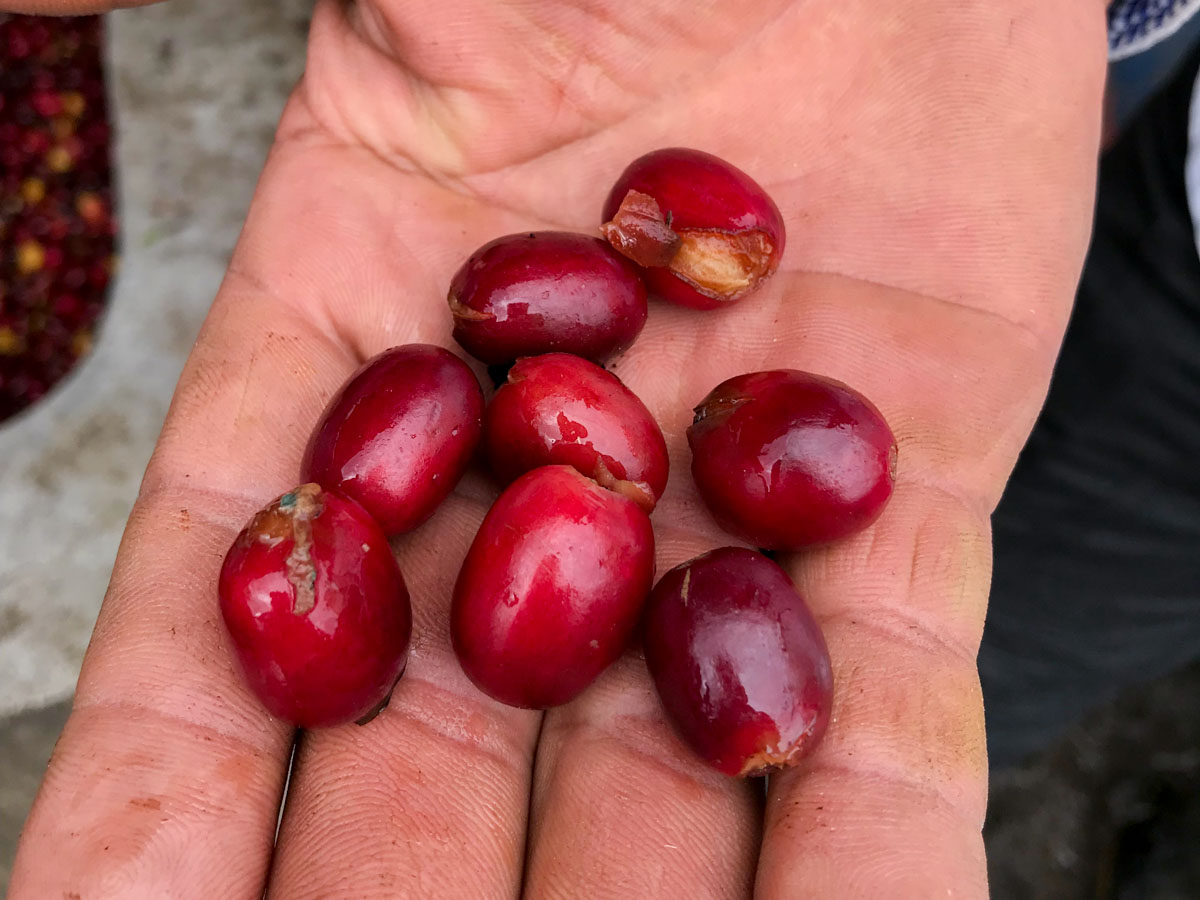 In specialty coffee, speculation is often king: We have a tendency to start sentences with, “I think…” or “Maybe…,” and we often shrug about the seeming lack of scientific backing or expertise that exists. Andrew wasn’t satisfied with “maybe,” though, so he packed up some cherries and a few leaf samples from the plants on this farm, and sent them off to be analyzed by a genetics lab in Trieste, Italy called DNA Analytica. (Yes, you see: There are areas of scientific research that exist in specialty coffee, regardless of our “maybe” habit.)

The results came back—and, to be honest, we weren’t sure we believed them, so we had them run again. Why? Because, well… this astonishing coffee, this guava-sweet fruit bomb with its cola and vanilla and sparkle… is just a very, very good Colombia Variety.

“This was the project of Cenicafe in Colombia to create a rust-resistant variety by crossing Hyrbido de Timor and Caturra over five generations between 1968 and 1988.  The variety that we collected and sent to the lab is commonly referred to as F6, or the sixth iteration of this hybrid. They are also similar to Mokha, Caturra, Lauriña, and many other varieties,” Andrew says, interpreting the lab results. The reason for that could come from the genetic parents of the original cross-breed, a kind of DNA ratatouille created, modified, and perfected (until it was no longer perfect) by the FNC’s Cenicafe throughout those 20 years.

(Real hard-core coffee DNA nerds, rejoice: Here are the full genetic results from testing both this mysterious F6 coffee as well as, for the fun of it, another Colombian mutation about which we were curious, Pink Bourbon.) 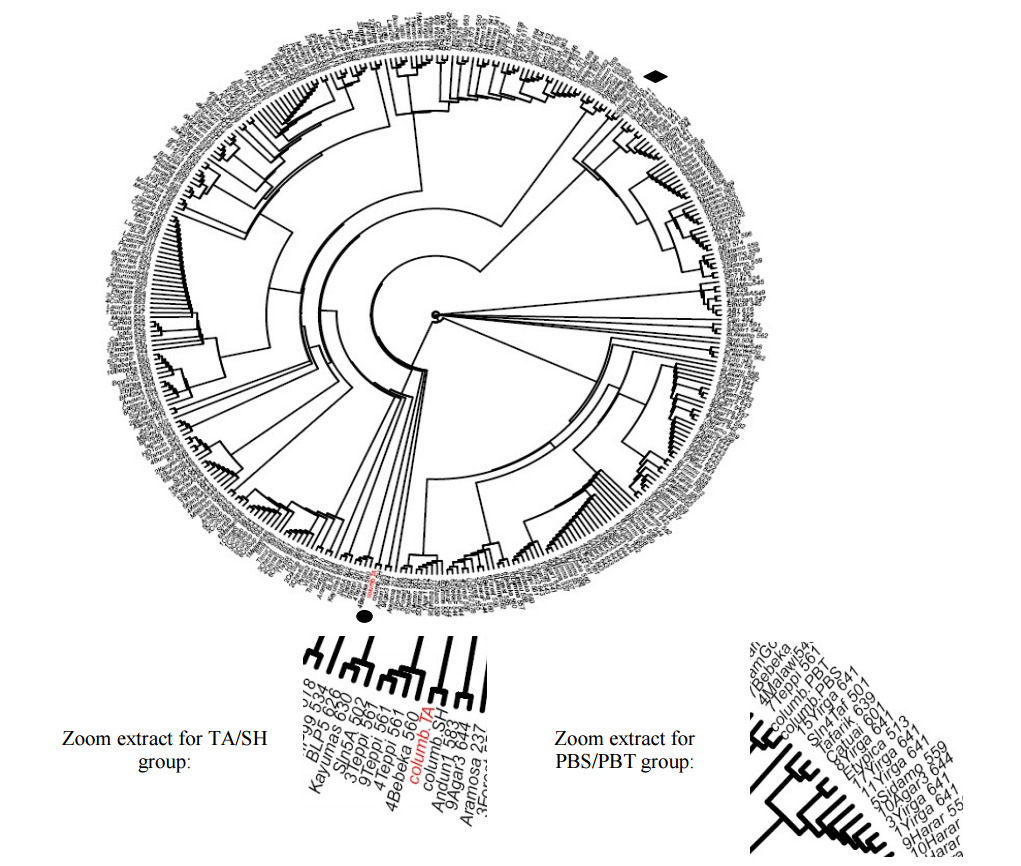 “So, here we are,” says Andrew with a slight shrug. “We know the variety, but what about this coffee is special?” Any number of things, as it turns out: There are so many variables that touch a coffee during its lifetime that there’s plenty more than genetics to praise for this exceptional quality. 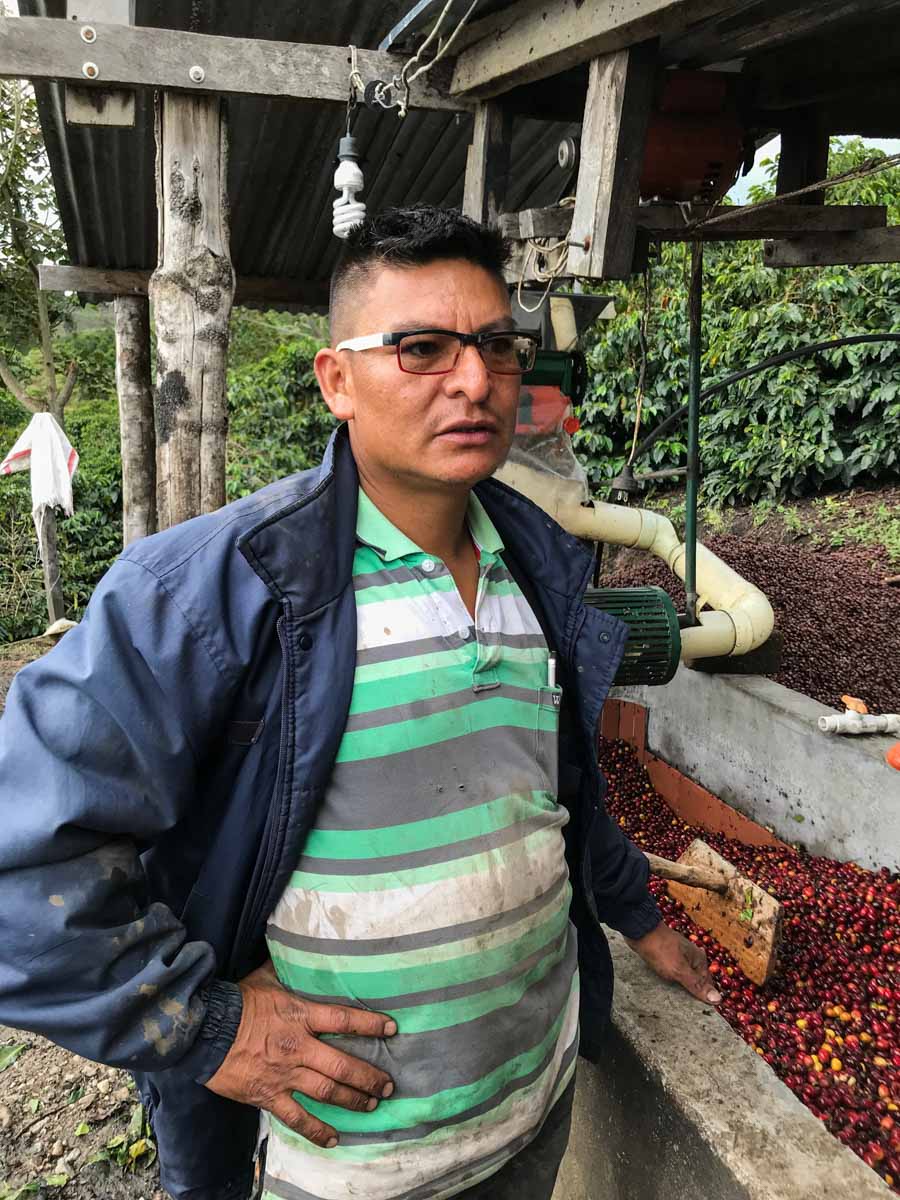 “We know the farmer: His name is Helver Cordoba and his farm is called Finca Sofia. It’s at 1730 meters, near a town called Salado Blanco in Huila,” Andrew continues. “It’s cold up there, and they don’t have rust, but he says the coffee does well and bears large fruit in the cool climate. He learned to process coffee from his father, and he has a small home that he shares with his wife, a school teacher.”

Andrew says that Elver used to sell his coffee on the local market, not even dreaming of specialty. At the time of this writing, that would be $1.20 per pound, but thanks to his partnership with Banexport and our relationship with them, he is able to earn what this quality is worth.

“He said he never imagined that he could get over $5.00 for some of his coffee, and it has been a blessing to know people that value the work that he does,” Andrew says. “It seems that we are back to the same truths about quality coffee that variety matters but terroir matters as much, and processing might be slightly more important as an effort to preserve and highlight inherent quality in well-done coffee.

“Most important though is the human interaction and support of small producers and the success available when we can find top quality coffee that we want, and producers can get a living wage for the work that they do,” Andrew says. And hopefully that’s something we can all truly know, first-hand, and without a doubt. 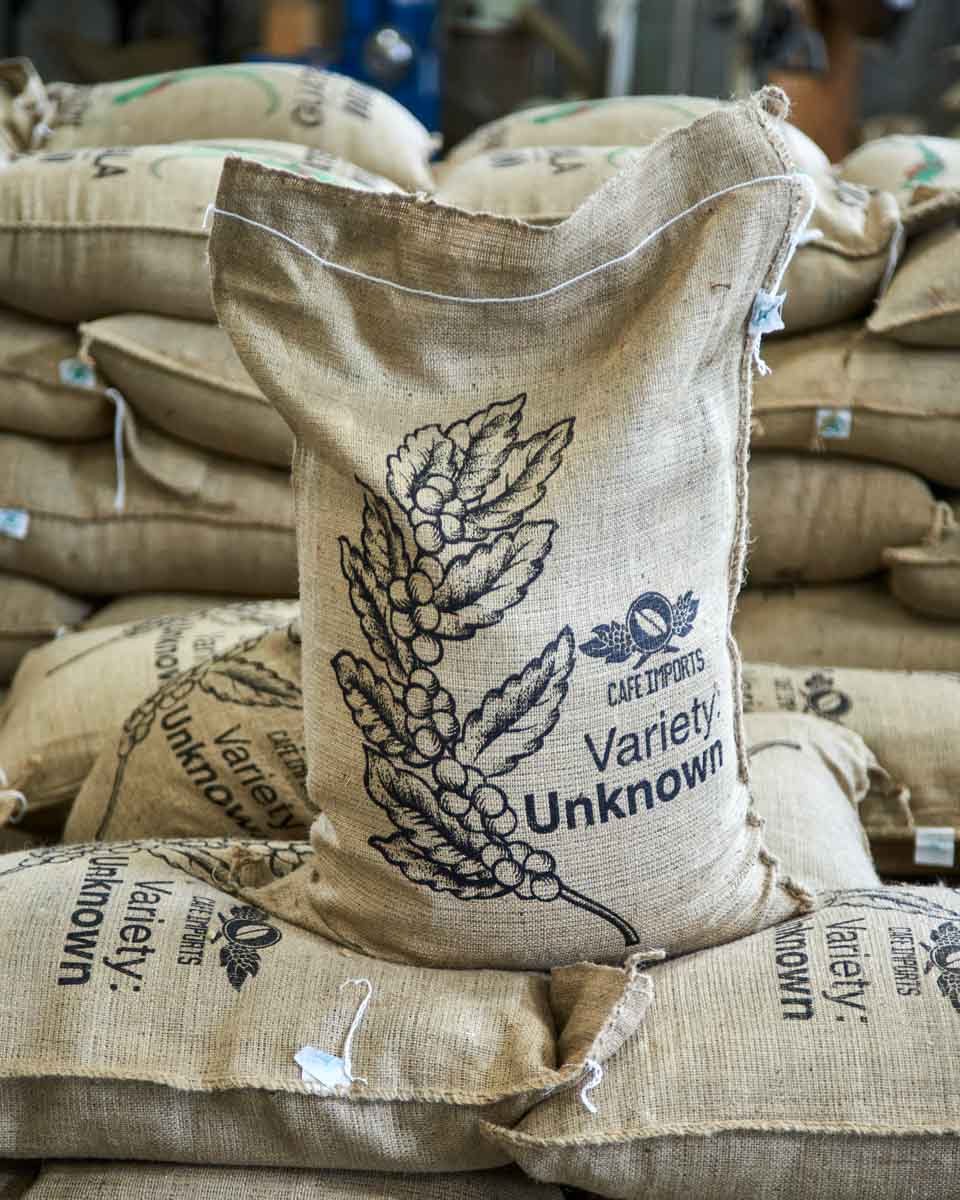 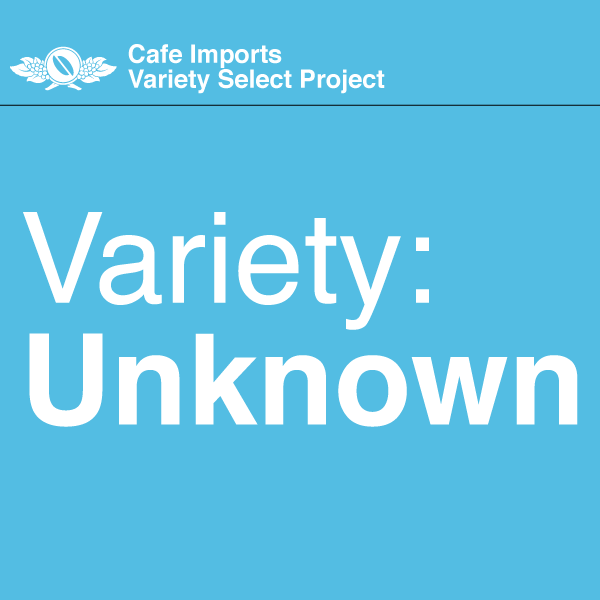