A Series about Certifications, part 1 – Organics

If you’re curious about certifications, this series is for you: Over the course of several blog posts, we’ll explore some of the existing certifications that are available for specialty green coffee, including taking a look at their mission, standards, and whatever auditing or other requirements are important for you to know.

For the first post in this series about certifications, we thought we may as well start with one you’ll see quite often in our offerings list: “organic.” Here, we’ll explore what the term means, what the certification entails, and examine some of the commonly held beliefs about organics. 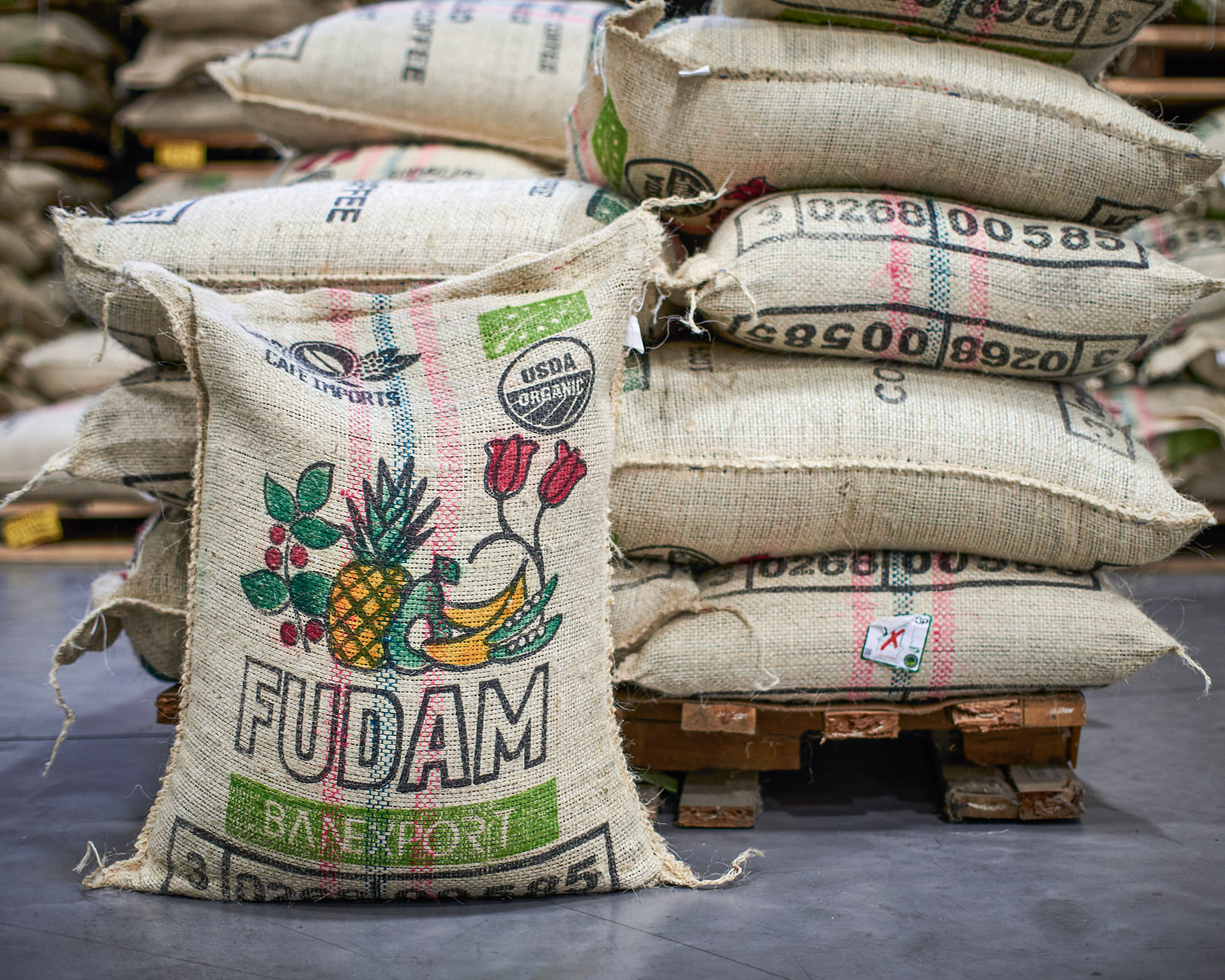 Certified Organic* at a Glance

Briefly, to set the stage for the rest of this journey, here is a simplified list of the major standards and tenets of organic certification for agricultural crops.

* As per the USDA

Technically, the word organic simply refers to anything that is, was, comprises, or is related to living matter containing carbon compounds. You are an organic being, for instance, and so is your dog—as are the flowers and vegetables in your garden, and the compost you use to fertilize them, which is made from a combination of food scraps, paper, and yard waste, all of which were once living and contain carbon.

When we talk about “organic agriculture,” we are getting into slightly different territory. While the term was coined in the early 20th century to refer to a method of farming that utilizes more traditional and naturally occurring techniques and inputs for cultivation, the style of farming that inspired “organic” agriculture had already existed for centuries. In fact, the term was coined in response to the development of what we now call “conventional,” or more industrial farming—which, until the mid-1800s, was not the general convention at all.

Conventional farming was born from a desire to produce mass amounts of food (specifically, but also other crops such as cotton) in a shorter time and at a cheaper cost. It was made exponentially more accessible and profitable to farmers by the development of synthetic–nitrogen fertilizer as well as the development of modern farm machinery such as tractors. This completely changed the face of farming: In 1800, an individual farm might feed a family of five people, and roughly 90 percent of the population lived and/or worked on a farm; by 1995, nearly 130 people could be fed from a single farm, and only 1.3 percent of the population works in farming of any kind.

This is all to say that the words “organic farming” or “organic agriculture” are not a new concept, though the certification itself is only about 30 years old. 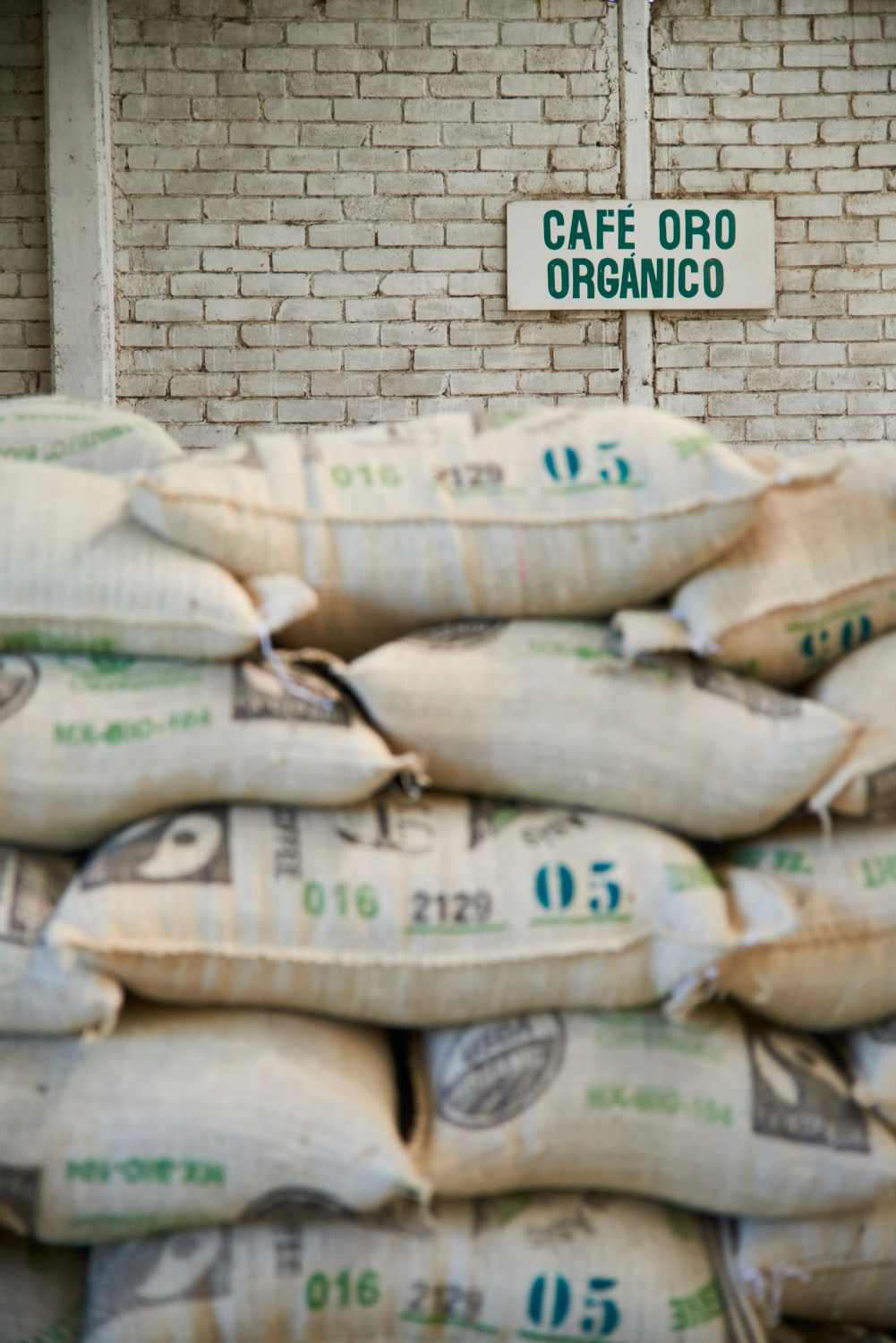 Starting as early as the 1940s in the United States, pushback against industrial, chemical- and synthetics-heavy farming created a grassroots as environmental and personal-health concerns inspired farmers to turn to traditional methods to grow commercial agricultural products. Consumer demand for organic increased in kind, and by the 1970s and ‘80s, “organic” was both becoming wildly more popular and was wildly unregulated.

In the United States, it wasn’t until 1990, when Congress passed the Organic Foods Production Act, that standards started to be written defining “organic” in a certified sense: This standard is set by a federal regulatory program called the National Organic Program, or NOP. The original standards were finally and formally enacted in 2002, though they have evolved over time. (Historically there are older certifications, but the 1990s–2000s saw the adoption of formal standards internationally for the first time.) The NOP is responsible for accrediting third-party auditors and certifying bodies who are able to grant USDA certification status to producers and operators. These third-party agencies are private companies that are hired to perform the evaluation toward achieving certification; certifiers will often have the accreditation to certify for most of the organic standards around the world.

There are several primary tenets to organic certification, and they focus almost exclusively on the land, crops, and livestock: There is a list of prohibited chemical and synthetic substances that are not to be found on organic-certified farms, certain practices that are necessary (such as the use of crop cover), and considerations for the ethical treatment of livestock. Organic certification has no social component, however, and does not touch on areas of farm management such as worker’s rights. In future posts in this series, we’ll explore certifications that do have a social component built-in as well.

Today, several countries (e.g. Canada, Japan) or groups of countries (e.g. the European Union) have their own organic certification standards, which are slightly different from one another. Some of these certifications are internationally accepted, while others require additional certification from separate auditors in order to qualify as certified organic in the country of import. These standards apply both to crops and livestock raised domestically as well as those that are imported into the certifying country.

In order to become certified, a producer (or association) must use organic methods and materials for at least three years before they are eligible to receive the certification. Once they have begun farming organically, they can select a certifying agency in their area, and submit an application for auditing. An inspector will be sent to the farm to create a report, and the certifying agency reviews the application alongside the inspector’s findings. If everything checks out, an organic certification is awarded, and the farm will be subject to annual inspection to enforce compliance.

The cost of certification varies depending on several factors, including the size of the farm or business, the complexity of the analysis and products being sold, and the auditing agency itself. Broadly speaking, organic certification may cost several hundred to several thousands of dollars in fees alone, not accounting for any of the operating costs associated with transitioning to organic methods (if necessary). This cost, as well as the higher relative cost of production to grow certified-organic coffee, is partially why organic offerings are typically priced at a premium.

When a smallholder is a member of a grower’s association or cooperative, the cooperative itself may hold the organic certification, rather than the individual members. The auditing process is still rigorous, and the requirements are the same, but this allows the farmers to defray the cost of certification by sharing it among the group. At the same time, the certification for the entire group is at risk if any of its members refuses or fails to comply with the organic standards. 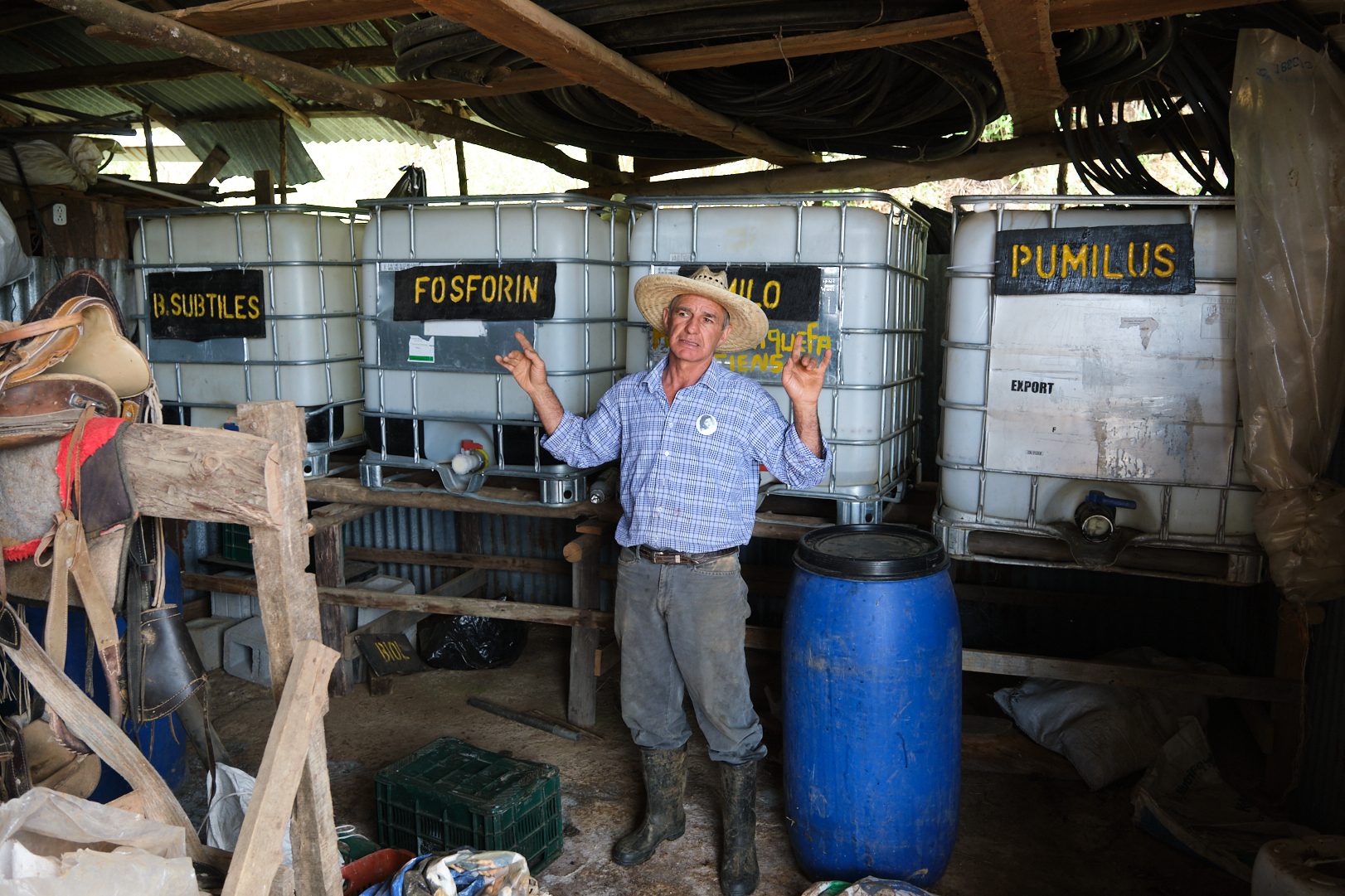 This is one of the most commonly asked questions about organics, and there are several ways to answer.

Is organic coffee better for you? There are countless reports showing coffee’s medical benefits, including its high antioxidant content, its reported ability to lower the risk of diabetes and liver disease, and apparently its Alzheimer’s-blocking powers—all of which are great. Whether or not organic coffee is any better for you overall, however, is still up for debate.

One area where there is some question is whether organic coffee contains more or fewer mycotoxins than non-organic coffee, but studies have shown that the presence of mycotoxins is most affected by the drying and handling of the coffee during and after processing, not during its growth. Furthermore, our findings have been that most of the hubbub around mycotoxins in coffee has been misplaced and misleading: The vast majority of specialty coffee will have very little mycotoxin presence to begin with, and even less after the roasting process, on average.

Is organic better for the environment? The short answer is: Yes. Coffee production uses a lot of resources to begin with, from being nutrient-needy in the soil to needing constant attention to prevent weeds and pathogens, all the way down to the water used in many processing methods and the land it requires to grow, mill, and store it. Adding synthetic chemicals and harsh pesticides to that mix only makes coffee production more taxing on the environment, especially the local flora and fauna—while using organic inputs along with traditional techniques (like growing under shade, using crop cover to prevent weeds, utilizing biological controls for pests) can actually support the ecosystem around the farm.

That being said, there are many places where organic farming is difficult if not impossible, and other circumstances where logistics or finances stand in the way of the official certification.

Is organic better quality? Another one that’s up for debate! It’s difficult to compare apples to apples because producers aren’t able to raise organic and conventional coffee side-by-side on the same farm in order to follow through with scientific method. In fact, producers who grow organic coffee alongside other crops (such as intercropped bananas or vegetables for personal use) need to use organic methodology and inputs on the entire farm, not just the coffee.

Without the ability to do objective comparison of like coffees, the “proof” of quality one way or the other is purely anecdotal. We can say that we’ve seen fewer organic-certified coffees scoring in the high 80s, but our partners at Las Lajas in Costa Rica routinely turn out coffees that do, so we know it’s possible. (They are able to produce both conventional and organic coffees because they own different farms and use different processing equipment for each—a rare and wonderful exception to that rule as well.)

While your mileage may vary regarding the perception of “is organic coffee better than non-organic,” we do happen to think that environmentally sound practices tend to feel and taste great in general, so why not just cup some certified-organic coffees and see if you find one you love? 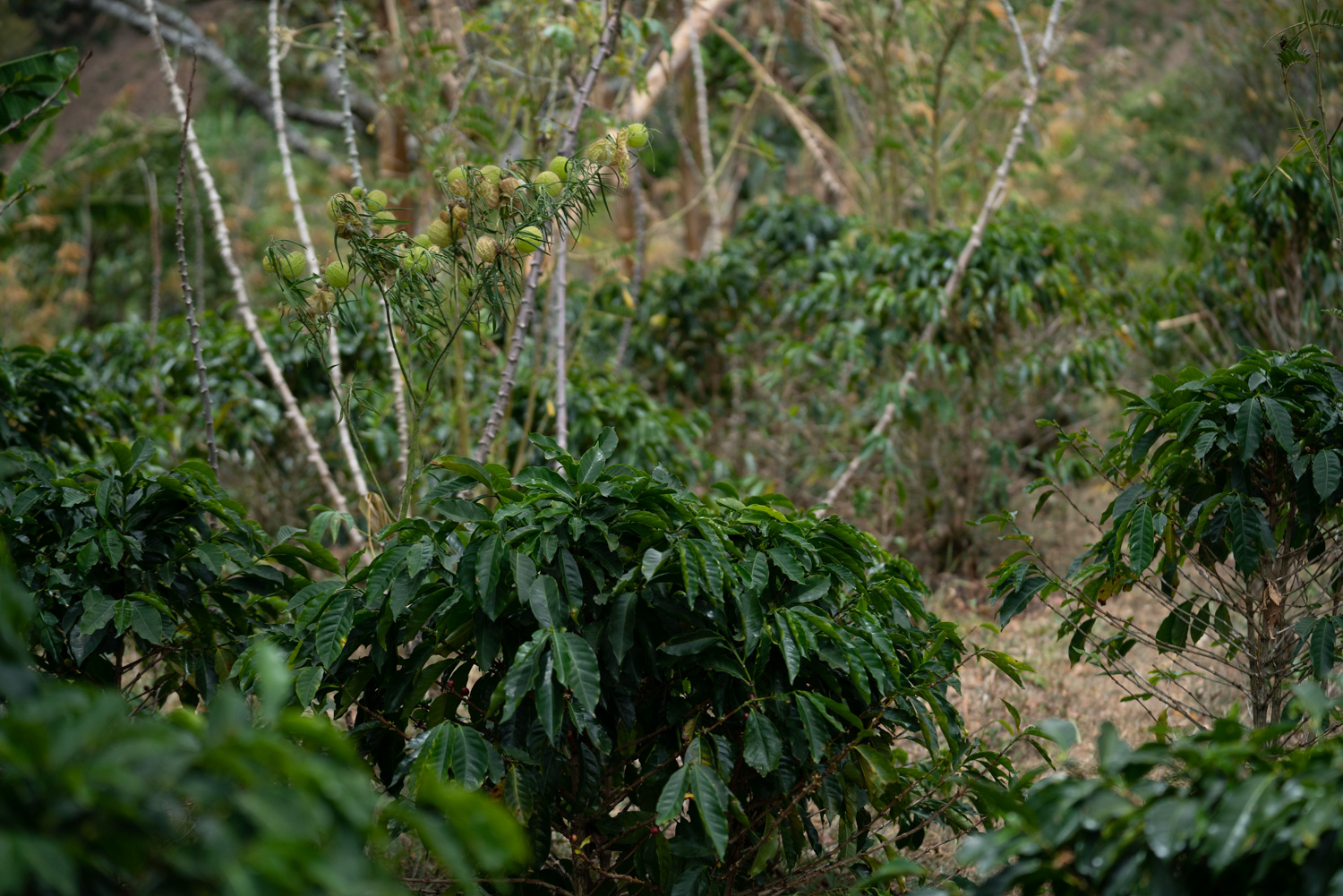 Can I Sell Organic-Certified Coffee?

The rules say that value-added processors (called “handlers” in NOP-speak) of organic-certified coffees also need to have organic certification in order to accurately and legally use the official organic seal on packaging and marketing. If you’re cooking, baking, fermenting, preserving, slaughtering, or, yes, roasting a certified-organic product but aren’t yourself certified-organic, you’re not eligible to use the seal and could come under some governmental fury for mislabeling your packaging.

You’re welcome to continue buying, roasting, and selling organic coffees without being certified, but the language in your marketing will need to say “organically grown” rather than displaying the mark.

The USDA’s Guide for Organic Processors has all the information you need in order to start yourself on the journey to certification: You can find it here.

Cafe Imports holds organic certification and strictly follows the USDA’s handling and storage guidelines in our receiving areas and warehouse. We also always pay a premium price for organic-certified coffees and generally seek producers for whom “organic” is also a way of life. As a company, we have been carbon-neutral for over a decade, and environmentally conscientious practices are at the top of our priorities list.

Still have questions? We’re always happy to talk about organic certification and compliance! Feel free to reach out to your sales representative or e-mail info@cafeimports.com for more information.