Fruit Removal: Typically depulped (skin removed) or demucilaged (skin and pulp removed) within 24 hours of harvest
Fermentation: Depulped coffees are typically held in “fermentation tanks” for 12–72 hours; demucilaged coffees are not commonly held in tanks but moved to drying surfaces or equipment. Fermentation may occur from the moment of harvest until the seeds reach an inhospitable moisture content for them (11% moisture)
Drying Time: On average, 18–36 hours mechanically; 7–15 days on patios, raised beds, or in parabolic dryers
Profile: Clean, articulate flavors; caramel or sugary sweetness; a wide spectrum of fruit acidity depending on other factors; capable of bright, crisp notes

The quickest and arguably the most efficient of the post-harvest processing methods is often called Washed or Wet process, though, confusingly, it doesn’t always require water. This process is the primary method for preparing specialty-quality coffee in most of Africa, Central and South America (with the exception of Brazil, where it’s uncommon), and select parts of the Asia-Pacific growing region.

That being said, generally, in the coffee industry, we describe the “length of fermentation” as being a period of time in which coffee is piled in tanks or held underwater, with the goal of either accelerating or retarding the ability and access that microorganisms have to the fruit material. “Open,” or “dry fermentation” are terms used to describe coffees that are depulped (have their skin removed) and are then placed in open-air tanks or buckets and allowed to sit in their mucilage, typically for 24 hours or less though occasionally for as long as 72 hours. “Underwater,” or “wet fermentation” can take longer, depending on the climate, water quality, and activated populations of microorganisms. 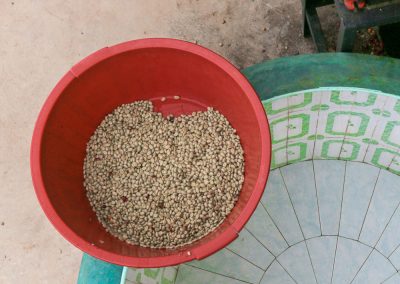 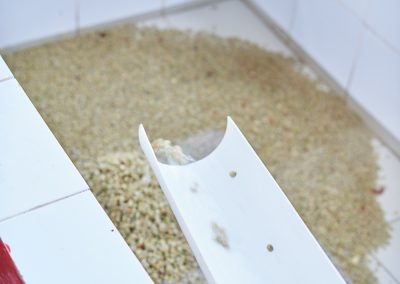 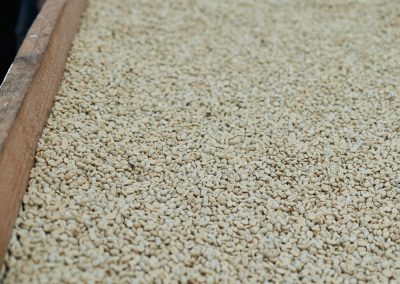