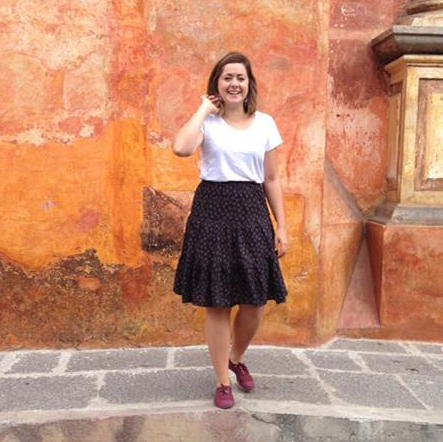 Kc Reynolds began her coffee journey over 10 years ago when she decided to abandon her business degree and study coffee instead. Whilst working as a coffee maker at Brother Buba Budan, she completed her Q-grader course and went on to complete as many olfactory courses as she could find. Then she thought, 'What next?'

In 2011, she joined the ranks of Seven Seeds roasting department as a production roaster, where she learnt infinite ways to turn green coffee brown, spent a lot of hours standing next to a 22kg Probat, and tried not to start too many chaff fires. In 2012, she packed her bags and headed off to first of many overseas coffee-buying trips. Kc became a Cup of Excellence judge in 2014 and later general manager of Seven Seeds, where she could focus full-time on coffee brewing and providing coffee education to staff and customers.

Kc joined Cafe Imports Australia in 2018 and is part of the sensory analysis team. She desires to learn all aspects of the coffee industry, values honesty, and enjoys working with people. She loves to work and this is what gets her out of bed every morning. That and her toddler Oscar…generally around 6am...every day.

When she's not at work you can find Kc poking around in the garden and turning over compost; playing with her beehives, kissing babies, or on the yoga mat.