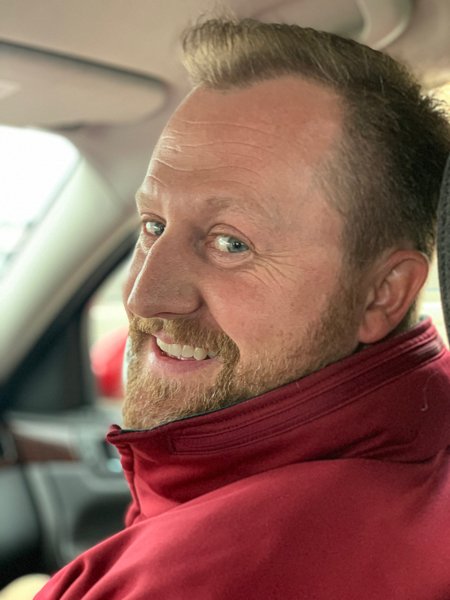 Joe is a Minnesota native, growing up in a small town only to move to another small town for college at Saint John’s University. There he transitioned from the Dew to coffee while studying abroad in a small Spanish city.

After college he spent time in construction, sales, and after a short time living in a medium sized city (Minneapolis) he finally went back to his first labor-love, camping. And lived in the woods. Joe served at Camp Director for YMCA Camp Ihduhapi for 6 years. During that time, he learned that mentoring others was his true passion and working with international camp counselors, campers, and partners was the best part of his day.

After meeting the love of his life, Jessica, a Spanish native, they decided to move to Minnesota. She is still not sure how he tricked her into it (re: winter). This is when Joe started working in human resources, fulfilling his work in mentoring others, but in another way.

Along the way, Joe’s coffee love has only increased. His favorite forms of coffee are café con leche, cortado, cold brew, and a steaming hot pot of French press.

His true food love is pizza. Joe worked at three different pizzerias in his lifetime and would eat it every day. Buy Joe pizza.

Joe likes to take short/long walks at the speed of his 14-year-old Basset Hound, biking, traili hiking, canoeing in the BWCA or anywhere, camping, road trips, jamón serrano, having a craft brew with friends, lawn bowling, and traveling as far and wide as his imagination.