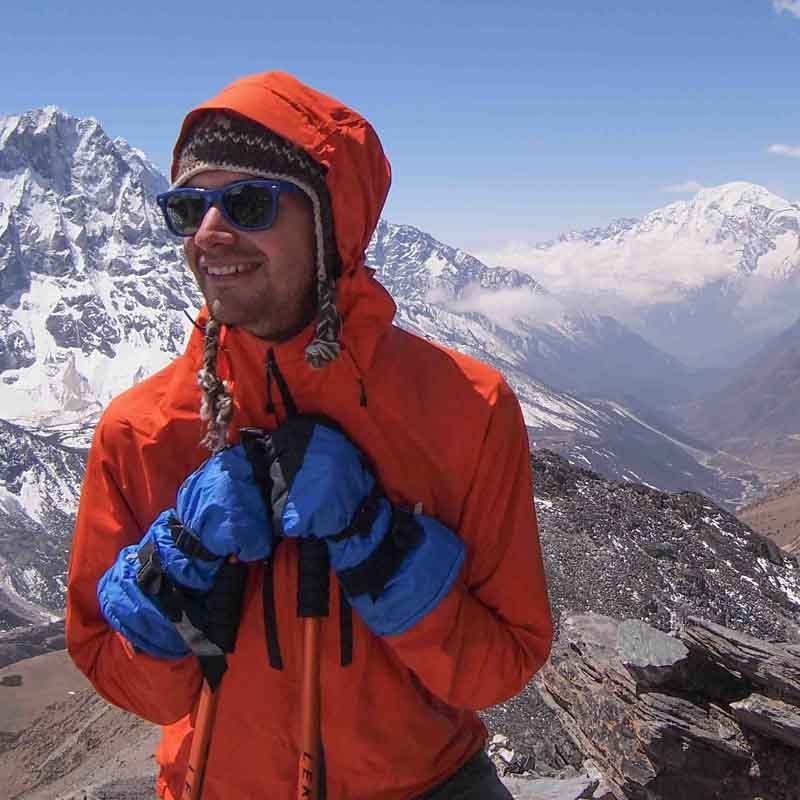 SVP of Risk Management and Sourcing

Max grew up in the western suburbs of Minneapolis and spent his childhood watching “diggers,” playing outside, and taking his toys apart. When it came time to think about college, his parents told him, “No less than 500 miles from home!” So he settled on Tufts University in Boston, Mass., where he studied civil engineering during the school year and led canoe trips at Camp Menogyn in northern Minnesota during the summers. (That is also where he met his wonderful future wife, Katie).

After college, he got a job as an engineer in Boston, designing big underground stuff and getting paid to watch “diggers” dig. The land-living lifestyle was great, but what’s better than living on land? Living on a boat! So, Max and Katie decided to move onto a boat which they docked in the heart of Boston’s North End. They lived happily aboard “Nadowe” for four years.

It was during his time on the boat that Max became interested in coffee: A friend told him, “Hey, I roast coffee at home, it’s delicious.” Liking things that are delicious, he set to Interneting; after a few hours he was hooked. Coffee roasting became his new favorite hobby, but the popcorn popper wasn’t quite controllable enough. So he started taking apart and rewiring home appliances to create a custom roasting contraption (see also Childhood Activities, above).

Life was great on the boat, but the call of Minnesota was too strong, so Max and Katie decided to move back to the homeland. They took the long, slow way, via Asia for four months.

One day Max decided that he should buy his green coffee locally, and wound up at the Cafe Imports website, where he discovered that they were hiring in the trading department. The rest, as they say, is history.

He tells his wife (almost) every day how much he loves his job at Cafe Imports.