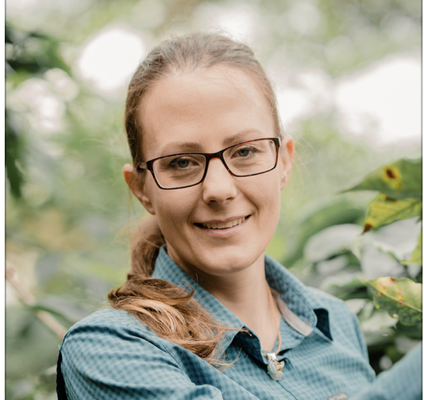 Dr. Taya Brown is originally from Seattle and has a strong background in agriculture, with several years of experience in both annual and perennial farming and degrees in Organic Agricultural Food Systems, Plant Biology, and Horticultural Sciences. Though Taya grew up in the 2nd wave coffee mecca of Seattle, Washington, held barista jobs as a teenager, and has always loved the flavor of coffee, she came to work in the coffee industry professionally through a drive to travel the world and study connections between socioeconomics and global food security. She lived in Guatemala for the better part of six years, where she has investigated linkages between socioeconomics, vulnerability, farmer perspectives, project implementation, soil sciences, profitability, and the acceptance of coffee hybrids within smallholder coffee farming communities. Through working in Guatemala, and as Co-Founder of the Center for Coffee Research and Education at Texas A&M University, she identified a dire need for science-based study and education along the full coffee supply chain. Her goal has since been to support the advancement of evidence-based conversations and understanding in coffee and to empower all industry actors to make decisions from a place of holistic and scientific understanding.

She’s a big nerd (surprise, surprise), so is up for conversations about a wide range of things. One of her hobbies is rockhounding and collecting, mostly focused on fossils. She’s usually actively involved in growing, foraging, preparing, preserving, and eating foods, with a special focus on food preservation of all kinds. She loves culture and exploration and goes most places with her dog Leona, who she found as a stray many years ago at a bus station in Mexico.